As US gun rights advocate David Keene rehearsed his speech for graduating students at Las Vegas’ James Madison Academy, he encouraged them to defend the country’s Second Amendment and go after their dreams.

“My advice to you is simple enough: follow your dream and make it a reality,” the former National Rifle Association president said from an outdoor stage.

“And never for a minute doubt that you can achieve that dream.”

But Mr Keene didn’t know that there would be no ceremony. He also didn’t know James Madison Academy doesn’t even exist.

The sea of empty chairs before him had been set out to represent 3,044 students from this year’s class who wouldn’t graduate after losing their lives to gun violence in the US. 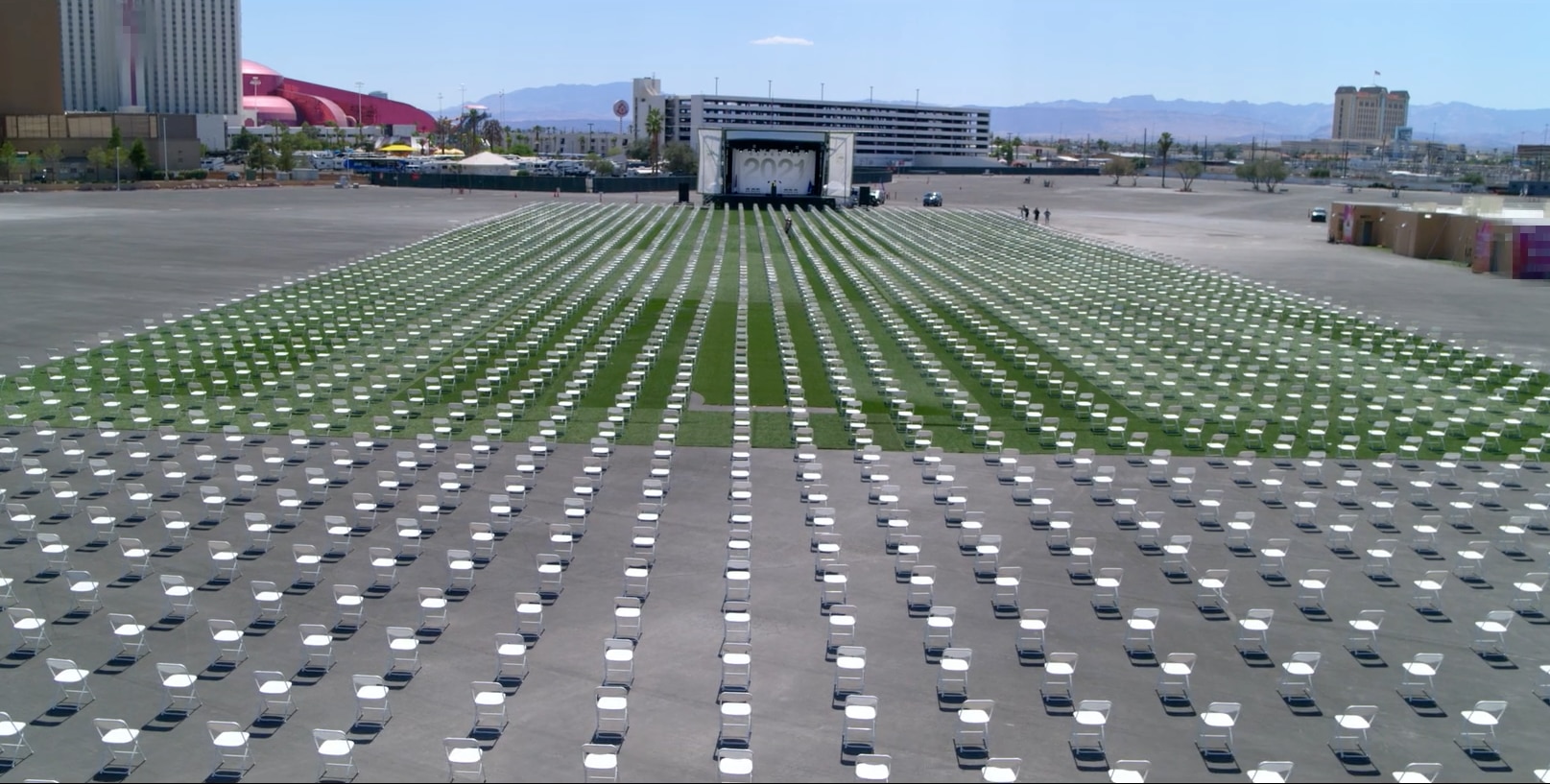 Both he and fellow gun advocate John Lott Jr were earlier this month duped by Change the Ref, a gun control organisation founded by Manuel and Patricia Oliver, in memory of their son Joaquin.

The teenager was one of 17 people killed in the Parkland, Florida school shooting in 2018, the same year he was due to graduate.

Change the Ref this week shared a video of Mr Keene’s speech, in which a camera pans over rows and rows of empty seats as he spruiks the Second Amendment right to keep and bear arms.

“There are some who will continue to fight to gut the Second Amendment, but I’d be willing to bet that many of you will be among those who stand up and prevent them from succeeding,” he said.

“Defending it is a challenge and a duty that Americans like you, who understand what has made the country the envy of the world, must accept as their own.”

His words are interspersed with audio from 911 calls reporting school shootings, and at one point, the sound of gunshots. A video of Mr Lott Jr’s speech follows a similar format. 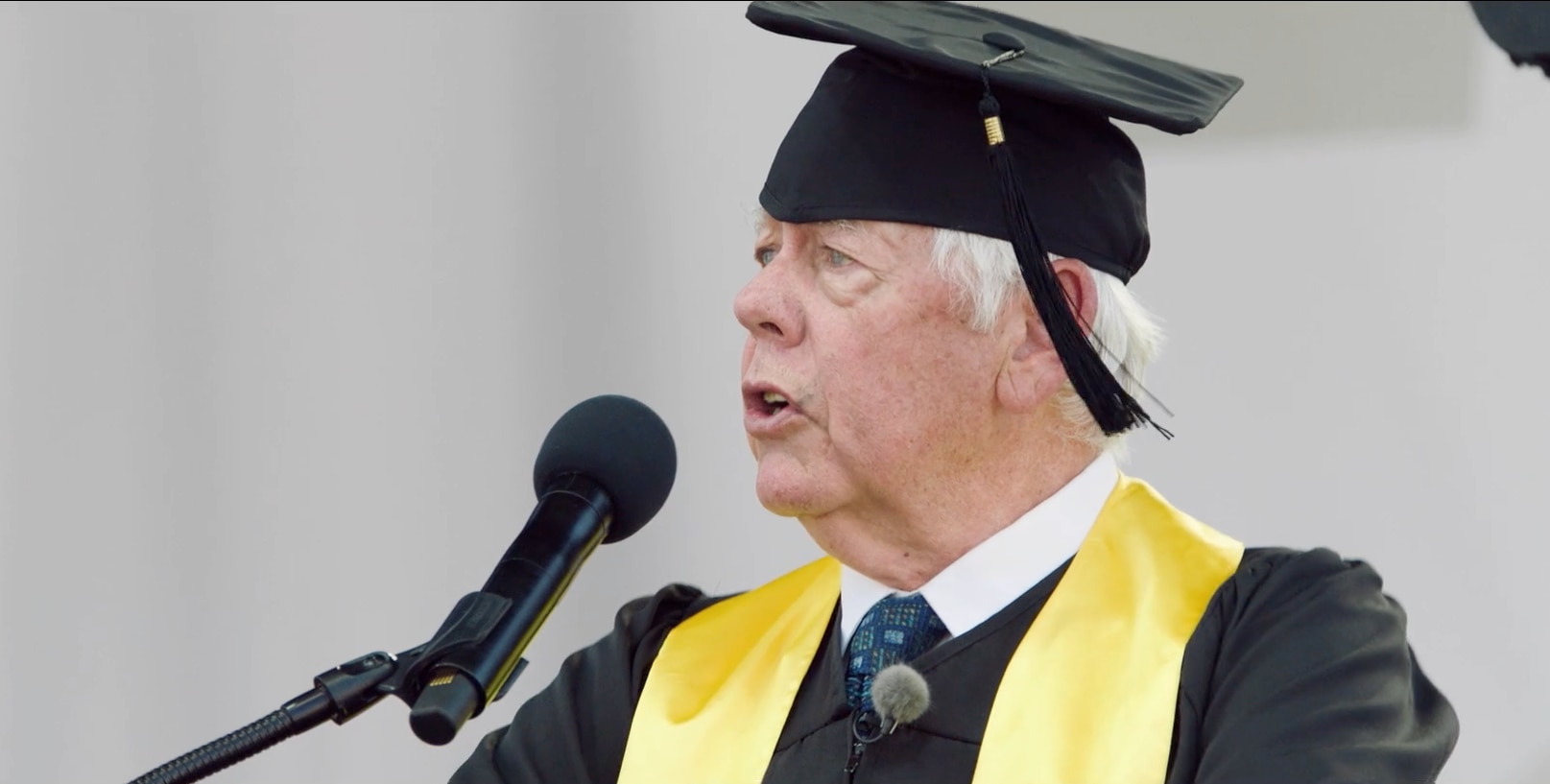 Change the Ref has used the video to encourage people to sign its “lost class” petition for universal background checks on gun sales.

“That’s why we need to work together to make sure we don’t continue to lose more graduates to guns.”

In an interview with CNN, Manuel Oliver said the group wanted to call out the men’s beliefs “and put it out there so everyone knows”.

“They might be mad, they might feel like fools – honestly, it’s not about them. It’s about the 3,044 chairs that were missing a student because of gun violence,” he said.

“And those two guys are part of a problem, and they are far away from being part of a solution.”

Mr Lott Jr’s Crime Prevention Research Center suggested in an online article that the video of his speech had been deceptively edited.

The videos circulated this week as US President Joe Biden laid out new measures to tackle the country’s gun crisis, amid spikes in shootings, homicides and armed robberies in major cities.

“We have an opportunity to come together now, as Democrats and Republicans, as fellow Americans, to fulfil the responsibility of government in our democracy: to keep each other safe,” Mr Biden said, urging Congress to act on gun control legislation.

The US House of Representatives passed two bills in March aimed at enhancing background checks and closing a loophole related to a deadly 2015 church shooting in Charleston, South Carolina.

But they are unlikely to pass the Senate, where Democrats would need at least 10 Republicans to vote with them to reach the 60 votes necessary to advance the legislation.

Macron shows support for Australia’s leadership in the Indo-Pacific