A judge has shot down American pop singer Britney Spears’ request to have her father removed from her conservatorship – at least for now.

The documents are not in direct response to last week’s hearing, where Spears gave explosive testimony as she fights for an end to her conservatorship. Though Spears delivered a powerful 24-minute statement, the judge cannot make any ruling based on what she said as she still has yet to file a petition to terminate it.

“The conservator’s request to suspend James P Spears immediately upon the appointment of Bessemer Trust Company of California as sole conservator of estate is denied without prejudice,” the court documents filed on Wednesday stated.

The new court filings are another legal setback for the singer, but the judge’s denial is nothing new. Mr Ingham had filed the request to remove Spears’ father back in November 2020, stating that his client was “afraid of her father” and would refuse to perform again, if her father continued to be in charge of her career.

At that time, Judge Brenda Penny declined to suspend her father from the conservatorship, though she did not rule out future petitions for his removal or suspension.

Also, at that time, the judge appointed financial company Bessemer Trust as a co-conservator.

Wednesday’s paperwork was solely intended for the judge to approve Bessemer Trust as the co-conservator, but also reiterates the judge’s decision to not remove the elder Spears from the pop star’s conservatorship. Fans and supporters of Britney Spears gather outside the County Courthouse in Los Angeles.

However, it’s significant that the document was signed by Judge Penny on 30 June – after the singer’s testimony where she told the judge that her conservatorship was “abusive”.

‘I just want my life back’

Spears gave her 24-minute testimony last week, marking the first time she had publicly addressed the court in her 13-year conservatorship. While speaking to the judge, Spears said that her dad enjoys controlling her life, and stated that she believes her conservators, including her father, should be in jail, and that she wants to sue her family.

“I’m not happy. I can’t sleep. I’m so angry. It’s insane,” she said, adding that she cries every day.

“I truly believe this conservatorship is abusive. I want changes, I deserve changes,” Spears pleaded.

Spears said she wanted to get married again and have a baby. But she said she has a contraceptive device that she wants removed, but is not allowed to go to the doctor “because they don’t want me to have children”.

“I have an IUD inside of myself right now so I don’t get pregnant. I wanted to take the IUD out so I could start trying to have another baby,” she said.

“I was told right now in the conservatorship, I’m not able to get married or have a baby.” 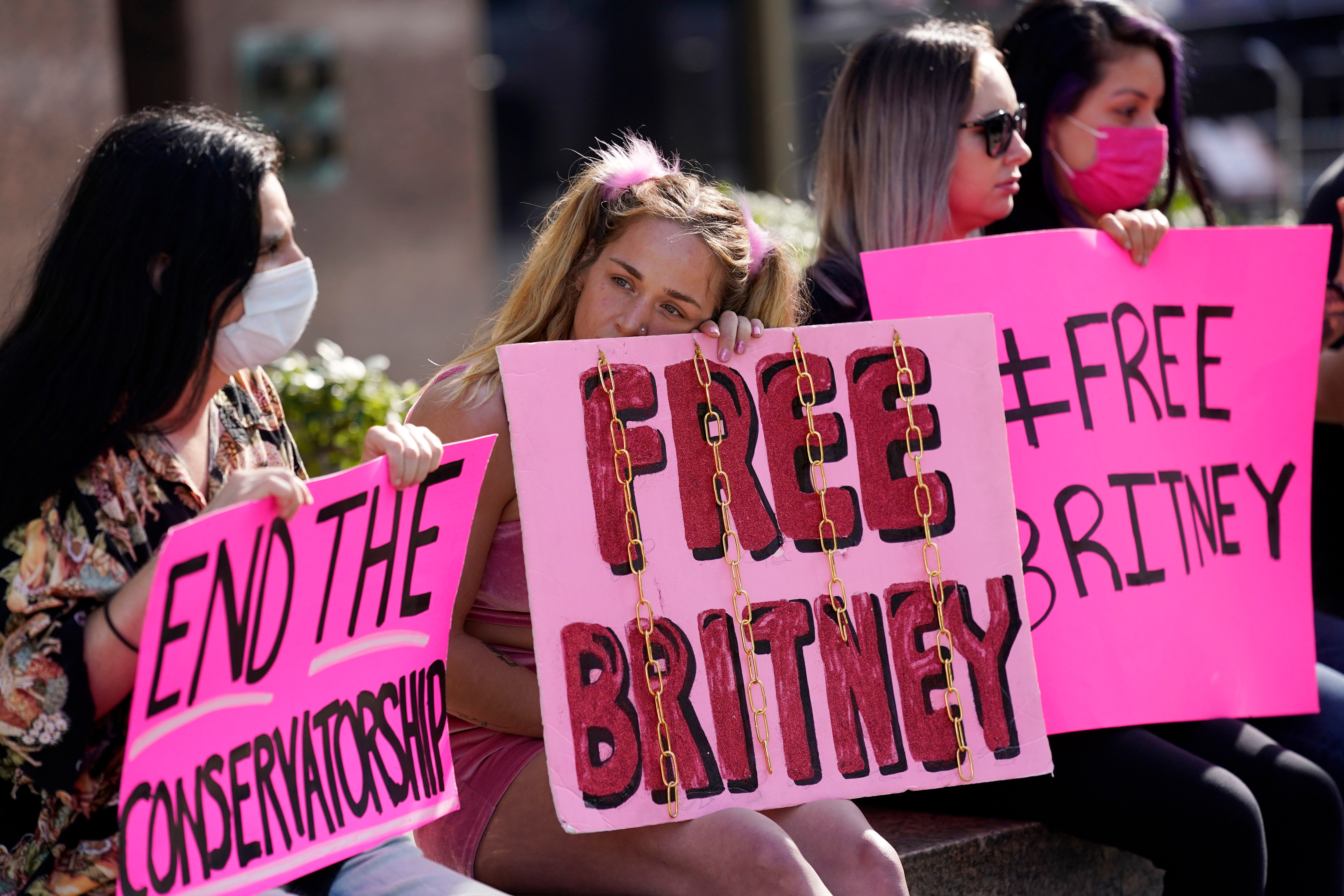 Spears’ case has garnered an enormous amount of global attention, with pressure mounting to support the pop star and remove her father from the conservatorship.

Wednesday’s court filing states that the court found Spears to be “substantially unable to manage his or her financial resources or to resist fraud or undue influence”.

Spears’ father has been her co-conservator since 2008, when the singer suffered a very public breakdown. He became sole conservator in 2019 after attorney Andrew Wallet resigned from co-conservatorship.

In September 2019, he temporarily relinquished his powers and Jodi Montgomery became the conservator of her person, meaning she is responsible for Spears’ medical and personal wellbeing.

Spears’ father remains the sole conservator of her estate, managing all of her finances – while making a hefty sum of her annual multi-million dollar earnings, given that Spears has continued to record music and perform regularly at her residence in Las Vegas, while under her restrictive conservatorship. Britney Spears has told a US court she wants her conservatorship to end as soon as possible.

Earlier on Wednesday, Variety reported that the attorney of Spears’ father filed paperwork on his behalf, pointing the finger at Ms Montgomery with the father’s perspective being that he loves his daughter, is very concerned and has done nothing wrong.

“Mr Spears is concerned about the management and care of his daughter,” his attorney said in the documents.

“Based on her statements to the court, Mr Spears is concerned that the petition to appoint Jodi Montgomery filed by Ms Spears’ court-appointed counsel Samuel D Ingham III does not reflect her wishes.

“Ms Spears told the court on 23 June that she is opposed to being under a conservatorship and revealed her ongoing disputes with Ms Montgomery about her medical treatment and other personal care issues.”

Ms Montgomery strongly denied the elder Spears’ stance with her attorney fighting back, releasing a statement that she is a “tireless advocate for Britney and for her wellbeing”.

Meanwhile, despite her father’s perspective and the judge’s ruling, the pop star has made her stance clear: she wants her father out, and wants to end her conservatorship altogether without further evaluation.

“I cried on the phone for an hour and he loved every minute of it,” Spears told the judge, referring to her father. “The control he had over someone as powerful as me – he loved the control to hurt his own daughter 100,000 per cent. He loved it.”

Spears pleaded to the judge: “I just want my life back. And it’s been 13 years. And it’s enough. It’s been a long time since I’ve owned my money. And it’s my wish and my dream for all of this to end without being tested.”

Amid Australia's confusing advice on AstraZeneca, this is how other countries are using it

Axiom Space to take three more astronauts up to ISS