An anti-racism taskforce is being set up in Victoria to advise the state government on the development of a strategy to address race and faith-based discrimination.

The taskforce, set to be announced on Wednesday, will consider issues such as unconscious bias, privilege, and how race intersects with other forms of discrimination, as well as how racism manifests through employment and in access to services.

It will consist of members of the Victorian Multicultural Commission, Human Rights Commission and the wider community, and consult directly with communities.

“We are keen to hear the community ideas for what action will look like,” Victoria’s Aboriginal Affairs Minister, Gabrielle Williams told SBS News ahead of the launch.

“That is the job of taskforce, to explore the best ways that the government can tackle things like Islamophobia, anti-Semitism, racism, and vilification – the things that we know far too many Victorians continue to experience.” The co-chairs of the taskforce said the group’s focus would be on ensuring people don’t have to deal with racism alone.

“Too many have felt they cannot go to the authorities. Too many have been isolated by cultural and systemic barriers. That cannot continue,” Labor MP and Yorta Yorta woman Sheena Watt said in a joint statement with Parliamentary Secretary for Multicultural Affairs Josh Bull.

The pair said listening would be a big part of the taskforce’s approach.

“We have to get better at listening. Confronting racism and vilification won’t be easy. Terrible stories will be told. But we need to hear them.”

The taskforce announcement comes alongside more than $3.8 million in new funding for 42 community anti-racism initiatives.

One of those programs, a trial to empower members of the South Sudanese community to combat racism in the rental housing market, has received $70,000 in funding.

The idea for the Tenants Victoria initiative came out consultations with the community, the organisation’s Farah Farouque said, and after hearing about stories of ‘rental racism’.

One of those incidents involved a single, self-employed mother of four children from the South Sudanese community seeking a rental property in an outer suburb in Melbourne’s west.

“She signed up for a property which met all her needs, and then a real estate agent started probing her about whether she really did have the four children she had declared, and that she may have more children than four,” Ms Farouque said. 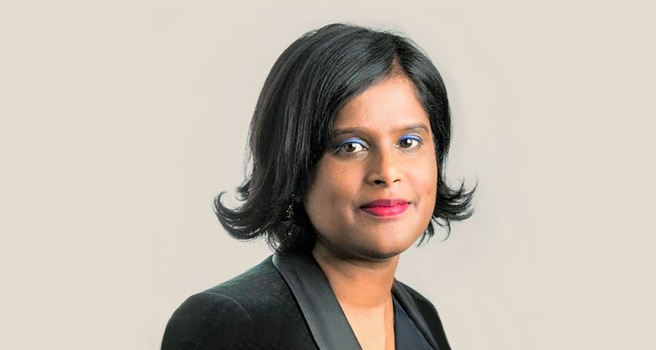 “She happened to be from a South Sudanese background and her family felt very targeted. Then the real estate agent said: ‘We’ll make sure. We’ll do some spot checks.’

“The family were very disturbed by the idea that they were moving into a rental property, their home, and then be subject to spot checks [like that]. The South Sudanese community have larger families and certain assumptions were made.”

Ms Farouque said sometimes “it is not just a question of equipping people with knowledge of their rights – sometimes stronger action is needed”.

She said the hope is that the trial can lead to further outreach with emerging cultural communities.

“I think this is a building block. I would hope that the success we can have from this program would lead to more funding for more extensive outreach for renters in diverse cultural communities.”

Other organisations that have been awarded grants include the Ballarat Regional Multicultural Council, which will receive $70,000 to deliver anti-racism and bystander training.

Non-profit Youth Activating Youth has been awarded $110,000 to increase young people’s knowledge of their rights in the face of racism.

Rumbalara Football Netball Club, in partnership with the Kaiela Institute, has been given $100,000 to deliver courses that improve understanding of Indigenous culture and reduce racism in the Goulburn Valley.