Facebook Twitter LinkedIn Pinterest WhatsApp
Summary show
Behind his infectious smile and cheeky spirit, baby Cooper was suffering.
It was devastating,” Ms. Tierney told SBS News of Cooper’s time in and out of the hospital.
Supplied
What is mitochondrial disease?
Mitochondrial disease can occur when mitochondria stop working and fail to produce energy.
Sadly, most children diagnosed with the disease die in the first five years of life.

Behind his infectious smile and cheeky spirit, baby Cooper was suffering.

Shortly after he was born, Elizabeth Tierney’s son was diagnosed with a rare and life-threatening form of mitochondrial disease, also known as mito.

According to the Australian Mitochondrial Disease Foundation, the debilitating genetic disorder starves the body’s cells of energy, causing multiple organ dysfunction or failure and potentially death.

It was devastating,” Ms. Tierney told SBS News of Cooper’s time in and out of the hospital.

“We had oxygen tanks; he was receiving 26 doses of medication each day … you don’t plan a family with the thought that even existed.”

Elizabeth Tierney’s son Cooper was diagnosed with a severe form of mitochondrial disease.

A fighter to the end, Cooper lost his battle with the disease after just six months. Now, his mother hopes to see a new technique introduced to help prevent the disease.

What is mitochondrial disease?

Mitochondria are found in the fluid surrounding the nucleus of cells and are responsible for making about 90 percent of the energy the body needs to function, the AMDF says. To work, mitochondria have their own mitochondrial DNA (called mtDNA).

Mitochondrial disease can occur when mitochondria stop working and fail to produce energy.

It can appear mild, with little or no symptoms, or severe and potentially life-threatening.

The disease can potentially cause strokes, hearing and sight loss, and the inability to walk, eat, swallow or talk. It can also lead to liver disease, diabetes, heart, respiratory and digestive problems, and intellectual disabilities.

One Australian baby is born every week with a severely disabling form of the disease, according to the ADMF.

Sadly, most children diagnosed with the disease die in the first five years of life.

The disease can be caused by genetic mutations in the nuclear DNA, inherited from a mother and a father, or mtDNA, which is passed on from the mother. In Tierney’s case, Elizabeth and her husband Robert passed on a sporadic genetic mutation in a nuclear gene to their son, triggering the disease.  In the other half of all known cases where the disease is caused by mtDNA mutations, the only option for most couples to prevent it from being passed onto their children is an IVF procedure called “mitochondrial donation”.

'Risk is minuscule': New Zealand urged to fine-tune its approach to trans-Tasman bubble 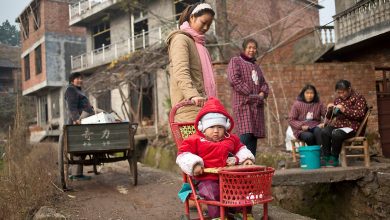 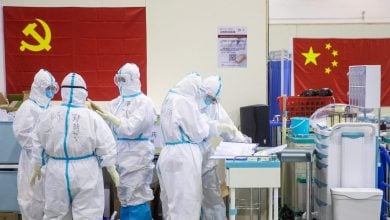