Prime Minister Scott Morrison took many people in Australia by surprise on Monday evening when he announced anyone under the age of 40 could now have the AstraZeneca COVID-19 vaccine.

That confusion only mounted over the following days, when both the Australian Technical Advisory Group of Immunisation (ATAGI) and the Australian Medical Association insisted the vaccine should still only be used in those over the age of 60 due to the very small risk of blood clots in younger patients.

How are other countries using the AstraZeneca vaccine?

The United Kingdom was first to roll out the AstraZeneca vaccine back in January and originally approved it for adults of all ages.

In April, that advice was updated to over 30s, after the UK’s medicines safety regulator recorded 79 blood clots and 19 deaths after 20 million doses were administered. That gave a risk of about four in one million developing a blood clot, and one in a million of death. 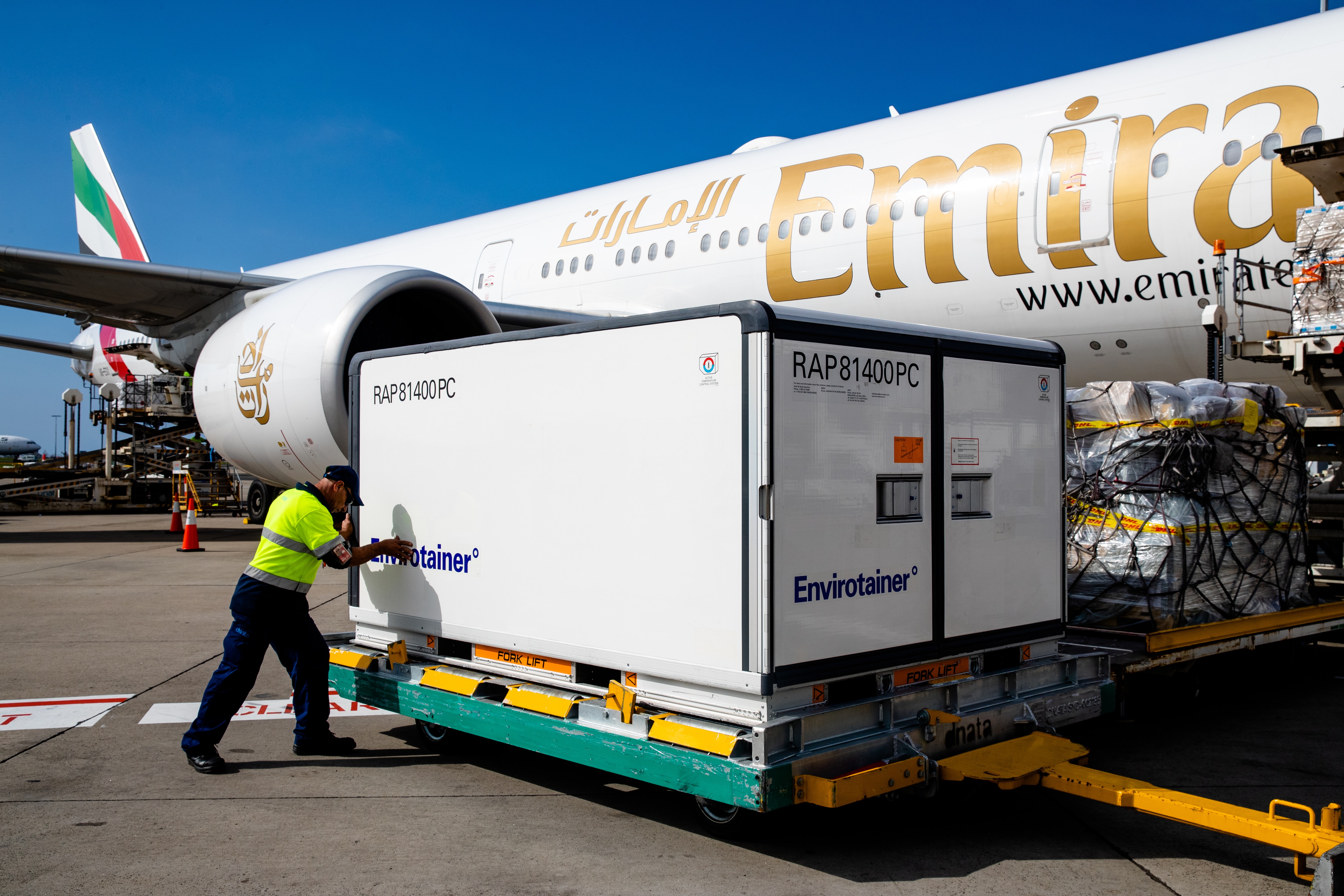 The first Australian shipment of the AstraZeneca COVID-19 vaccines arriving in Sydney in February.

In May, the advice was further revised to only over 40s being able to have the AstraZeneca vaccine after the numbers rose to 242 clotting cases and 49 deaths after 28.5 million doses.

But Britain’s access to alternative vaccines Pfizer and Moderna means all adults are now able to get vaccinated, and almost 80 per cent have already had their first dose.

In Germany, after earlier limiting the use of the AstraZeneca vaccine to the over 60s, the country now allows anyone over the age of 18 to receive it.

South Korea also lifted its over 60 rule in April to allow anyone under 30 to get AstraZeneca, with the country’s Disease Control and Prevention Agency saying the benefits outweighed the risks.

Countries that allow unrestricted use of the vaccine include the Philippines, Brazil, Indonesia and Mexico.

But Australia is not the only country to take a more cautious approach. Italy and Spain are also restricting the use of AstraZeneca to the over 60s, while Denmark and Norway have stopped administering the jab altogether.

Why does the advice differ?

RMIT immunologist Dr Kylie Quinn said the availability of alternative vaccines in any given country, including Australia, was a critical factor.

“When you’re considering whether a medication is approved and recommended within a community, you also need to consider whether there are alternatives available,” she told SBS News.

“For example, is there an alternative available that would be better suited to a particular age group?” Dr Quinn said there was also evidence around the world that higher case numbers of COVID-19 also led to an increase in the desire to get vaccinated.

“Patterns we’ve seen around the world are when it first became clear these vaccines were going to be highly protective against COVID-19, there was a surge in intent to take up the vaccine,” she said.

“And when we are faced with the impacts of COVID-19 in our life – health impacts, but also those broader impacts on our ability to open up as a community and avoid lockdowns – then that certainly explains the increased interest in getting these vaccines, too.”

How effective has the AstraZeneca vaccine been so far?

AstraZeneca’s efficacy varies slightly depending on what happens to be the dominant variant of the virus in any given setting.

One Oxford University study found two doses of AstraZeneca given 12 weeks apart has an efficacy of 82.4 per cent.

The Pfizer and AstraZeneca vaccines are powerfully protective against Covid, including existing variants. Vaccine efficacy against hospitalization 14 days after second dose, according to one study:

But a British study recently found AstraZeneca prevents hospitalisation in 92 per cent of Delta variant cases, meaning it is still highly effective in preventing serious illness.

The number of daily new cases also dropped in the UK as the vaccine rollout gained pace, falling from a seven-day average of almost 60,000 in January to just under 2,000 in May.

Cases did rise again in Britain in June and now have a seven-day average of about 17,000, with experts blaming the highly infectious Delta variant.

What is the risk of blood clots around the world?

In very rare cases, the AstraZeneca vaccine can cause the body’s immune system to activate more platelets, making them stick together and cause blood clots. This is called thrombosis with thrombocytopenia syndrome, or TTS.

Earlier this month, the EU’s drug regulator said it had recorded 405 cases of TTS after about 45 million doses of the AstraZeneca vaccine.

Around the same time, Britain confirmed it had recorded 389 cases of TTS after 44.1 million doses of the vaccine, 68 of which resulted in death.

In Australia, 64 cases of TTS have been recorded after approximately 4.2 million doses of AstraZeneca, with two of those cases eventuating in death.

University of Sydney clinical epidemiologist Professor Robert Booy told SBS News the risk of developing a blood clot from COVID-19 itself was about 10 times higher.

“We know the AstraZeneca vaccine carries a risk of having a serious clotting syndrome as a side effect of about 1 in 100,000, and the risk of actually dying from that is about 5 per cent,” he said.

Why is Australia taking a more cautious approach?

Until recently, Australia’s slower approach to the vaccine rollout could be justified by the absence of community transmission of COVID-19, with most virus leaks from hotel quarantine handled within a few days.

Now, more than half the nation is in lockdown, and the past week has seen locally acquired cases in six of eight states and territories.

Professor Booy said while Australia’s case numbers are still far lower than those seen overseas, the virus’s renewed presence has changed the conversation around its vaccine rollout.

“What we are experiencing right now in Australia is areas of community spread, where people rightly feel in imminent danger.”

“So the balance we have to address in Australia of risk versus benefit has come into focus because we have potential disease which carries a much greater likelihood of hospitalisation and clotting and dying.”

Professor Booy said the Immunisation Coalition, of which he is a member, is currently developing a risk-benefit calculator to help Australians make informed decisions about getting the vaccine.

“The simple fact is we have the AstraZeneca vaccine which is both safe and effective at almost any age,” he said.

“I think there’s too much politics and not enough logic in the discussion that’s going on.”

NSW has made changes to its vaccine rollout. Here’s what you need to know