Another police shooting in the United States has sparked fury, with the dead man’s family accusing the cops of “executing” him. The family of Andrew Brown, an African-American man who died after being shot by police in North Carolina last week, has labeled his death an “execution” after viewing body camera footage of the incident. Mr. Brown, a 42-year-old father of seven, died in Elizabeth City last Wednesday. Authorities said he had a history of drug offenses and resisting arrest and was shot while attempting to execute search and arrest warrants. According to witnesses, police fired on him repeatedly while trying to leave the scene in a car.

A probable cause affidavit, obtained by local media, showed police had been watching Mr. Brown for more than a year and suspected he was dealing in cocaine, heroin, and methamphetamine. An official autopsy has not been released yet. Still, today the Brown family’s lawyers held a media conference outside the Pasquotank County Sheriff’s Department to reveal the results of an autopsy they had commissioned privately.

That autopsy, conducted by Dr. Brent Hall yesterday, found Mr. Brown was shot five times. He suffered four non-fatal wounds to his right arm and a fifth injury to the back of his head. Dr. Hall concluded the fifth bullet penetrated Mr. Brown’s skull and brain, killing him.

““This was a fatal wound to the back of Mr. Brown’s head as he was leaving the site, trying to evade being shot at by these particular law enforcement officers, who we believe did nothing but a straight out the execution,” said Wayne Kendall, one of the lawyers.

“(It is) no doubt against police practice to shoot into a moving vehicle to a person who posed no threat whatsoever to the officers on the scene.” “Yesterday, I said he was executed. This autopsy report showed me that was correct,” said Mr. Brown’s son, Khalil Ferebee.

“Those three gunshots to the arm, they weren’t enough? That wasn’t enough? He was trying to get away. It’s obvious. And they’re going to shoot him in the back of the head?

Summary show
“That s***’s not right! That’s not right at all. Stuff has got to change.”
“Let’s be clear, this was an execution,” said Ms. Lassiter.
Eventually, he reversed out of the driveway, going around the truck to escape.

After viewing limited body camera footage of the shooting, the family and its lawyers offered similarly harsh words yesterday – just 20 seconds of it from a single officer’s camera. Under North Carolina law, that footage cannot be released to the public without a court order.

“My dad got executed just by trying to save his own life. The officers were not in no harm of him at all. It’s just messed up how this happened,” said Mr. Ferebee.

Another of the lawyers, Chantal Lassiter, described the footage in detail. She said Mr. Brown’s hands were clearly on the steering wheel of his car, and he posed no threat to the officers.

“Let’s be clear, this was an execution,” said Ms. Lassiter.

She said the 20 seconds started with police already running towards the vehicle and shooting while yelling for Mr. Brown to show them his hands.

“He still sat there in his vehicle with his hands on the steering wheel while being shot at,” said Ms. Lassiter.

Eventually, he reversed out of the driveway, going around the truck to escape.

“There was no time in the 20 seconds we saw where he was threatening the officers in any kind of way. He was trying to evade being shot,” Ms. Lassiter said, stressing she had watched the footage “numerous times” to make sure she had a “clear understanding”.

Pasquotank County Sheriff Tommy Wooten and his Chief Deputy Daniel Fogg said they had filed a motion in court to release the video to the public.

“Those who claim that the sheriff’s office can release the video either does not know North Carolina law, or they are purposely trying to inflame a tragic situation,” Deputy Fogg said.

NHL could adjust playoffs for travel restrictions in Canada 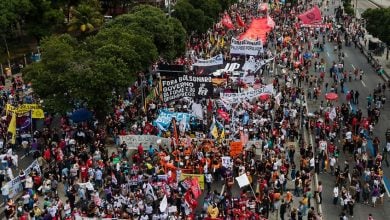 Australian firefighters are still reeling from the Black Summer bushfires 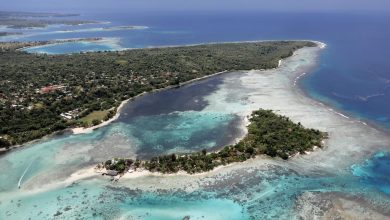