A West Australian woman in her 40s is believed to have developed blood clots after receiving the AstraZeneca coronavirus vaccine.  On Tuesday morning, the Vaccine Safety Investigation Group, which advises the Therapeutic Goods Administration, announced the “likely” link between the blood clots and the vaccine. It is the second Australian report of a case of rare blood clots after a 44-year-old Melbourne man developed the condition following his AstraZeneca vaccination last month.

#Breaking: The Therapeutic Goods Administration says there’s been a second case of rare blood clots in Australia ‘likely’ to be linked to the AstraZeneca vaccine. The case occurred in a woman in her 40s who was vaccinated in Western Australia. @SBSNews #auspol pic.twitter.com/4LRzjSPUp5

The woman presented at the emergency department of a regional WA hospital about a fortnight after receiving the jab in mid-March. She was then flown to Royal Darwin Hospital, where she was admitted to intensive care. On Tuesday afternoon, WA Health Minister Roger Cook said she was recovering well and stable.

“Her family has authorized us to say that her progress has been very positive and that she is recovering well,” he told reporters. Expert advisers to the TGA have concluded the latest incident is similar to blood clotting cases seen in Europe and the United Kingdom.

There have been about 700,000 doses of AstraZeneca vaccines administered in Australia, so the two clotting cases equate to a frequency of one in every 350,000 people. “It is an infrequent finding [and] your chances of winning the lotto are much higher,” TGA chief John Skerritt told reporters on Tuesday afternoon.

The United Kingdom has found the overall risk of these rare blood clots was approximately one in 250,000 people who received the vaccine. The rare blot clotting disorder recently resulted in the AstraZeneca vaccine being no longer recommended to Australian adults under 50, throwing the national vaccine rollout into disarray. People who have received the AstraZeneca vaccine have been asked to look out for symptoms including severe or persistent headaches, blurred vision, shortness of breath, chest pain, leg swelling, or abdominal pain. Symptoms also include unusual skin bruising and pinpoint round spots beyond the site of injection. 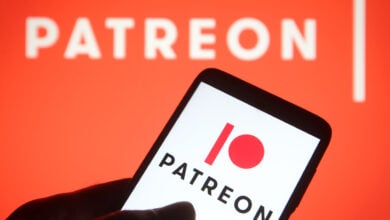 Patreon may let you reward creators with crypto