Emails released by the US Government have revealed the top adviser knew of Covid’s “unusual features,” which may mean it came from a lab. The US’ pre-eminent Covid-19 adviser discussed the claim that the virus escaped from a Chinese laboratory in the early days of the pandemic. The revelation comes in a trove of emails from Dr. Anthony Fauci released by the US Government to Buzzfeed, CNN, and the Washington Post.

Summary show
Dr. Fauci was told the virus, close up, had “unusual features”.
He also found his now cemented celebrity status “not pleasant,” with one notable exception.
“Hugh, it is essential that we speak this AM … Read this paper …” he wrote.

Dr. Fauci was told the virus, close up, had “unusual features”.

The claim Covid came from a lab was widely dismissed at the time, but recently new life has been breathed into the theory, with Dr. Fauci himself saying he is “not convinced” Covid is all-natural. The emails also reveal that Dr. Fauci suggested masks should only be donned by infected people. At the same time, everyone from celebrities to Facebook chief executive officer Mark Zuckerberg contacted him to seek guidance or help.

He also found his now cemented celebrity status “not pleasant,” with one notable exception.

The three news organizations managed to get their hands on around 4000 pages of emails sent by Dr. Fauci between January and June 2020. However, many were redacted because of their sensitive contents.

“This is White House in full overdrive, and I am in the middle of it,” he wrote on February 2, 2020. Dr. Fauci said it was reminiscent of the time when anthrax-laced packages were being sent to politicians.

February 2 was when the first coronavirus death was reported outside of China, in the Philippines, and the US had just reported its 10th case. Right now, that total is at 3.3 million, with 600,000 deaths.

Two days later, Dr. Fauci, the director of the National Institute of Allergy and Infectious Diseases, told a journalist he was “exhausted” and didn’t have “much sleep these days”.

He told another journo: “Feels like my internship and first-year residency when I was on every other night and every other weekend, but actually never left the hospital because the patients were so sick.”

The emails reveal that Covid did not emerge from a Wuhan wet market but from the Wuhan Institute of Virology that occurred early in the pandemic.

In February 2020, Dr. Fauci received a message from scientist Kristan Andersen which stated that he should “look really closely at all the sequences to see that some of the features (potentially) look engineered”.

Dr. Andersen said there were “unusual features” that made up a “tiny part” of the genome that might not be noticed as otherwise, the virus looks “totally normal”.

“I should mention that after discussions earlier today, Eddie, Bob, Mike, and myself all find the genome inconsistent with expectations from evolutionary theory,” the expert added. “But we have to look at this much more closely, and there are still further analyses to be done, so those opinions could still change.”

A later email from Dr. Fauci to a senior staff member in his team contained a 2015 research paper looking at how coronaviruses could be engineered to be more transmissible and deadly.

“Hugh, it is essential that we speak this AM … Read this paper …” he wrote.

However, later the team led by Dr. Andersen published a paper in the journal Nature Medicine where they said it was unlikely the virus had escaped from a lab.

On April 16, Francis Collings, the US National Institute of Health director, emailed Dr. Fauci, saying “conspiracy gains momentum” to the lab leak hypotheses. Buzzfeed had reported that Dr. Fauci’s response to this was entirely blacked out when it received the emails.

Taryn was deported from Australia with $300 and a bag of clothes. Now, she’s taking on the government 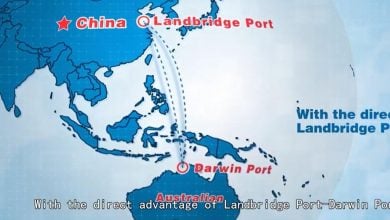