BALTIMORE (AP) – The Oakland Athletics won their 12th consecutive game – their longest winning streak in almost two decades – with a 3-1 victory over the Baltimore Orioles on Friday night. Oakland’s string is its longest since it won a franchise-record 20 in a row in 2002. It is the Athletics’ third-longest winning streak since moving to Oakland in 1968 and is the longest in the majors since Houston’s 12-game run from June 6-18, 2018.

Ramón Laureano homered, and Cole Irvin won consecutive starts for the first time in nearly two years as the A’s improved to 13-1 since dropping their first six games.

Baltimore has lost seven of its eight home games.

Irvin (2-2) had won back-to-back starts just once before his first two careers started for Philadelphia in May 2019. Coming off six shutout innings against Detroit on Saturday, he stymied the Orioles for five innings. But Baltimore stitched together four singles in the sixth, capped by Pedro Severino’s RBI single, to end Irvin’s night.

Jake Diekman worked the ninth to earn his second save in as many tries.

NEW YORK (AP) – Jacob deGrom struck out a career-high 15, pitched a two-hitter, and boosted the sagging Mets’ offense with a go-ahead double from the No. 8 spot in the batting order, powering New York over Washington.

DeGrom has struck out 43 in his last three starts and 50 overall this season, breaking the major league record for most in a pitcher’s first four starts to set just last weekend by Cleveland ace Shane Bieber with 48.

The two-time Cy Young Award winner retired the final 19 batters of his second shutout and fourth complete game in 187 starts, walking none. DeGrom also made the final putout, leaping on first base to catch Pete Alonso’s toss on Josh Harrison’s grounder.

Brandon Nimmo hit his first home run of the season, an eighth-inning drive off Kyle McGowin, and had four RBIs. The Mets stopped a three-game slide after getting to Citi Field at 4:15 a.m. after a Thursday night game at Chicago’s Wrigley Field.

DeGrom (2-1) was coming off consecutive 14-strikeout games against Miami and Colorado, and New York gave him the fifth day of rest.

DeGrom’s opposite-field double in the fifth against Erick Fedde (1-2) put the Mets ahead 1-0 and gave him a five-game hitting streak dating to 2019.

Anthony Rizzo, Javier Báez, and Willson Contreras also homered for Chicago, and Nico Hoerner had three hits in his first start of the season. The Cubs were coming off a three-game sweep of the New York Mets.

Kyle Hendricks (1-2) pitched six innings of two-run ball in his first win of the season. He struck out six and walked one, bouncing back nicely after a rough start against Atlanta.

Milwaukee had won three in a row. Kolten Wong and Billy McKinney hit consecutive homers in the sixth for the Brewers. Brett Anderson (2-2) departed with right knee discomfort after throwing just 11 pitches.

CLEVELAND (AP) – Giancarlo Stanton busted out of his slump with two rocketed home runs – one with the highest exit velocity this season – and New York connected four times, sending the Yankees past Cleveland.

Stanton hit a 429-foot solo shot in the third inning off Logan Allen (1-3) and another in the fifth for his first multi-homer game since Sept. 27, 2018. New York has won two straight and three of four after a horrendous start.

Yankees starter Jordan Montgomery settled in after a 37-pitch first inning but was lifted in the fifth, one out shy of qualifying for the win. Lucas Luetge (1-0) got four outs and was credited with his first win in the majors since 2013 with Seattle. Darren O’Day and Chad Green pitched an inning apiece before closer Aroldis Chapman worked the ninth for his fourth save.

BOSTON (AP) – Xander Bogaerts hit a two-run homer all the way out of Fenway Park and added an RBI single to help Boston beat Seattle. J.D. Martinez also homered for the Red Sox, who survived a late scare when Kyle Seager hit a three-run homer in the ninth to pull Seattle within a run. One night after rallying with a four-run 10th inning for a 7-4 victory, Seattle couldn’t quite pull off another comeback. Matt Barnes, who gave up Seager’s drive deep to the right, got Evan White to line out to Bogaerts and end it.

Yusei Kikuchi (0-1) allowed five runs in 4 2/3 innings for Seattle, which never recovered after Bogaerts’ drive onto Landsdowne Street in the first put Boston up 2-1.

Robbie Grossman went deep for Detroit in the fifth, but by then, the Tigers were trailing 6-0 after another rough start for Mize (1-2). He allowed six runs and seven hits in 4 2/3 innings. Detroit has lost seven of eight. Minor (2-1) allowed two runs and four hits in 5 2/3 innings with two walks and nine strikeouts. Detroit didn’t have an impact until Jeimer Candelario doubled to lead off the bottom of the fifth. Grossman hit a two-run shot later that inning.

ATLANTA (AP) – Huascar Ynoa earned his first career victory, Austin Riley and Ozzie Albies homered, and Atlanta beat Arizona. Ynoa (1-1) allowed only two runs on two hits in six innings. The right-hander led 3-0 before giving up a two-run homer to Carson Kelly in the fifth. Ynoa’s night to remember also included his first two career hits and his first RBI. The 22-year-old Ynoa, from the Dominican Republic, doubled to left field off Luke Weaver (1-2) in the third inning for his first hit and added a run-scoring single in the fourth.

Will Smith pitched a perfect ninth for his fourth save.

MINNEAPOLIS (AP) – Minnesota left-hander J.A. Happ lost his bid for a no-hitter when Jacob Stallings doubled with one out in the eighth inning, and the Twins beat Pittsburgh.

In his first season with the Twins, Happ was immediately removed by manager Rocco Baldelli with a two-run lead and replaced by Tyler Duffey.

The 38-year-old Happ (1-0) walked two batters in the second and struck out three. He threw 95 pitches with 51 strikes and lowered his ERA after three starts to 1.69.

Duffey walked Wilmer Difo after the double by Stallings but struck out Adam Frazier with runners at second and third to end the eighth. Duffey retired the first batter in the ninth. Then Taylor Rogers took the last two outs for the save to finish the one-hitter, preserving just the second win for the Twins in their previous 11 games.

Willians Astudillo and Jake Cave each hit their first home runs of the season for Minnesota, spoiling another stellar start by JT Brubaker (2-1).

In January, Matz (4-0), acquired from the New York Mets, gave up three runs and five hits over five innings. The lefty went 0-5 with a 9.68 ERA with New York last year.

Randal Grichuk also homered for Toronto. Rafael Dolis, the fourth reliever, worked the ninth for his first save.

Bogaerts blasts one out of Fenway, BoSox hold on to beat M's 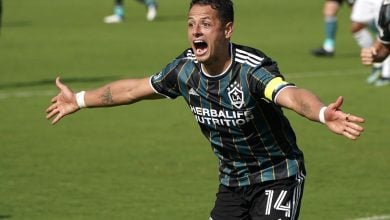 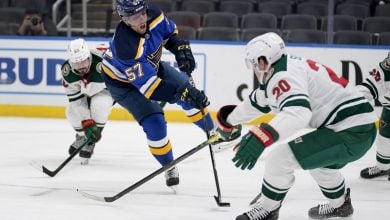 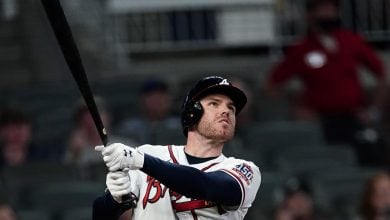 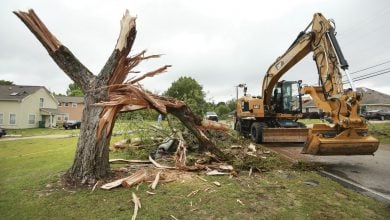