The Australian government says it is “urgently” processing the visa applications of several Afghan interpreters who worked for the Australian Defence Force (ADF), amid growing concerns for their safety following the closure of Australia’s embassy in the Afghan capital and the ongoing drawdown of international troops.

But one long-serving Afghanistan veteran says the federal government should do more, including evacuating hundreds of interpreters and their families on mercy flights in order to avoid a “catastrophic moral failure” by Australia if they are left behind to die.

Retired ADF major Stuart McCarthy, who did two tours of Afghanistan, said there is a window of opportunity in the next few months before the final withdrawal of international troops is completed in September to rescue “as many locally engaged employees as possible”.

“To fail at this stage to evacuate them, or at least make the best possible effort that we can as a country – that will just be a catastrophic moral failure on our country’s behalf,” he told SBS News.

Mr McCarthy, who served in the ADF for almost three decades, said the interpreters and other Afghan ADF staff could be taken to a staging base in the United Arab Emirates where their visa and security clearance applications could be processed, after which they could be brought to Australia. 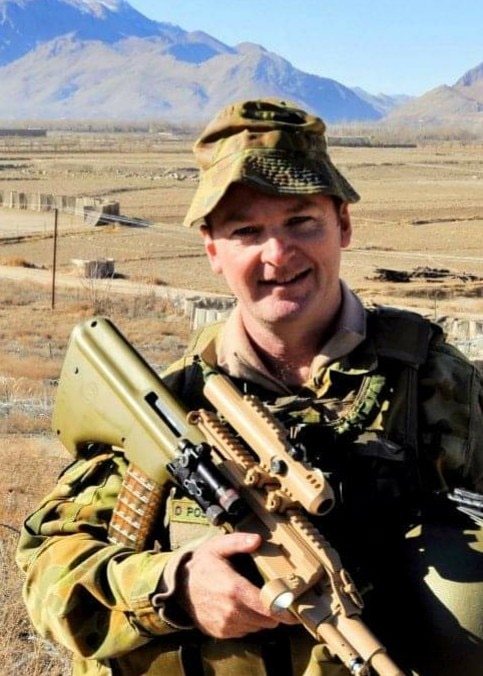 Stuart McCarthy served for 28 years in the ADF.

Mr McCarthy pointed to recent comments made by US Joint Chiefs Chairman Gen Mark Milley of ‘rapid’ plans being drawn up by the United States to evacuate interpreters who worked for the US from Afghanistan.

The retired soldier said the debate now had moved on from visa applications to physical evacuations.

“There’s open discussion now, the different ISAF (International Security Assistance Force) countries that were present in Afghanistan now going and physically evacuating, not just interpreters but the various locally employed civilians, and also their family members. That’s a really important part of this as well.”

Mr McCarthy assisted in the withdrawal of Australian troops from Uruzgan in 2013. Shortly after, he learnt one of the interpreters he worked with was murdered by the Taliban.

He said the news of the interpreter’s death devastated him.

“We’ve just completely failed these people who risked their lives to work with us,” Mr McCarthy said.

“The bureaucracy that we’ve been putting these people through for the last seven years, even since then, it’s just inexcusable,” he added, referring to lengthy visa application processing delays.

More former ADF personnel are adding their voices to growing calls for Australia to do more to help its Afghan interpreters and staff.

Respected Vietnam veteran Michael von Berg said Australia had a moral and national responsibility to bring the interpreters and other staff to Australia.

Mr von Berg, who is the president of the Royal Australian Regiment Association, said doing nothing to help the ADF’s Afghan interpreters and staff would be ‘immoral’.

“We would be … basically accepting that people who work with us are going to be murdered,” he told SBS News.

“That’s what I think is immoral, totally immoral.”

Mr von Berg pointed to the decision to award Mark Donaldson the Victoria Cross for his valour in rescuing an Afghan interpreter from the firing line.

“Then surely it’s good enough for some politician in Canberra to sign a piece of paper and make a statement and say: ‘look, we’re open to helping these people relocate to Australia’.”

More than 40 Afghans who have applied for Australian protection visas under the Afghan LEE (locally-engaged employee) visa program have pleaded to the federal government to expedite their cases before September.

The Department of Home Affairs now says the applications are being “urgently processed”.

“The Department of Home Affairs is urgently processing the on-hand Afghan LEE caseload and working with the Department of Defence on travel options,” a spokesman said in a statement to SBS News.

UK cases: United Kingdom now a ‘petri dish for the world’ as Delta and vaccines rise