Summary show
The Johnston County Sheriff’s Office identified the baby as Malia Scott Winberry.
He heard a lot of commotion in the house, went back inside, and found the baby unresponsive.”
The dogs were identified as rottweilers, both a male and a female.
“It’s very solemn around here this morning,” Massengill told WRAL.

Police responded to a call Tuesday at 8pm after the baby’s father, Scott Winberry, stepped away for a couple of minutes and reportedly returned to find the family’s two dogs attacking his daughter.

Scott, a law enforcement officer, was attempting to revive his daughter when police arrived, The News & Observer reported. “The father had left the small child inside the residence unattended for only a couple of minutes,” Johnston County Sheriff’s Patrol Captain Danny Johnson told reporters.

He heard a lot of commotion in the house, went back inside, and found the baby unresponsive.”

Police tried to revive the girl, then paramedics tried, but she could not be saved.

She was pronounced dead at the scene, WTVD reported. Authorities did not know if the girl’s mother, Bianca Patel, who works as a paramedic for Johnston County, was home at the time or not.

The dogs were identified as rottweilers, both a male and a female.

A neighbor told reporters that the dogs were usually protective of the child.

Animal control took possession of the animals. The family will need to decide whether to bring the dogs back or have them euthanized. Authorities said they were not aware of any previous issues with the dogs, but Director Chad Massengill confirmed the county had deemed the dogs dangerous.

This story originally appeared on Fox News and has been republished with permission. 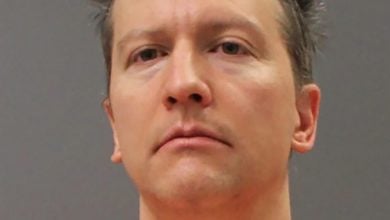