Barnaby Joyce has completed a stunning return as deputy prime minister less than three-and-a-half years after quitting in a cloud of scandal.

Mr Joyce was sworn in at Government House early on Tuesday morning, flanked by his partner Vikki Campion and two young sons, after defeating Michael McCormack in a Nationals leadership spill.

Queensland senator Matt Canavan described the leadership switch as a restoration, not a revolution, and said Mr Joyce would be a loud, leading voice for rural Australians. Re-elected Leader of the Nationals Barnaby Joyce poses for a photograph with partner Vikki Campion and sons Sebastian and Thomas.

“There are a whole lot of Australians out there who feel ignored, who feel their views are derided sometimes, and Barnaby is their voice,” Senator Canavan told Nine.

“He fights for the issues that matter to those people; the defence of their job, the industries, the communities.”

Focus will now turn to striking a new coalition agreement with Prime Minister Scott Morrison, who appeared at the ceremony virtually from quarantine at the Lodge, and a looming ministerial reshuffle.

Former minister Bridget McKenzie, who oversaw the so-called sports rorts scheme, is expected to return to cabinet less than 18 months after being forced to resign for breaching ministerial standards.

The new deputy prime minister is expected to solidify the Nationals’ opposition to agreeing to a 2050 net zero carbon emissions target.

While that could cause further headaches for the government on the international stage, Mr Joyce said he would support what was best for regional Australia. 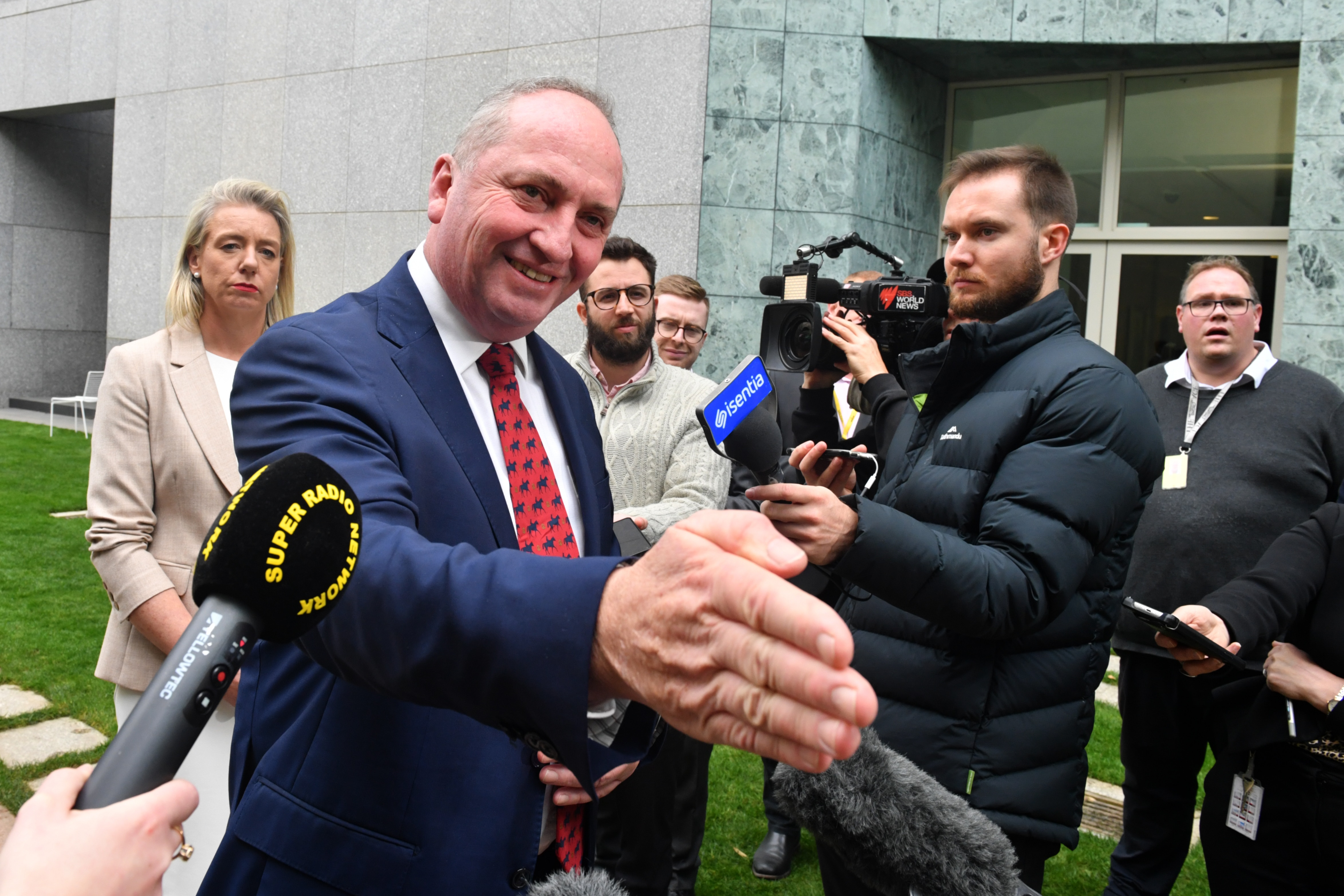 Some female Nationals have raised concerns his return could damage the party’s electoral fortunes with women.

Mr Joyce quit under immense pressure after sexual harassment allegations he strenuously denied emerged during a wave of controversy.

His initial trouble was triggered after an explosive report revealed Ms Campion – with whom he had an affair while she worked in his office – was expecting the couple’s first child.

Retiring Queensland MP Ken O’Dowd, who voted for Mr Joyce, said women in both their electorates had forgiven him.

“He has apologised to everyone for that, and he is prepared to take it on the chin and get on with the job,” he told the ABC.

Victorian MP Anne Webster – a McCormack supporter – said time would tell if the leadership change would hurt the party’s standing with women.

WA Nationals leader Mia Davies, who was a vocal critic of Mr Joyce, said there were significant questions about his behaviour at the time.

“I’m very disappointed to see that there has been a leadership change,” the state opposition leader said.

“He’s done time in the wilderness. It’s done. He suffered. He paid a price,” he told the ABC.

Mr Anthony believes voters in Queensland and west of the Great Dividing Range will welcome Mr Joyce’s return while Victoria and coastal areas could be different.