Ben Roberts-Smith’s defamation lawsuit has been described as a case about “courage and devotion to duty” by the decorated war hero on the field of battle in Afghanistan, a court has heard.

On Monday, the Victoria Cross recipient’s barrister Bruce McClintock SC opened the case for his client on the first morning of the high-profile defamation lawsuit in the Federal Court.

Mr Roberts-Smith launched the civil action in 2018 over media reports he says accused him of murder during his 2009 to 2012 tour of Afghanistan.

He is suing the publishers of the Sydney Morning Herald, The Age and The Canberra Times over articles alleging he committed unlawful killings in Afghanistan and assaulted a woman in Canberra.

The former special forces corporal rejects all claims made against him, while Nine – the papers’ owner – has advanced a truth defence. In his opening address, Mr McClintock described Mr Roberts-Smith, 42, as a courageous, highly organised and disciplined leader who risked his life in battle in Afghanistan in line with the SAS motto of “Who Dares Wins”.

He said despite public perceptions of war shown at times like Anzac Day, the reality was “war is violent”, describing the 2010 Battle of Tizak, in which Mr Roberts-Smith fought, as a “high water mark” for the SAS.

“This is a case about courage, devotion to duty, self-sacrifice,” Mr McClintock said in reference to his client.

He said his client’s reputation had been torn down by lies and “corrosive jealousy” by “bitter people” who had run a “poisonous campaign against him”.

He said other soldiers, one who was described in court as a “total failure” as a soldier, developed “enormous jealousy” at Mr Roberts-Smith’s military awards and his Victoria Cross.

“Some may call it tall poppy syndrome, others … jealousy,” Mr McClintock said.

At one point, Mr McClintock read from Mr Roberts-Smith’s official citation for his Victoria Cross award commending him for “selfless valour” during an intense firefight in Kandahar province, Afghanistan, in 2010 while “showing total disregard for his own safety”.

The barrister said his client would deny allegations of bullying and claims that an enemy insurgent killed on a patrol was aged 13 or 14.

“My client will give evidence that he was an adult.” 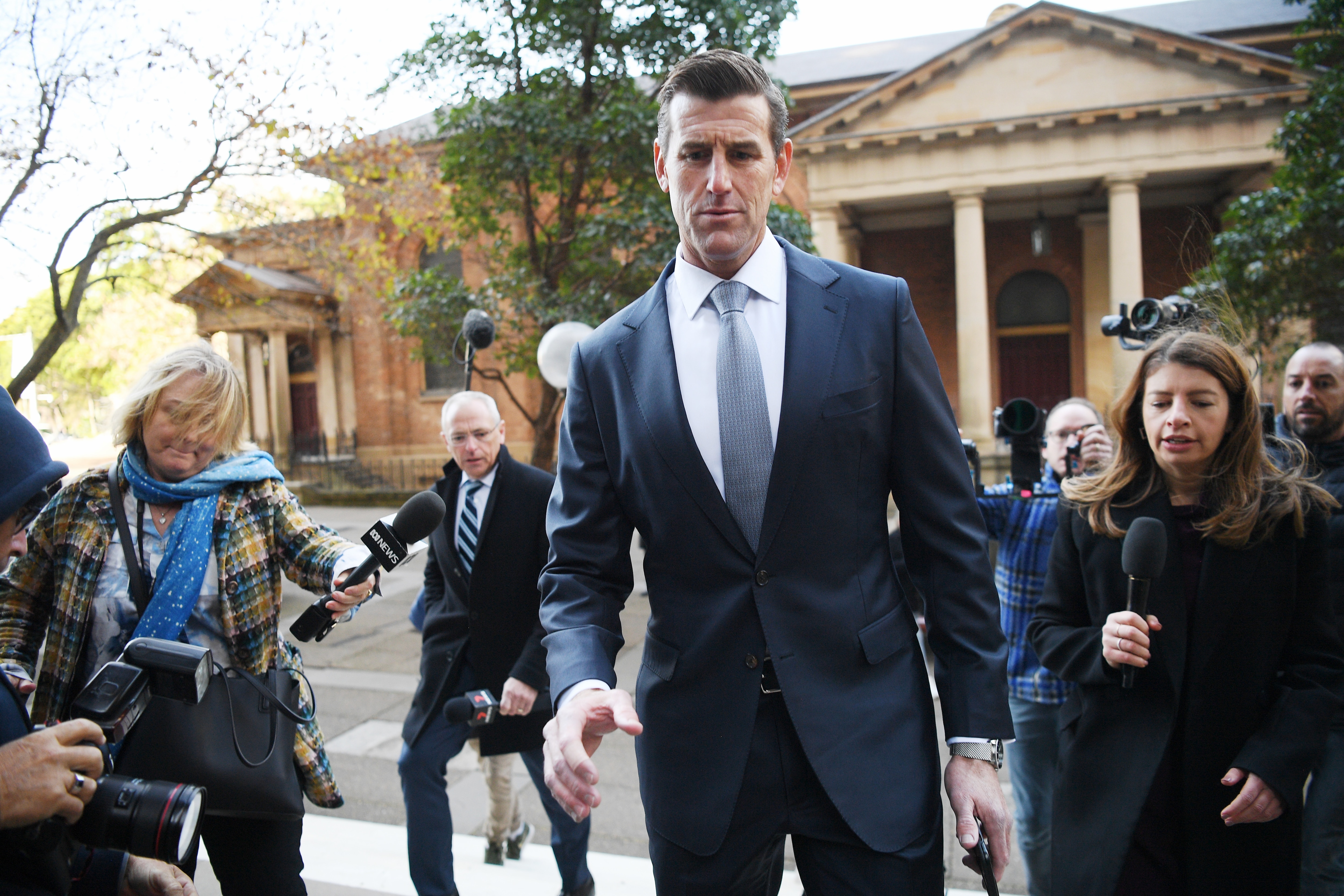 Ben Roberts-Smith arrives at the Federal Court in Sydney on Monday, 7 June, 2021.

He said the evidence would also show that a man with a prosthetic leg killed by Mr Roberts-Smith in an SAS attack on an “insurgent compound” known as Whiskey 108, in Uruzgan province, was a member of anti-coalition militia.

The barrister said it would be disputed that the man with the prosthetic leg was “defenceless”, describing him as a fighting age male who was armed with a rifle.

Mr McClintock said that it was not rare for disabled Taliban fighters to be present on the battlefield. “Lost limbs and prosthetic limbs are not uncommon,” he said.

He said another soldier, codenamed Person 6, took the prosthetic leg of the dead enemy back to base as a trophy of war and had it mounted, then it came to be known as “das boot”.

“Person 6 turned it into a trophy beer drinking vessel,” he said.

The court heard that the evidence would cover five key battlefield incidents, which took place between April 2009 and November 2012.

Mr McClintock said it would be conceded his client punched another SAS soldier, codenamed Person 10, after giggling following a mission in July 2012, but said his client denied bullying Person 10.

“That is not bullying in that situation … Person 10 turned out to be a poor soldier.”

Following Mr McClintock’s opening address, which will likely run until the end of Tuesday, it is expected the court will hear from Mr Roberts-Smith as the first witness.

About 60 witnesses are expected to be called including local soldiers and some from overseas.

The trial is expected to run for up to 10 weeks.

It continues before Justice Anthony Besanko.