We’re back at it again with the hottest looks of the week! From Beyoncé and her kids appearing in the latest IVY PARK x Adidas campaign video to Barack Obama’s exclusive 60th birthday, we’ve rounded up the top-performing looks of the week based on reader engagements during our daily celebrity style coverage.

Without further ado, let’s get into the looks of the week:

Beyoncé and the kiddies took the number one spot for the most-liked look this week. For the latest IVY PARK x Adidas “Rodeo” collection, the partnership announced the first rollout of kids’ apparel and accessories. Beyoncé brought out Blue Ivy and twins Sir and Rumi to join her in the kids’ campaign visual to celebrate the moment. Blue Ivy and Beyoncé wore the collection’s purple hoodie, purple cow print leggings, and Forum Mid sneakers in kids’ and women’s sizing. Held by Beyoncé, Sir appeared in a blue cowboy hat and what seems to be a jacket from the collection.

Kim Kardashian attended Kanye West’s second listening event for DONDA wearing a black Balenciaga look. Her look included the brand’s black turtleneck with gloves paired, $2,085 cosmetic pantyhose (sold out), and an unreleased gimp mask. She attended the event with her kids and even linked up with singer Monica, who also wore Balenciaga to the party (details on her look here).

This week's best deals: $100 off the Apple Watch Series 6 and more 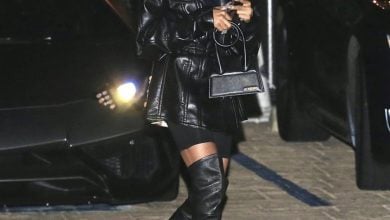 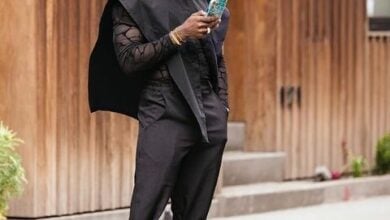 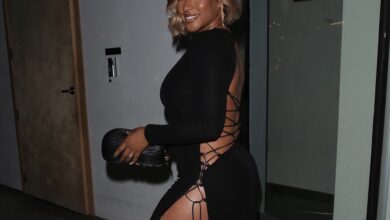 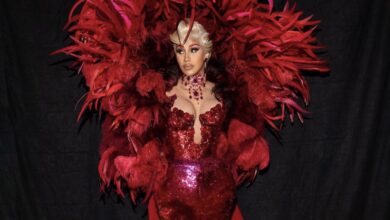