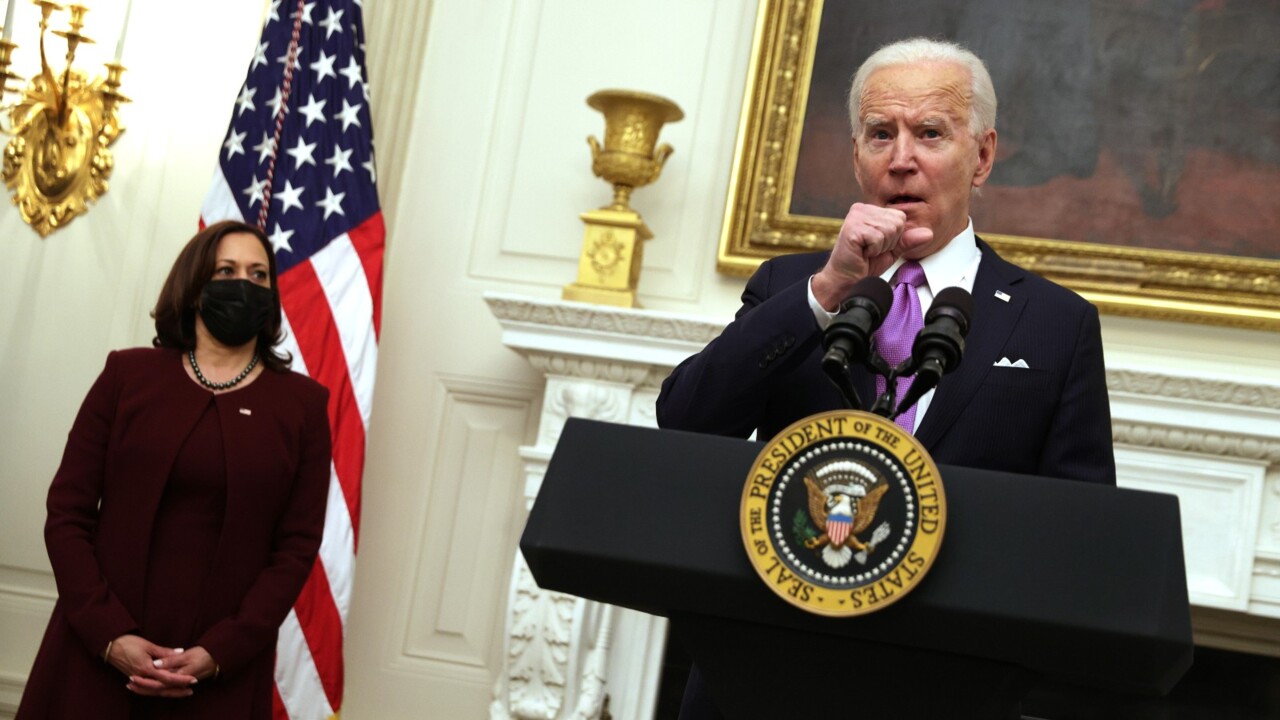 Hannity poked fun at the “creepy” and “cringeworthy” moments from the Biden administration on his show ‘Hannity’.

President Biden went viral on Friday for his “creepy” moment complimenting a young girl during his speech.

While speaking to the troops and their families at Joint Base Langley-Eustis in Virginia, the president appeared to give a shoutout to the young daughter of a veteran who was present.

“I love those barrettes in your hair,” Biden said.

Meanwhile Vice President Harris used her Naval Academy speech to “obsess about green energy” whilst making time to tell a “woke joke” that Hannity said fell flat with her audience.

The pair also came under fire for their “disrespectful” tweets for the Memorial Day weekend.

Harris was mocked for attaching a candid photo of herself smiling with a tweet that said “enjoy the long weekend”.

Social media users slammed the VP and reminded her that the long weekend was a time to remember and honour the millions of Americans who lost their lives while serving in the US military.

Biden tweeted a picture of himself eating ice cream in front of a teenage girl and captioned it “stay cool this weekend, folks.”

No special plan to resettle Afghans who served Australia, despite UK and US pledges