A giant African pouched rat called Magawa who spent years sniffing out landmines in the Cambodian countryside has stopped working and will enjoy a well-earned retirement eating bananas and peanuts, his employers told AFP.

Magawa, originally from Tanzania, was trained by the Belgian charity APOPO which says the rodent helped clear mines from 225,000 square metres of land in his five-year career, the equivalent of 42 football pitches. 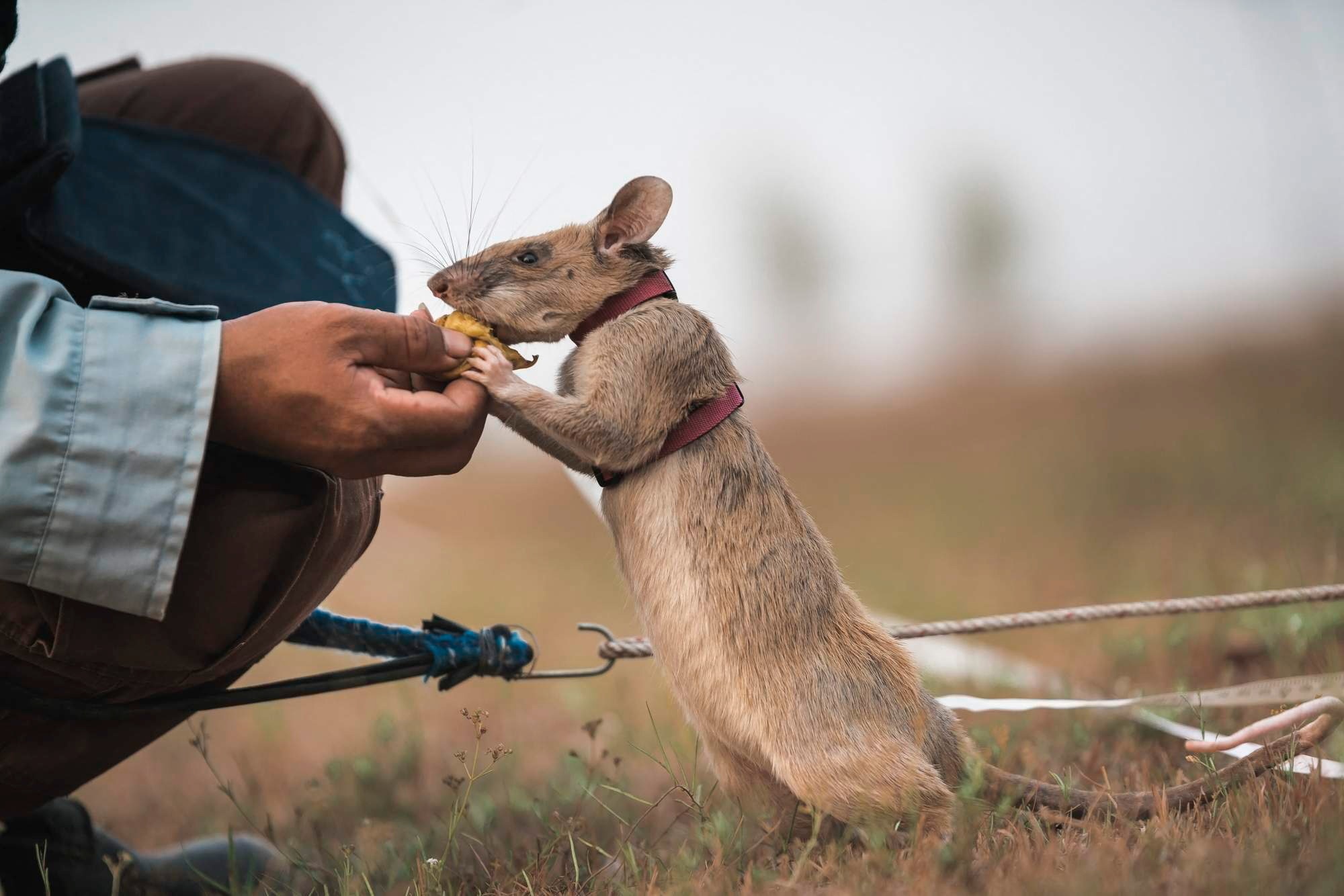 Magawa, an African giant pouched rat receiving a banana as award after indicating a land mine, in Siem Reap, Cambodia on 11 March 2016.

But after detecting 71 landmines and 38 items of unexploded ordnance “he is getting a bit tired”, Michael Heiman, the charity’s programme manager in Cambodia, told AFP on Saturday.

“The best thing to do is to retire him.”

Millions of landmines were laid in Cambodia between 1975 and 1998, causing tens of thousands of casualties.

APOPO trained Magawa in his native Tanzania to detect the chemical compound within explosives by rewarding him with tasty treats – his favourites being bananas and peanuts.

He alerts de-miners by scratching the earth.

Magawa can scurry across an area the size of a tennis court in just 30 minutes, something that would take four days using a conventional metal detector.

He is big enough to be attached to a leash as he goes about his business but light enough not to set off mines.

In his autumn years, Magawa will spend more time doing what he loves, says Heiman — eating bananas and peanuts.

In September last year the rodent won the animal equivalent of Britain’s highest civilian honour for bravery because of his uncanny knack for uncovering landmines and unexploded ordnance.

Magawa was the first rat to receive a PDSA medal in the 77 years of the awards, joining an illustrious band of brave canines and felines – and even a pigeon.

The group says 20 newly trained rats that recently arrived in Cambodia have just received their accreditation from the authorities to start landmine detection work.

But it will be a tough challenge following in Magawa’s footsteps.

“Obviously we are going to miss him in operations.”