Canada has flown its flags at half-mast in mourning for 215 children whose remains were discovered on the grounds of a former boarding school set up more than a century ago to assimilate Indigenous children.

The former Kamloops Indian Residential school in B.C. was the largest of 139 boarding schools set up in the late 19th century, with up to 500 students registered and attending at any one time.

The discovery of the children’s remains, some as young as three, has sparked strong emotions throughout Canada, particularly in Indigenous communities.

“To honour the 215 children whose lives were taken at the former Kamloops residential school and all Indigenous children who never made it home, the survivors, and their families, I have asked that the Peace Tower flag (in Ottawa) and flags on all federal buildings be flown at half-mast,” Prime Minister Justin Trudeau said on Twitter on Sunday.

To honour the 215 children whose lives were taken at the former Kamloops residential school and all Indigenous children who never made it home, the survivors, and their families, I have asked that the Peace Tower flag and flags on all federal buildings be flown at half-mast.

Several municipalities, including the economic metropolis Toronto, announced they would also lower their flags.

A specialist used ground-penetrating radar to confirm the remains of the students who attended the school near Kamloops, British Columbia, the Tk’emlups te Secwepemc tribe said in a statement late on Thursday.

Tk’emlúps te Secwépemc Chief Rosanne Casimir said she was “taken back” and “shocked” when she visited the site.

“When it was shared with me that these were children, our children, from our community…It was devastating,” she told Canadian news channel, CTV.

“We do not want this to be hidden. We want this to come to resolve, we want people to know that this history is real, the loss of the children is real.” 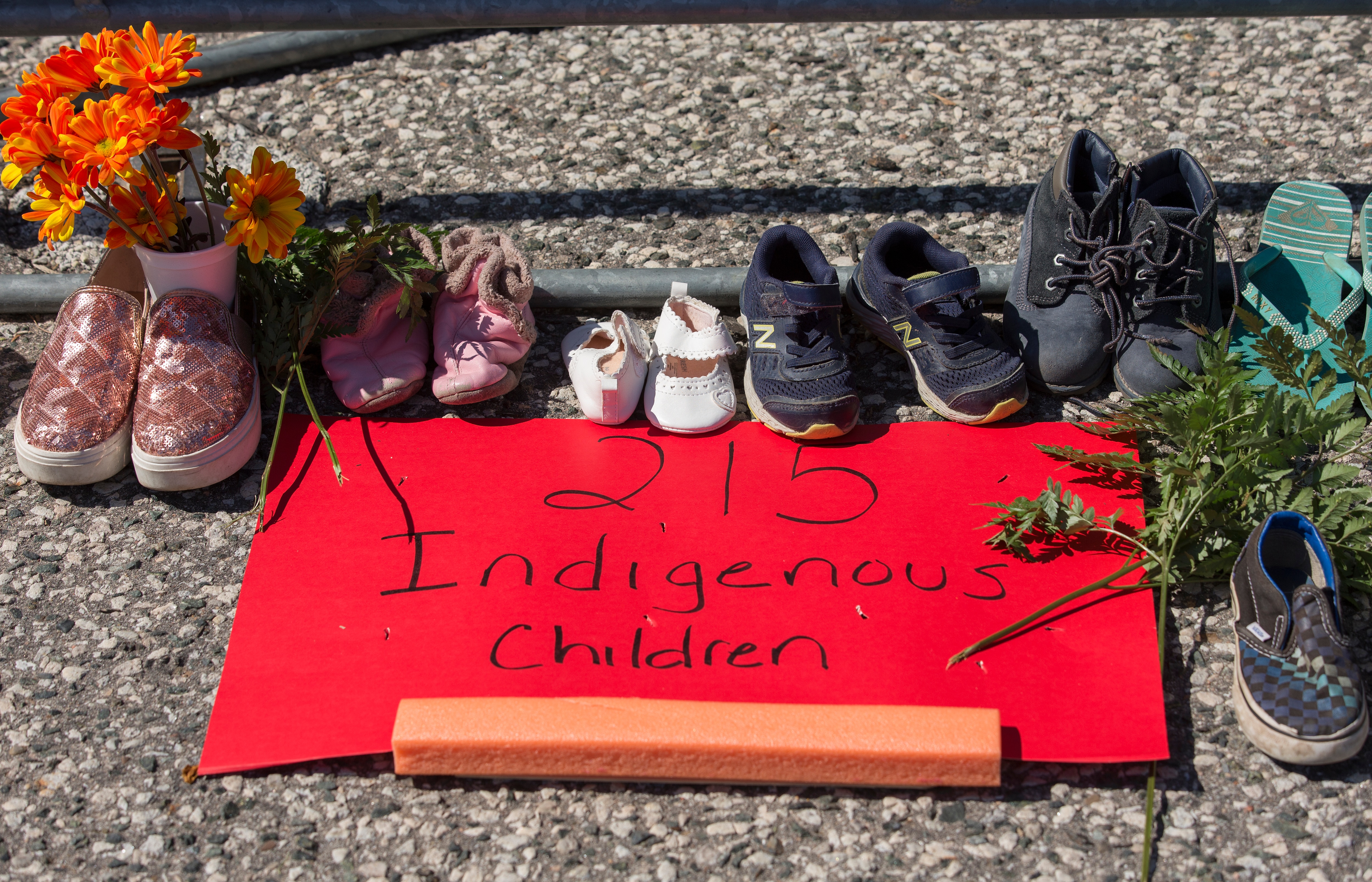 The Kamloops Indian Residential School was the largest of 139 boarding schools set up in the late 19th century, with up to 500 students registered and attending at any one time.

It was operated by the Catholic church on behalf of the Canadian government from 1890 to 1969.

Some 150,000 Indian, Inuit and Metis youths in total were forcibly enrolled in these schools, where students were physically and sexually abused by headmasters and teachers who stripped them of their culture and language.

Today, those experiences are blamed for a high incidence of poverty, alcoholism and domestic violence, as well as high suicide rates, in their communities. 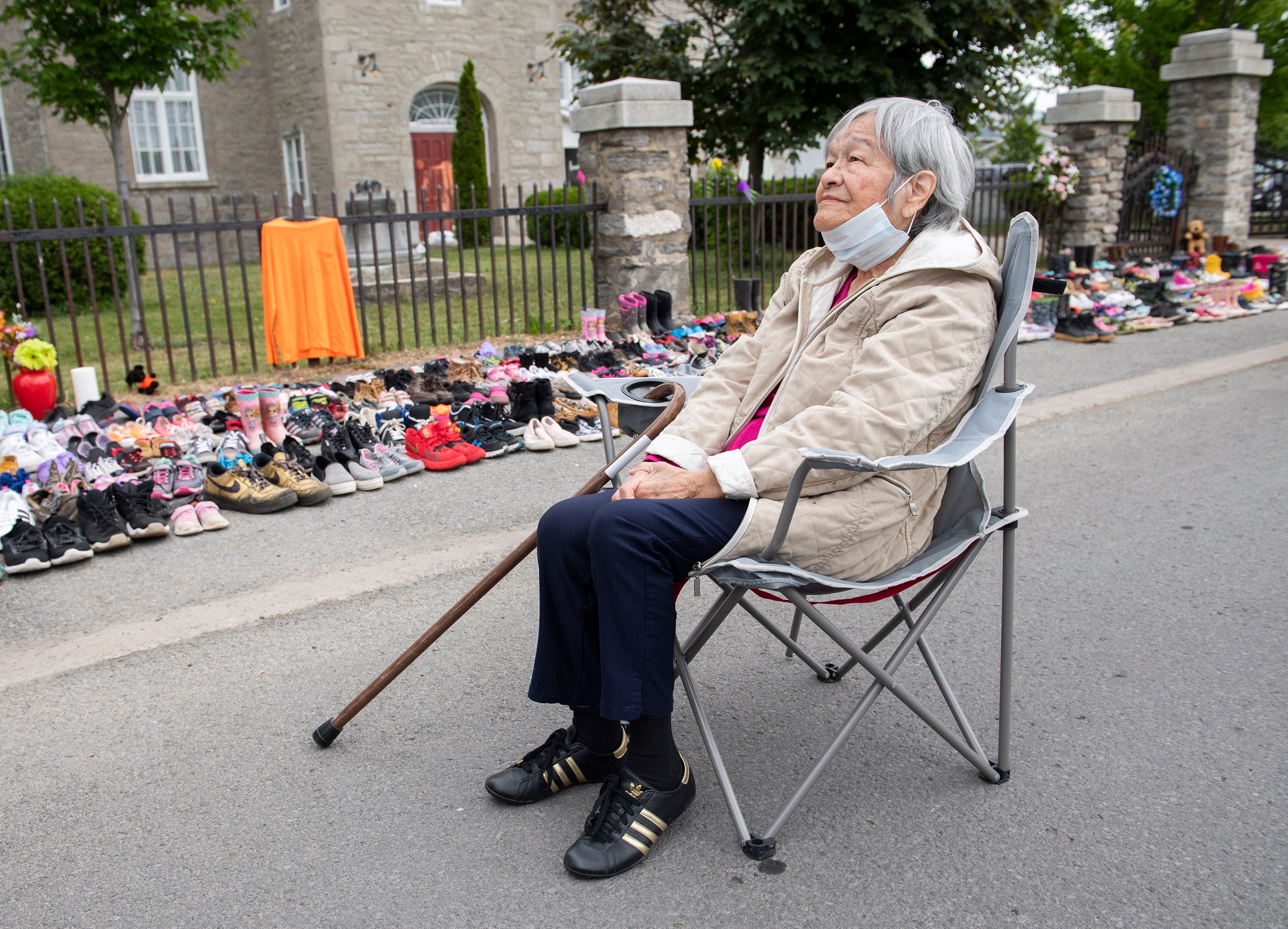 “I’ve said before that the residential schools [were] a genocide of our people…here’s just another glowing example of that genocide in practice: undocumented deaths of children,” the national chief of the Assembly of First Nations, Perry Bellegarde, told CTV.

He said the federal government “does have a responsibility to make sure that these resources are in place to get the answers.”

A truth and reconciliation commission previously identified the names of, or information about, at least 3,200 children who died from abuse or neglect while attending a residential school. The exact number remains unknown. 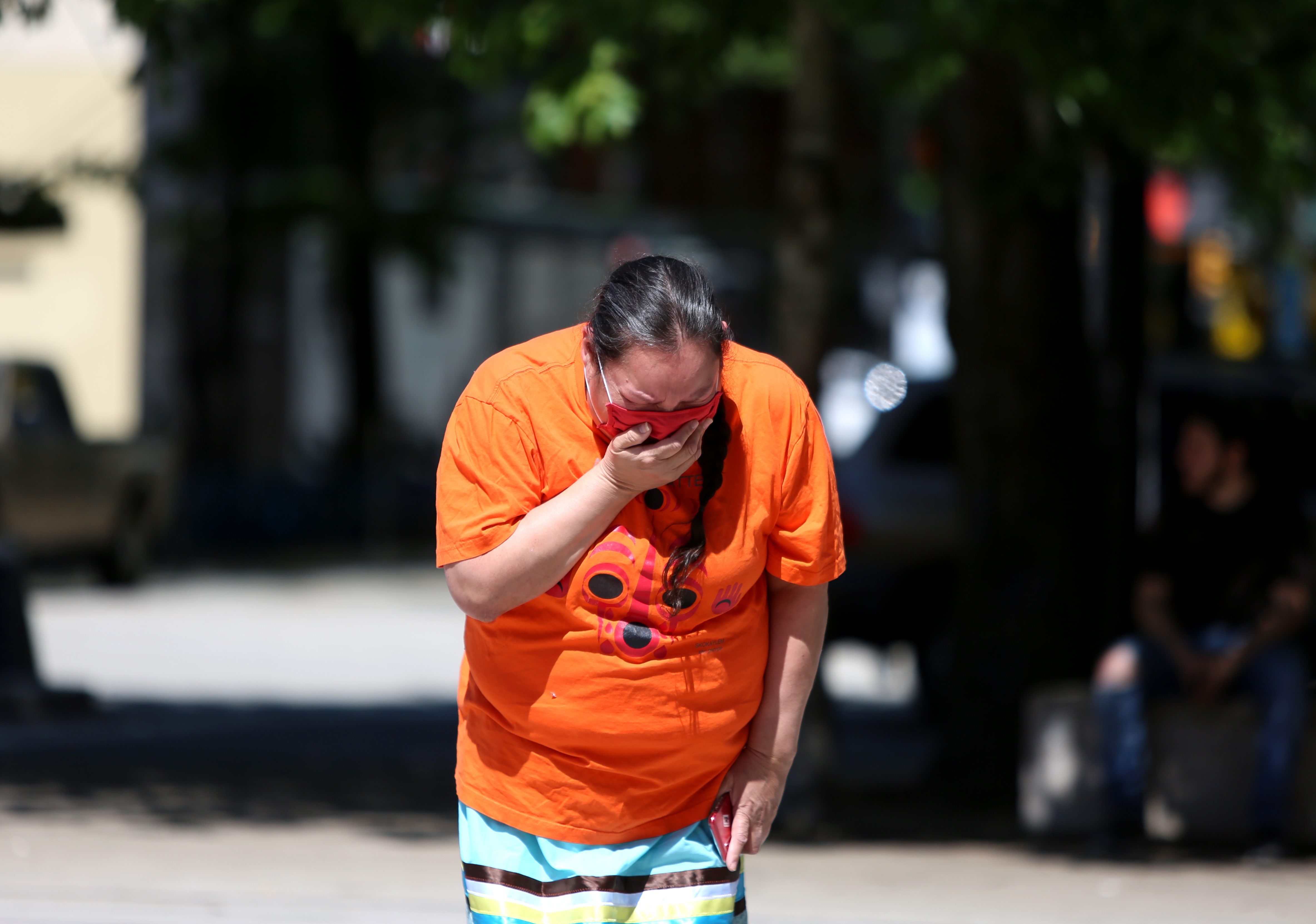 A woman mourns over 215 pairs of kids shoes outside Vancouver Art Gallery during a memorial on 29 May, 2021 in Vancouver, British Columbia, Canada.

In a statement on the First Nations Health Authority website, the organisation said the discovery at the Kamloops site was “horrific”.

“Our hearts are broken by [the] news from the Secwépemc Nation about the discovery of a mass grave,” they wrote.

“We will call upon our ancestral teachings and ceremonies as we support the families and communities whose children attended this school and especially to those whose children never came home.

“With the legacy of Indian Residential Schools in Canada a part of everyday lived experience for First Nations people, this discovery means individuals in BC and across Canada will be reliving grief and pain.”

‘It was assumed that they ran away’

Chief Harvey McLeod of the Upper Nicola Band told CTV News that he was a survivor of the Kamloops Indian Residential School.

“It’s a real surreal feeling for myself and I imagine a lot of our families and communities,” Chief Harvey said.

“It was bringing to a realisation some of our discussions that we had in school … it’s so difficult.” Children’s shoes are placed on the staircase outside Vancouver Art Gallery during a memorial event for the 215 children whose remains were found.

He says these discussions were around children going missing during his stint at the school.

“It was assumed that they ran away and were never going to come back. We just never seen them again and nobody ever talked about them,” he said.

Memorials and vigils have been held across Canada, with children’s shoes lined up in Vancouver for each of the dead. About 100 people gathered Sunday in the Mohawk community of Kahnawake, near Montreal.

With reporting by SBS News.

'It allowed me to book': People under 40 getting COVID-19 vaccines early in NSW