Consent advocate Chanel Contos says she has met with the Victorian government to introduce an informal reporting option for sexual assault victims.

It comes as the state opposition this week lent its weight to such a scheme that would bring Victoria – the only jurisdiction without a structured informal reporting system – in line with the rest of the country.

On Sunday, the state opposition called on the government to introduce a police-linked service based on the NSW Sexual Assault Reporting Option (SARO), which has received attention thanks to a joint operation between Ms. Contos and NSW Police. “I met with the [Victorian] government this morning and also pushed for an informal software reporting tool as a priority, along with legislative and education reform,” Ms. Contos told SBS News on Tuesday evening from London. She said 30 to 40 attendees tuned into the Labor caucus briefing – arranged before the opposition’s announcement – including Minister for Women Gabrielle Williams. A separate briefing was held with Acting Premier and Education Minister James Merlino.

Following the briefing, Ms. Contos said she expects to be put in touch with the state’s police commissioner and the attorney-general to discuss legislative reform.

She said she is also holding a meeting with the federal government “soon”.

“This is not political to me. I’m speaking to whoever I can and need to to get this out there as soon as possible,” she said.

Ms. Contos has prompted a national discussion around sexual consent after launching an online petition detailing thousands of testimonies of teenage sexual assaults.

The former Sydney school student, now studying in London, started the petition calling for a more comprehensive sex education curriculum several months ago. Since then, she has received around 6,200 anonymous testimonies from current and former private school students across the country.

Last month, Ms. Contos worked with the NSW Police sex crime squad to launch Operation Vest – a police operation designed to support sexual assault victims and provide them with as many possible options to come forward.

The operation makes victims aware of the NSW Police Sexual Assault Reporting Option (SARO) – an online questionnaire enabling them to share their story without formally reporting the matter to police. It does not launch a criminal investigation but keeps the information detailed on record if the alleged perpetrator or perpetrators are informed of similar offenses in the future.

Victorian Shadow Minister for Police and Crime Prevention, David Southwick, said the state should now look to NSW and implement a similar model.

“For too long, Victoria has lagged behind the nation on flexible reporting of sexual assault, making it harder for survivors to come forward and offenders to be held to account,” he said on Sunday.

“The [Andrews government] must now back our plan and work with the Liberal Nationals to introduce these overdue reforms.”

Ms. Contos said her following on social media is mainly based in NSW, second to Victoria.

“So many people have replied saying, ‘I wish this was in Victoria’,” she said. “I’d be shocked if Victoria didn’t have something similar soon, given the feedback and response I’ve received.”

SBS News has contacted the acting premier’s office, which directed the query to the police minister’s office.

A spokesperson for Victoria Police said the force now has more than 500 specially-trained detectives working for its Sexual Offences and Child Abuse Investigation Team.

“Victoria Police will continue exploring ways to improve these processes to ensure they remain contemporary and in line with community expectations. This could include considering an online and anonymous platform,” they said in a statement.

“Victoria Police understands how challenging it is to come forward and report a sexual offense. It may take days, months, or years after the incident has occurred. Our message to victims is that you will be listened to.

“We understand that there are times when a victim of a sexual assault may choose not to go ahead with an investigation. This decision may occur at any stage of the investigation process. Police will support the victim throughout the process when they are ready.

“It’s important to know that if a victim decides to withdraw the complaint, they can request the investigation be reopened at any time in the future.”

If you would like to contact a counsellor or any other support form, call the Victims Access Line on 1800 633 063 or Rape Crisis on 1800 424 017. A trained counselor can discuss your needs and refer you to someone who can help. 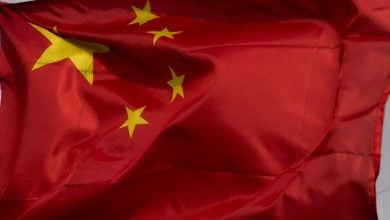