Charly Arnolt has gone from ESPN’s part-timer to a full-time employee in three short years.

Arnold signed a multi-year extension to continue seeing her as the backup host for “First Take” and having a significant role in another network programming. It also means Arnolt’s time at World Wrestling Entertainment – where she first gained attention as host and “Raw” backstage interviewer Charly Caruso – has officially ended. Arnold, who was with WWE since 2016, did not appear on “Raw” programming for most of March, which increased speculation about her future until the ESPN announcement was made.

“The climb for me happened a bit quicker than I anticipated, and I’m so happy about that because it really shows how much ESPN believes in me and is willing to give me those opportunities,” Arnolt said during a phone interview. “It’s tough to put into words how happy I am.”

Arnold started out doing SportsCenter updates and SportsCenter on Snapchat when she joined ESPN in September 2018. A couple months later, she hosted “First Take” for the first time after someone in the talent department asked her what she wanted to do at the network if she had her choice.

After a favorable first impression in late December 2018, Arnolt received more opportunities at “First Take.” Over the past year, though, she has cemented her role as the primary fill-in host. “I have grown so much in this year alone from my reps at ESPN than I have in the past five years combined,” she said.

Arnold is also part of the “First Take, Her Take” podcast. The weekly show, which also features Kimberley Martin and Chiney Ogwumike, has the same format as the television show but allows all three to discuss other topics about their lives and culture.

On Thursday, “First Take, Her Take” ended up taking over the television show for the entire two hours before three hours on Ogwumike’s ESPN Radio show that she usually cohosts with Mike Golic Jr.

Arnold said ESPN executives had been considering the podcast for a while, but it wasn’t until last December that they approached all three about teaming up.

“It’s so fun because, while we all are very passionate about similar things, but we all have very different things to offer as far as different stories or even life perspectives,” she said. “It really feels authentic and genuine. The things we’re here to talk about are things that we probably would discuss over glasses of wine if we were able to be in the same place at the same time.”

Arnold will also regularly appear on “SportsNation” on ESPN+ and other shows on the streaming service. Despite adding additional duties at the network, her schedule gets more accessible than the past couple of years. She acknowledged the most significant challenge over the past 12 to 18 months was ensuring there were no conflicts between her ESPN and WWE schedules.

Arnold said she did like being part of two distinctly different worlds.

“It kept things fascinating and fresh for me, and I was exposed to the different audiences. I was able to keep those two things separate, but I also was able to use a lot of the skills that I was getting from ESPN and then translate them over to WWE, where I was able to really show them off on the kickoff show panels,” she said. “I’m very grateful that I got to do both at the same time because I think it really set me up now to be able to handle any challenge that’s thrown at me.”

Arnold said some of her best experiences at WWE were the interviews with Zelina Vega and Angel Garza because she was more a part of the storyline and spread her wings more. She said she talked with Vega about whether the storyline culminated with something happening in the ring, even if it wasn’t a complete match, but those plans never materialized.

Had Arnolt still been with WWE, she would likely be hosting the WrestleMania kickoff shows this weekend from Tampa. She said she has received congratulations from wrestlers and people inside the company since the announcement was made.

Arnold’s departure from WWE also shows announcers or interviewers who leave the company can have success. Jonathan Coachman worked for nine years at ESPN while Renee Paquette hosted a popular podcast earlier this year.

“I think WWE is such a huge platform, has tons of exposure. So if you’re able to really take advantage of that, there’s no limit to what you can do,” Arnolt said.

Prince Philip has died. This is what will happen now 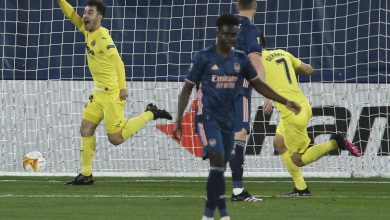 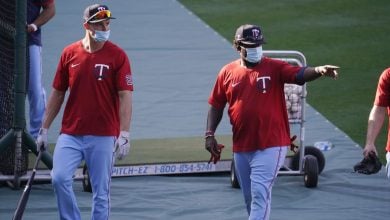 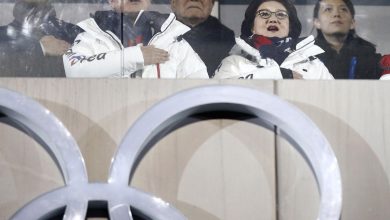 EXPLAINER: Why is North Korea skipping the Tokyo Olympics? 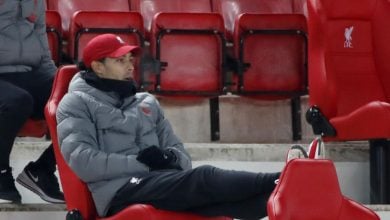