A senior Chinese government official from Xinjiang has delivered a disturbing speech that defended the horrors being committed against the Uyghur population. In the bizarre press conference at the Chinese Embassy in Canberra, Xinjiang Vice-Governor Erkin Tuniyaz said the forced labor and re-education camps were merely a means to combat “terrorism” and “religious extremism”. “We have made utmost efforts to eradicate the soil and conditions for breeding terrorism and religious extremism and protect the people’s basic rights from being harmed by terrorism and religious extremism,” he said. More than a million Uyghur Muslims are believed to be trapped in re-education camps in China, which survivors have told the BBC subjected women to sexual assault and violence.

During the press conference, the Chinese Government also played several strange propaganda videos which attempted to spruik Xinjiang as a popular tourism destination and a place for religious freedoms.

“In Xinjiang, the principle of the freedom of religious beliefs enshrined in the national constitution has been implemented in entirety,” the video stated.

“Normal religious activities of believers and their religious needs are guaranteed by law,” it said.

China has faced sustained international criticism about its treatment of the Uyghur populations. 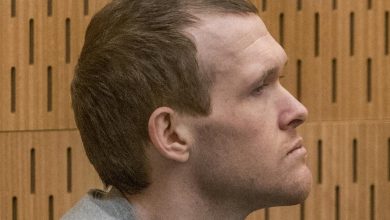