China says the brutal military coup in Myanmar should be left to play out without foreign interference amid criticism over its muted response to the unfolding crisis.

China’s Deputy Head of Mission to Australia – Wang Xining – fronted the National Press Club on Wednesday. He was questioned about China’s reluctance to take a stronger stand against the coup. China has close ties with Myanmar – where it holds significant economic and strategic interests – but is suspicious by Myanmar’s pro-democracy movement.

Protests have escalated in Myanmar since the military seized power on 1 February. More than 700 people have been killed in the resulting crackdown by security forces.

While Western countries, including Australia, have strongly condemned the military coup – China has been more cautious in its response, emphasizing the need for stability.

Summary show
Mr. Wang said the situation should be left to play out without foreign interference.
AAP
Australia has also cut military ties with Myanmar in response to the military’s crackdown.

Mr. Wang said the situation should be left to play out without foreign interference.

“We hope the situation in Myanmar will stabilize and all the political factions, political forces, in Myanmar will sit at a table and talk out a solution that will ensure the welfare of the Myanmar people,” he told the National Press Club. “I don’t think Myanmar would love to see much more foreign interference, whether it’s political or in another way.” Mr. Wang addressed China’s response to the military coup in Myanmar at the press club.

In a starkly contrasting speech, Department of Foreign Affairs and Trade Secretary Frances Adamson emphasized the need for coordinated international action against what she described as a “catastrophic” situation.

“(It is) a security, political and humanitarian crisis that is not only catastrophic for the people of Myanmar but imperils regional stability and mires ASEAN in issues that divert attention from the priorities of economic recovery and strategic agency,” Ms. Adamson told the Asia Society.

“We’re engaging with our international partners to respond and doing what we can to support the people of Myanmar through our development program, without in any way conferring legitimacy on the military authorities.” The Association of Southeast Asian Nations is set to meet this week for an emergency summit in Jakarta addressing the military coup in Myanmar.

The unfolding military coup has prompted sanctions from international allies, including the United States, European Union, Canada, and United Kingdom.

Australia has also cut military ties with Myanmar in response to the military’s crackdown.

While China’s response has been less forceful, it has supported a United Nations Council statement calling for the release of democratically-elected leader Aung San Suu Kyi and condemning violence against protesters.

However, the statement was forced to drop language that condemned the army takeover as a coup and threatened further action due to opposition by China, Russia, India, and Vietnam. 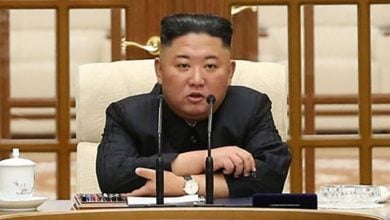 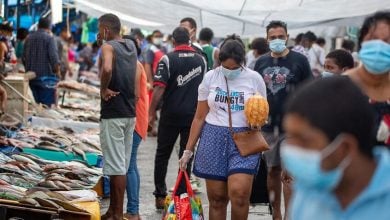