Captured by the flashes of nearly two million tourist cameras each year, Michelangelo’s David is now being lit up by high-tech scanners in a project to produce the most faithful and sophisticated reproduction of the statue ever made. The copy of the Renaissance masterpiece, currently being forged in Florence, will star at Dubai’s rescheduled Expo 2020 this October. The unique challenge, involving a team of engineers, technicians, and restorers, combines classical art with the most advanced technologies.   The 3D David will stand at the centre of Italy’s expo pavilion, admired by the world, while the original stands in solitary silence at the Galleria dell’Accademia museum in Florence.

Summary show
It’s currently closed due to coronavirus measures.
It took over 40 hours to scan the statue using a tracer combined with a laser.
After scanning, then came the printing.

The project, which began several months ago, involves three phases: the scanning of the statue to create a three-dimensional digital twin, the 3D printing of the various parts, and the refining and assembling of those parts by restorers. In the first phase, which took place at the end of December, the statue was scanned centimeter by centimeter – no easy task since it’s more than five meters high.

Every detail and nuance had to be captured with instruments that have a margin of error in the order of microns, thinner than a strand of hair. Tools usually associated with the industrial field – such as scanners used to check prototypes of wind turbines – were used for the first time in the world of art.

Researchers from the University of Florence collaborated with technicians from Hexagon, a Swedish multinational company specializing in precision measurement technology.

It took over 40 hours to scan the statue using a tracer combined with a laser.

Experts then used a projector that illuminates the surface of the statue and two high-resolution cameras to capture the details as closely as possible.

It’s not the first time that David has been digitized. In 1999, a group of scholars from Stanford University carried out a three-dimensional scan of it.

But this time, the sculpture has been digitized “with a very high level of accuracy, I would say twice as high as the Stanford model made twenty years ago”, says Grazia Tucci, director of the Laboratory of Geomatics for the Environment and the Conservation of Cultural Heritage at the University of Florence, who is coordinating the project. It’s thought the digital twin will be helpful for future research on the statue, making it possible to constantly monitor the state of conservation of the work and the behaviour of the surfaces, materials and structures.

After scanning, then came the printing.

This time, David‘s legs, arms, torso, and head weren’t brought to life by Michelangelo, who skillfully carved him from Carrara marble over three years, but by a 3D printer, which took just a few days to create a copy out of plastic filaments.

But the most delicate phase of all is the one currently underway in a small workshop in the centre of Florence.

It involves a team of expert restorers, some of whom come from the Opificio Delle Pietre Dure (Workshop of Semi-Precious Stones), one of the world’s most important institutes for the conservation and restoration of art.

To fully resemble the marble original, which has an entirely different aesthetic and structural characteristic to the printed version, the copy must undergo a sort of make-up session.

Restorers coat the copy with a mixture of resin and marble powder, as if applying the skin, while constantly comparing the original images with parts they’re working on.

“We are covering it in stone, first of all, to give it the appearance of Michelangelo’s David, and then to characterize it, to render on the surface those cracks, fractures, strains, abrasions, the more or less smooth parts, and thus to give a soul to what is, in reality, a copy that has been transformed from digital into physical matter,” says Nicola Salvioli, who heads the group of restorers.

The clone of David will emerge in one piece from this laboratory, lying in a special crate to be delicately transported by air to the UAE.

While no-one involved in the project has dared imagine they’re competing with Michelangelo – “that’s unthinkable”, as Salvioli says – they have relished rising to a series of never-before-seen challenges.

“The challenge here is, being a pilot project, a pilot model, to bring together all these materials, all these technologies through chemistry, physics, and hard work, because our eyes and hands are always under pressure,” says Salvioli.

“The difficulty is thinking about moving the statue bearing in mind the static nature of the materials and thinking about the temperatures that this sculpture will encounter because it will go from the cold of the plane to the heat of Dubai.”

While its twin dazzles at Dubai’s Expo, the original David will be waiting for the return of over 1.5 million visitors who visit Florence’s Accademia Gallery every year from all over the world before the coronavirus pandemic hit.

“He will go as a messenger; we will send him as a messenger, to the Expo in Dubai, this October it will open,” says Cecilie Hollberg, director of the Galleria dell’Accademia.

“And he will show us how to go on in this period, but the original always will stay here and we will keep him in this museum, and we expect visitors again, after all these strange times we’re living in.”

The Tuscan artist’s masterpiece is one of the emblems of the Renaissance, a symbol abroad for both Florence and Italy.

It depicts the protagonist of one of the most famous episodes in the Bible: the shepherd David who, armed with a simple sling, killed Goliath, a fearsome giant who was at war with the people of Israel.

Two other artists had already tried to work on this large block of poor-quality marble, but Michelangelo Buonarroti, aged only 26, succeeded where they had failed.

The result so exceeded expectations that the statue, originally intended to stand on one of the outer buttresses of the cathedral of Santa Maria del Fiore, was placed in the central Piazza Della Signoria, where it remained until 1873 to be replaced by a copy.

CIt is consideredthe ideal of masculine beauty in art and a symbol of faith and courage triumphing over brute violence; it represents hope for a better and safer future.

A message that will now reach more people thanks to this, most faithful, 3D-printed copy. 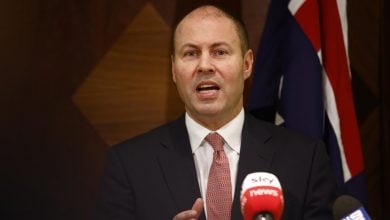