It’s still possible to contract Covid-19 even after being vaccinated, but a new study has revealed the symptoms you experience could be slightly different. You can still get infected with the coronavirus after a jab, but a new study suggests the common symptoms appear somewhat different. Researchers at King’s College London revealed what to expect from Covid post-vaccination, including most at risk. While it’s possible to still catch coronavirus post jab, the vaccine slashes the risk of severe disease, hospitalization, and death – and helps stop transmission, The Sun reports.

Summary show
They collected data on thousands of people in the UK using the ZOE Covid Symptom Study app.
Loss of smell, chills, and headaches were all slashed by at least half.
Sneezing was 24 percent more common in this age group.

They collected data on thousands of people in the UK using the ZOE Covid Symptom Study app.

Of 1.1 million app users who had the first dose, almost 2,400 (0.2 percent) reported a positive Covid test. And of the half a million who had received two doses, 187 (0.03 per cent) tested positive weeks after. Those who had been inoculated were less likely to report any of the symptoms of the coronavirus. They were almost 70 percent less likely to have a fever than those unvaccinated and 55 percent less likely to suffer fatigue.

Loss of smell, chills, and headaches were all slashed by at least half.

Vaccinated people with Covid reported similar levels of shortness of breath, earache, and swollen glands. But one symptom was significantly more common in people under 60 years old who were unlucky enough to get Covid post-jab.

Sneezing was 24 percent more common in this age group.

It has never been flagged as a sign of Covid infection, more typically seen in people with the flu or a cold. The surprised researchers said: “We are unaware of previous reports of sneezing being more common post-vaccination for other respiratory illnesses ….” “But it is a well-recognised symptom of both respiratory infection and allergy prompted by nasal mucosa irritation.”

The researchers explained that people with allergies sneeze because the germs quickly activate their immune system. They theorized that those whose immune systems are “primed” against Covid due to vaccination may react similarly. They also warned that sneezing may be a symptom to be wary of in the future because it could signal someone is carrying the virus. “Sneezing generates aerosols; potentially of importance for viral transmission in the post-vaccine era,” the paper said. 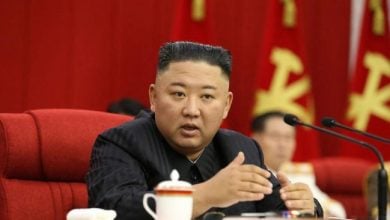