Fed up after decades of repressive rule, thousands of Cubans have swarmed the streets – sparking an international war of words. A war of words has erupted between the United States and Cuba as the Cuban people stage their most significant protests in decades against its authoritarian government. Thousands of demonstrators took to the streets on Sunday, chanting: “Down with the dictatorship!” Dozens were arrested. 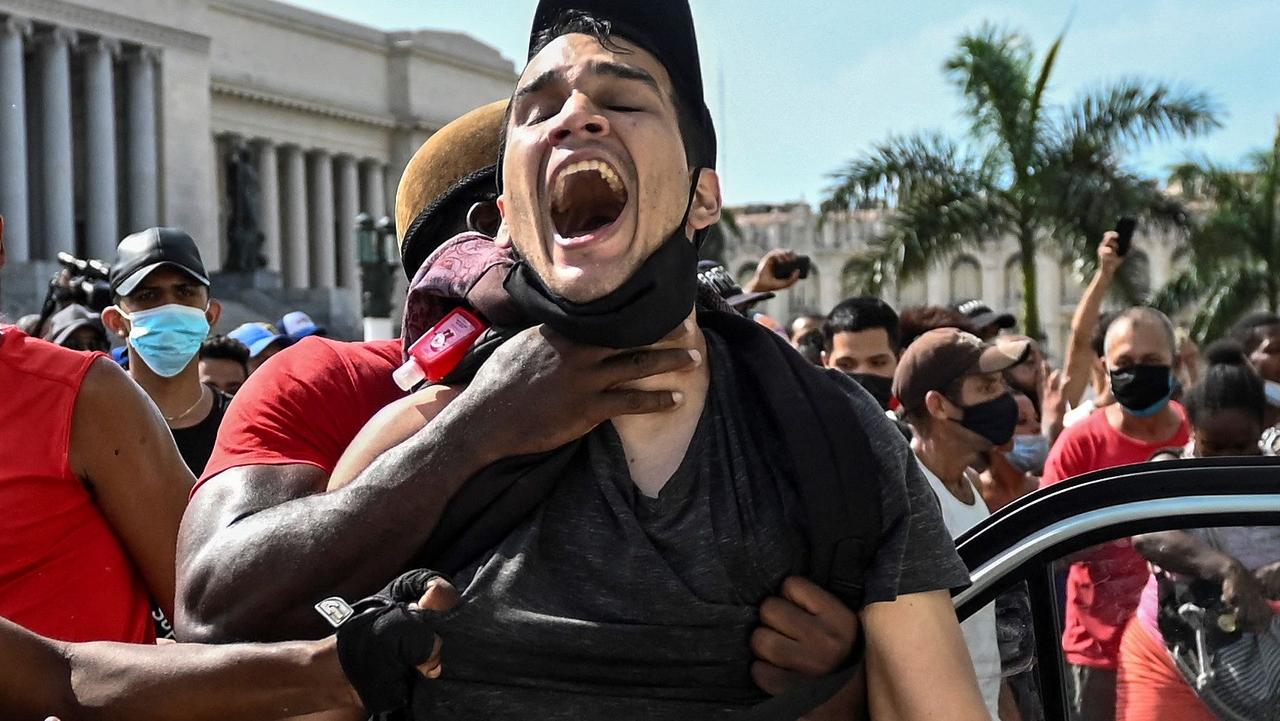 Summary show
The anti-government rallies erupted spontaneously in several cities.
In a public address, Mr. Diaz-Canel said the US was pushing for “regime change.

Cuba is enduring its worst economic crisis in 30 years, with chronic shortages of electricity, food and medicine, and a recent worsening of the coronavirus pandemic. The country of 11 million people just reported a new daily record of almost 7000 infections and 47 deaths.

The only authorized gatherings in Cuba are usually events of the ruling Communist Party, but according to the data journalism site Inventario, a total of 40 protests took place on Sunday.

President Miguel Diaz-Canel blamed the US, accusing it of imposing a “policy of economic suffocation to provoke social unrest”. Cuba has been under US sanctions since 1962.

In a public address, Mr. Diaz-Canel said the US was pushing for “regime change.

Cuban foreign minister Bruno Rodriquez Parrilla claimed a “genocidal blockade” from the US was the cause of his country’s economic troubles. The US, meanwhile, said the mass protests were in response to “decades of repression” in the one-party state, which has been ruled by the Communist Party since 1965.

“The Cuban people are demanding their freedom from an authoritarian regime. I don’t think we’ve seen anything like these protests in a long, long time, if quite frankly ever,” US President Joe Biden said.

“The United States stands firmly with the people of Cuba as they assert their universal rights. We call on the government of Cuba to refrain from violence or attempts to silence the voice of the people.” In a more formal, written statement earlier on Monday, Mr. Biden hailed the Cuban people’s “clarion call for freedom”.