The fatal blood clotting suffered by a woman in NSW is “likely” linked to the AstraZeneca COVID-19 vaccine she received, Australia’s medical regulator has announced.  The revelation came in a statement late on Friday night from the Therapeutic Goods Administration (TGA). The TGA’s Vaccine Safety Investigation Group (VSIG) met on Friday. It concluded the blood clotting in 48-year-old Genene Norris’ arteries and veins, as well as her low platelet count, was “likely to be linked to vaccination”. She was vaccinated with the AstraZeneca shot on 8 April and admitted to hospital four days later, where she died. The TGA’s statement said that the review of the woman’s death was complicated by her underlying medical conditions, including diabetes and “some atypical features”, the TGA’s statement said. It said “anti-PFA antibodies” – which activate platelets and have been found in almost all other internationally reported blood clot cases – were also absent.  TGA Deputy Secretary John Skerritt said the absence of the antibodies meant the woman’s death was a “most unusual case” which “certainly hasn’t been closed”.

Summary show
An autopsy is scheduled to take place early next week.
The balance for Australians is apparent in terms of vaccinations.

An autopsy is scheduled to take place early next week.

“Currently, we know as much as the public knows as further medical investigations need to take place,” Ms. Norris’ family said in a statement on Saturday. “Everyone who knew Genene talks of her fun-loving, happy character and her sense of service to those around her. Genene’s devotion to our family was deep and gave her much joy. “Her passing leaves a gaping void in our family. We cannot believe that this time last week she was

with us, and now she is gone.” It is the third report of the rare blood clotting disorder linked to the AstraZeneca vaccine in Australia and the first death. The other two cases are being treated in hospital and have been recovering well. Last Thursday, adults in Australians under the age of 50 were warned off receiving the AstraZeneca shot, with Pfizer becoming the preferred vaccine for that demographic.

The TGA said the woman who died was vaccinated before authorities decided later that day, it said in its Friday statement. “Given this is an atypical presentation, should the test results and autopsy provide an alternative causation, VSIG would review their decision,” the TGA said. Following the announcement, Health Minister Greg Hunt said he would ask the Australian Technical Advisory Group on Immunisation (ATAGI) to undergo a continuous review of COVID-19 vaccinations.

He also reassured Australians about the safety of available vaccines, telling journalists they are “overwhelmingly safe, effective, and recommended”. “We are in a safe and fortunate position, but that cannot be presumed and guaranteed, and that’s why the vaccination remains so important,” he said on Saturday.

The balance for Australians is apparent in terms of vaccinations.

Professor Skerritt said this week that blood clotting associated with the AstraZeneca vaccine was so rare that “your chances of winning the lotto are much higher”, with the regulator’s Friday statement saying the three cases in Australia so far equated to a frequency of one in 295,000.

The prevalence in Australia is similar to that observed in the United Kingdom, he said. 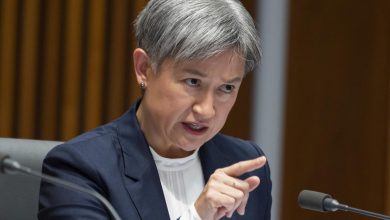