According to a message conveyed to family and friends, detained Australian writer Yang Hengjun, who is facing trial in Beijing on espionage charges, has asked for the exclusion of evidence obtained in interrogations where he says he was tortured.

In his first comments since Thursday’s court hearing, which was closed to family and Australian consular officials because China says it involved state secrets, Dr. Yang also expressed concern that geopolitical tensions may influence the outcome of his trial.

“If a wrong decision is made because of political pressure or bad international relations, under the pretext of national security, that’s bad,” he said in the message, which was seen by Reuters and verified by a source with knowledge of the matter.

Diplomatic ties between Australia and China have deteriorated sharply since Yang was detained in January 2019, with China imposing trade sanctions on some imports from Australia and reacting angrily to its call for an international inquiry into the origins of the coronavirus.

Australia says it has received no explanation for the charges against Yang, and foreign minister Marise Payne on Friday labeled Dr. Yang’s case “arbitrary detention” after consular officials visited him in detention.

“I hope Australia can keep communicating with China on good terms to help bring about my release as soon as possible,” Dr. Yang said in the message.

Dr. Yang said he addressed the court directly for three to five minutes during the six-hour hearing. 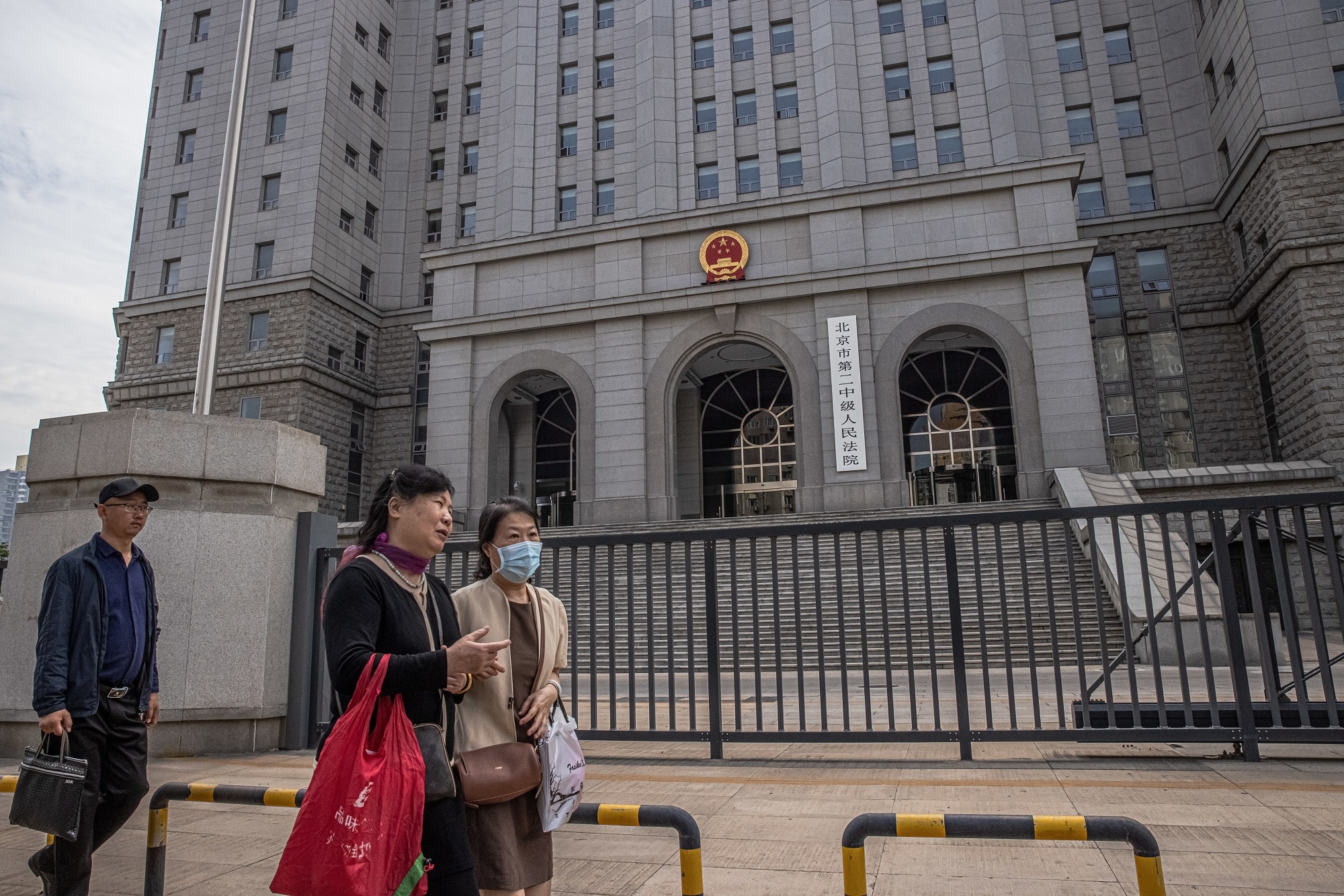 People walk past the Intermediate People’s Court in Beijing, where Yang Hengjun’s trial is held.

Summary show
AAP
Dr. Yang said he had told the judge: “I hope that Chinese rule of law wins.”
“It’s illegal. Torture. They had hidden camera records,” he said.
“I didn’t work for Australia or the US. I’m only writing for people,” he said.

“I was tired and confused and didn’t have the spirit to speak enough,” he said, adding he was satisfied with the defense presented by his lawyers. Human rights lawyers Mo Shaoping and Shang Baojun were appointed by his family but have been forbidden from speaking to anyone about the details of the national security case.

Dr. Yang said he had told the judge: “I hope that Chinese rule of law wins.”

Dr. Yang said he met the judge on Monday and made a plea to exclude his interrogation records ahead of the hearing.

“It’s illegal. Torture. They had hidden camera records,” he said.

Dr. Yang was held in residential surveillance at a designated location, a form of informal detention without legal representation, for six months in 2019. Australia has repeatedly complained about the conditions under which he was held. Chinese Foreign Ministry spokesman Zhao Lijian previously rejected allegations of torture. “All of Yang Hengjun’s lawful rights have been fully guaranteed,

and there is no so-called torture or abuse,” he told reporters in December. Yang said in the message he had “served China when I was young, even secretly, and I helped people”. Reuters previously reported Yang had told supporters he worked for Chinese security agencies before migrating to Australia in 1999. He later became a high-profile blogger who wrote about Chinese democracy. In the message released on Sunday, he doesn’t know which espionage agency he is alleged to have worked for.

“I didn’t work for Australia or the US. I’m only writing for people,” he said.