In the early hours of November 4, a “confused and dejected” Donald Trump had twelve people shouting at him. In the end, he only listened to one of them. The most intriguing character in the latest tell-all book about Donald Trump is not the former president. It isn’t a Trump family member or any of the White House staffers trying to quietly rehabilitate their reputations or anyone in a position of power at all. It’s Saundra Kiczenski, a 50-something-year-old employee of Walmart’s patio and garden department in northern Michigan.

Frankly, We Did Win This Election: The Inside Story of How Trump Lost is, for the most part, precisely what it says on the cover: a behind-the-scenes breakdown of Mr. Trump’s tumultuous final year in power.

Like every other account of the Trump presidency, it’s peppered with unsettling and occasionally shocking anecdotes, which shed new light on the dysfunction of Mr. Trump’s White House and the character of the former president himself. But the author, Wall Street Journal reporter Michael Bender, weaves those revelations around the story of the Front Row Joes, a group of Mr. Trump’s most committed supporters.

Ms. Kiczenski was one of their founding members.

Throughout Mr. Trump’s candidacy in 2016 and then his presidency, the Front Row Joes followed him across the country like groupies pursuing their favorite rock band. That analogy sounds trite, I know, but it’s actually rather fitting. Mr. Trump rarely says anything new at his political rallies. Usually, he just plays the greatest hits, like an ageing band cycling through its old songs, trading off the audience’s nostalgia. And that’s just how Mr. Trump’s

diehard supporters like it. Some of the Front Row Joes attended more than 50 of his rallies, and they were usually first in line, often showing up days before the event. Through the stories of Ms. Kiczenski and her friends, Bender goes some way towards explaining Mr. Trump’s enduring appeal and why no lie, scandal, or screw-up could ever sever his bond with millions of Americans. The Front Row Joes are sympathetic characters; fundamentally decent people who found a larger purpose and a new sense of community in their shared support for Mr. Trump. 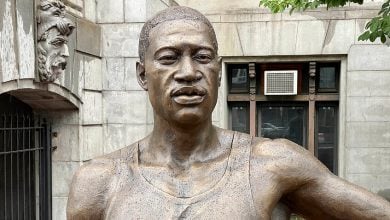 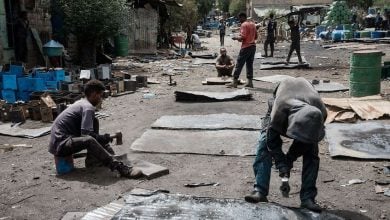