Dozens of complaints have been made against federal members of parliament in the past four years, according to a review commissioned by the government in the wake of Brittany Higgins’ rape allegation.  The Foster Report, released late on Friday afternoon, also made several recommendations to improve how federal parliamentary staff’s complaints are handled. The review was launched after former Liberal staffer Brittany Higgins came forward with allegations she was raped by a male colleague in then-defense industry minister Linda Reynold’s office inside Parliament House in March 2019. The review was conducted by Department of Prime Minister and Cabinet deputy secretary Stephanie Foster, who was asked to look at how serious incidents are reported in parliamentary workplaces.

It uncovered that since July 2017, there have been 76 complaints made to the Department of Finance, which manages the employment of parliamentary staff. Five of those complaints related to sexual harassment and 38 complaints reported related to the conduct of a parliamentarian. The report states that seven of 19 complaints that went through formal action were referred to an external investigation.

A hotline set up for parliamentary staff in the wake of the Brittany Higgins allegations received “a small but steady stream of calls” in its initial weeks, “with over 80% answered within 20 seconds, which has tapered off in the weeks since,” the report says

The review found that existing complaint procedures for staff were not designed to respond appropriately to severe incidents in the parliamentary workplace, particularly those relating to sexual assault.

It recommended a “trusted, independent” complaints mechanism that would have consequences for misconduct and that parliamentarians and staff be educated “face to face” on ways to prevent, identify and respond to severe incidents in the workplace. “It is a watershed moment for the Parliament, and an opportunity to change the way it balances its pressured, complex, inherently insecure and intensely political environment with its legal and ethical obligations to provide a safe and respectful workplace,” the report says.

Unacceptable behaviour, whether by parliamentarians or staff, inflicts damage on everyone and undermines the legitimacy and authority of the Parliament, and its ability to attract and retain high quality staff.

Among its 10 recommendations was the establishment of a “Serious Incident Team” within Parliament House that would provide staff with an avenue to come forward with their complaints about cases, including sexual assault and harassment. It would provide advice, support, and “debriefing” services along with referrals to relevant support services and appropriate ways to “locally” resolve the complaint.

“The review proposes that the Serious Incident Team be trauma-informed, client-centric, confidential, independent and impartial,” the report says.  The report also found that the Department of Finance was conducting a review of its workplace bullying and harassment policy after it was revealed the policy did not “clearly state” that bullying and harassment were not tolerated. The policy also stressed that the best way to resolve issues was for individual employees to self-manage the complaint.

The union responsible for public servants said it “defied logic” that the department was now working on its own sexual harassment policy that the union had long called for. At every turn, they have blocked or ignored CPSU members’ calls for such a policy, including rejecting a drafted stand-alone policy, with no reason or feedback,” CPSU national secretary Melissa Donnelly said in a statement. “It’s not enough for (Finance Minister

Simon) Birmingham to consult politicians, who are in some cases part of the problem. The next stages of the implementation must focus on the very workers that the policies concern.” The report also recommended the standards for ministers and their staff be updated to clearly state that assault, sexual assault, sexual harassment, and serious or systemic bullying and harassment were unacceptable in their workplaces. 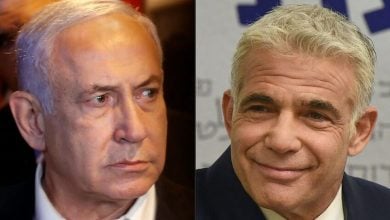