But Afghanistan veteran and long-time advocate for the interpreters, Jason Scanes, says some of those applications appear to be a backlog of cases from several years ago that are only just being cleared.

“The issue at the moment – it’s very alarming and concerning. We have a resurgent Taliban, a Coalition footprint that’s fading in Afghanistan and the window of opportunity (to save interpreters) is closing,” he told SBS News.

Since Australia joined the US in announcing the withdrawal of its remaining troops from Afghanistan, over 150 Afghan staff and their family members have been granted special refugee visas to enable their relocation to Australia, the Department of Home Affairs has told SBS News.

“Visa grants this year under the (locally engaged employee) program are the highest since 2013-14,” a spokesperson said in a statement.

Some of those who’ve been granted visas are preparing to leave the country as soon as Sunday, 20 June.

The department stressed that visas for the Afghan interpreters are given the “highest processing priority” but that strict health, character and national security clearances must still be met. 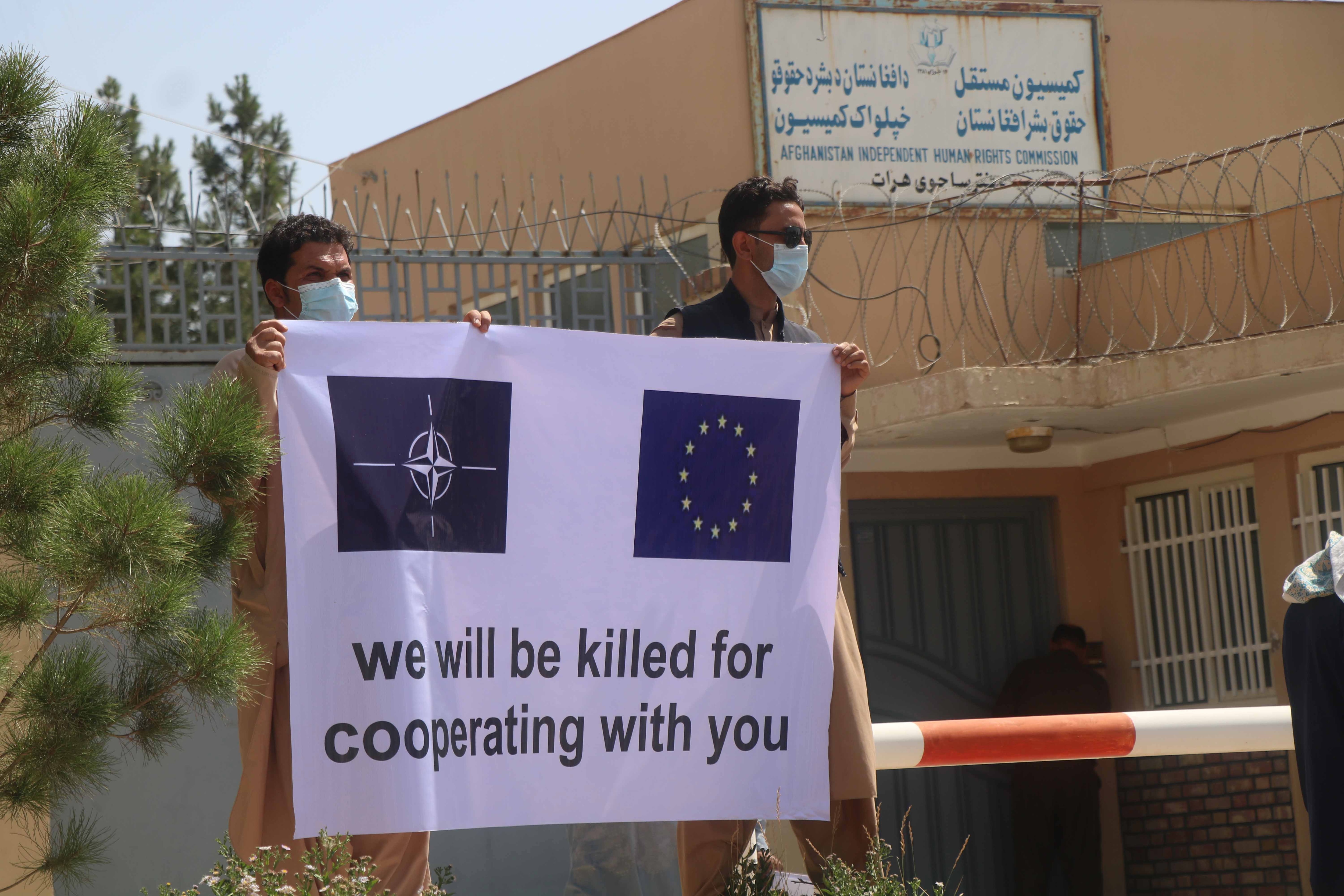 Mr Scanes said that – based on reports from SBS Dari of those who’d had their cases approved – some of the applications dated as far back as 2014.

“If six or seven years is the highest processing priority I would say that is not sufficient,” Mr Scanes said.

“It’s a marketing campaign by the government.”

“They are on the run at the moment, they are being hunted down.”

More than 100 former Afghan ADF staff are still waiting for their visas to be processed, according to documents released to Nine under freedom of information laws.

Some are waiting as long as a year to have their cases finalised, with current wait times for processing applications running at 48 weeks.

Some 25 applications have been denied.

A growing number of people in the Defence community are joining calls for more to be done to protect Afghan interpreters, who fear for their lives in the face of a resurgent Taliban.

Some interpreters say they have received death threats, been the target of failed assassination attempts, and others have reportedly died waiting for their visas to be processed.

“I am concerned about those people who have helped the Australian government do its work there,” he said.

“Decisions are being considered and will be made in due course.”

Dozens of elite US police resign