Barnaby Joyce’s political resurrection has prompted criticism that the National Party is “not listening” to the concerns of women.

On Tuesday morning, Mr. Joyce was sworn in as deputy prime minister after retaking the Nationals leadership – a role he was forced to relinquish in 2018.

His exit from the job in February 2018 followed an extramarital affair with former staffer Vikki Campion and a separate allegation of sexual harassment, which he has always vehemently denied.

Nationals colleagues Anne Webster and Michelle Landry have raised questions around how female voters will perceive his return.

On Tuesday, Alana Johnson, a founding member of the Australian Women In Agriculture group, told ABC Radio that she believed Mr. Joyce’s return as leader showed the Nationals weren’t listening to women.

“You would wonder why the Nationals would put somebody there who is so behind the eight ball because of the skeletons in the cupboard,” she said. 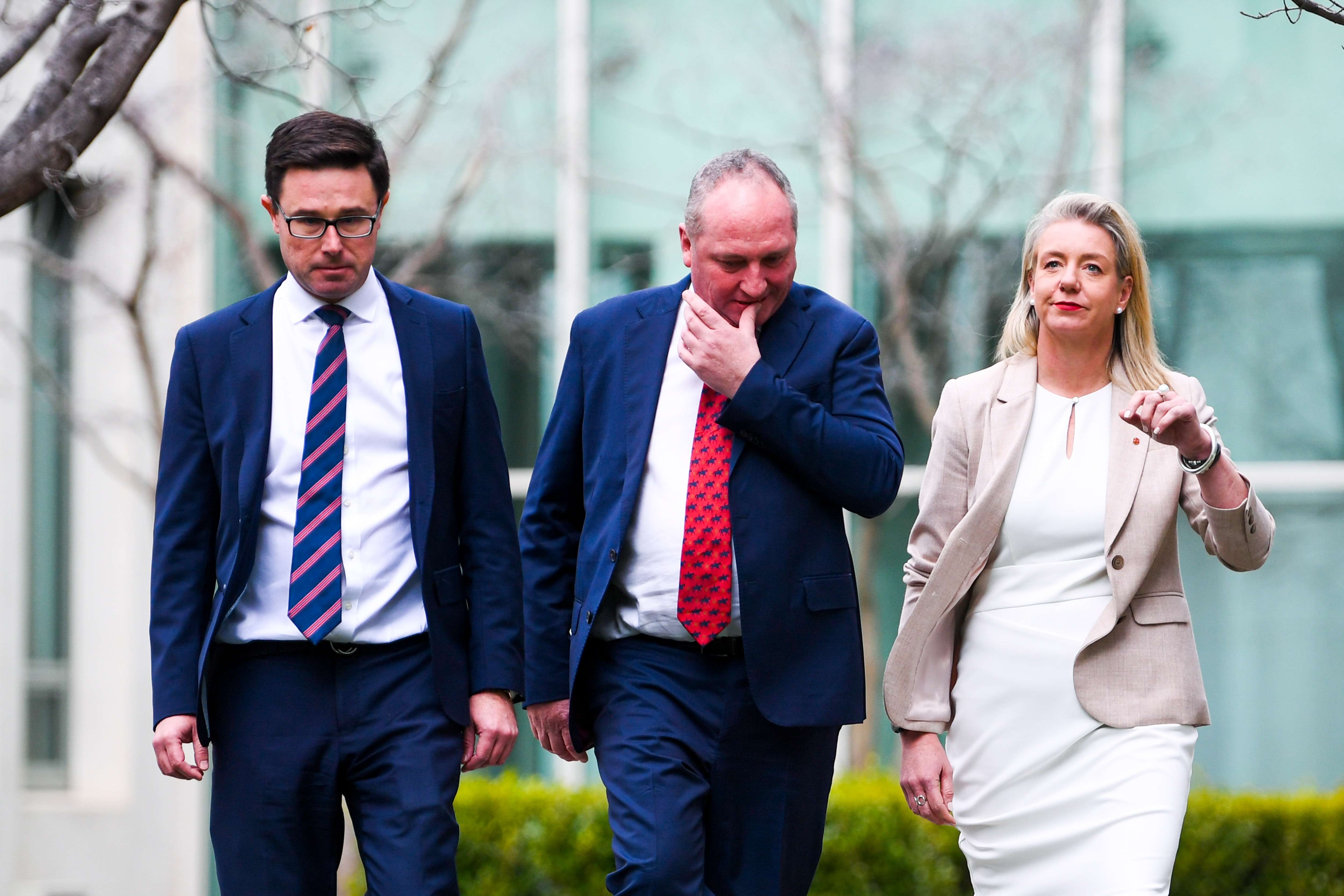 “Those mistakes have been made, and for women to actually feel any sense of trust in the National party, there is an awful lot that needs to be rebuilt.”

Catherine Marriott, a former West Australian Rural Woman of the Year, in 2018 lodged a confidential complaint with the federal branch of the National Party relating to an alleged incident in 2016.

An investigation conducted by the National Party was inconclusive and made no determination on the complaint because of insufficient evidence.

Summary show
Mr. Joyce has categorically denied the allegations calling them “spurious and defamatory”.
“I will try, always, to be the better person. I acknowledge my faults,” he told reporters.
“Barnaby Joyce now needs to demonstrate why he should be back where he is.“
“This is a move that is an insult to women everywhere.”

Mr. Joyce has categorically denied the allegations calling them “spurious and defamatory”.

He addressed his reasons for stepping down as leader on Monday, stating that he wantedto  “clear the air” and had grown since returning to the backbench.

“I will try, always, to be the better person. I acknowledge my faults,” he told reporters.

On Tuesday, Nationals deputy leader for Victoria Steph Ryan said she believed Mr. Joyce’s previous actions meant he should not have returned to the leadership.

“I’ve never made any secret of the fact that I think Barnaby Joyce’s previous actions didn’t really make him eligible for the top job,” she told reporters.

“Barnaby Joyce now needs to demonstrate why he should be back where he is.“

On Monday, WA Nationals leader Mia Davies, who has been a vocal critic of Mr. Joyce, also said she was disappointed. Ms. Davies was among the first to initially call for Mr. Joyce to step down as party leader in early 2018, saying the political scrutiny surrounding him had become a distraction.

Greens Senator Larissa Waters on Tuesday also added her voice to concerns around the promotion of Mr. Joyce.

“Women in the National Party – women in rural and regional Australia – have already come out and decried Barnaby Joyce’s return,” she told reporters.

“This is a move that is an insult to women everywhere.”

Mr. Joyce secured the Nationals leadership in a party room spill on Monday.