Footballer Hakeem Al-Araibi is suing the federal government for negligence and breaching its duty of care after he was wrongfully detained in Thailand.

The Bahrain-born Australian made global headlines after he was detained by Thai authorities while on honeymoon from Melbourne in November 2018.

His detention came after Bahrain had issued an Interpol red notice for his arrest – but it’s a list he never should have been on given his refugee status.

Mr Al-Araibi had been granted a protection visa by Australia in November 2017 after allegedly being tortured in his home-country of Bahrain.

But missteps by the Department of Home Affairs meant the red notice was not cancelled before he left Melbourne, and Mr Al-Araibi was locked up in Thailand for 76 days while facing extradition to Bahrain.

Australia’s Federal Police commissioner later apologised to Mr Al-Araibi for the process that led to his detention. 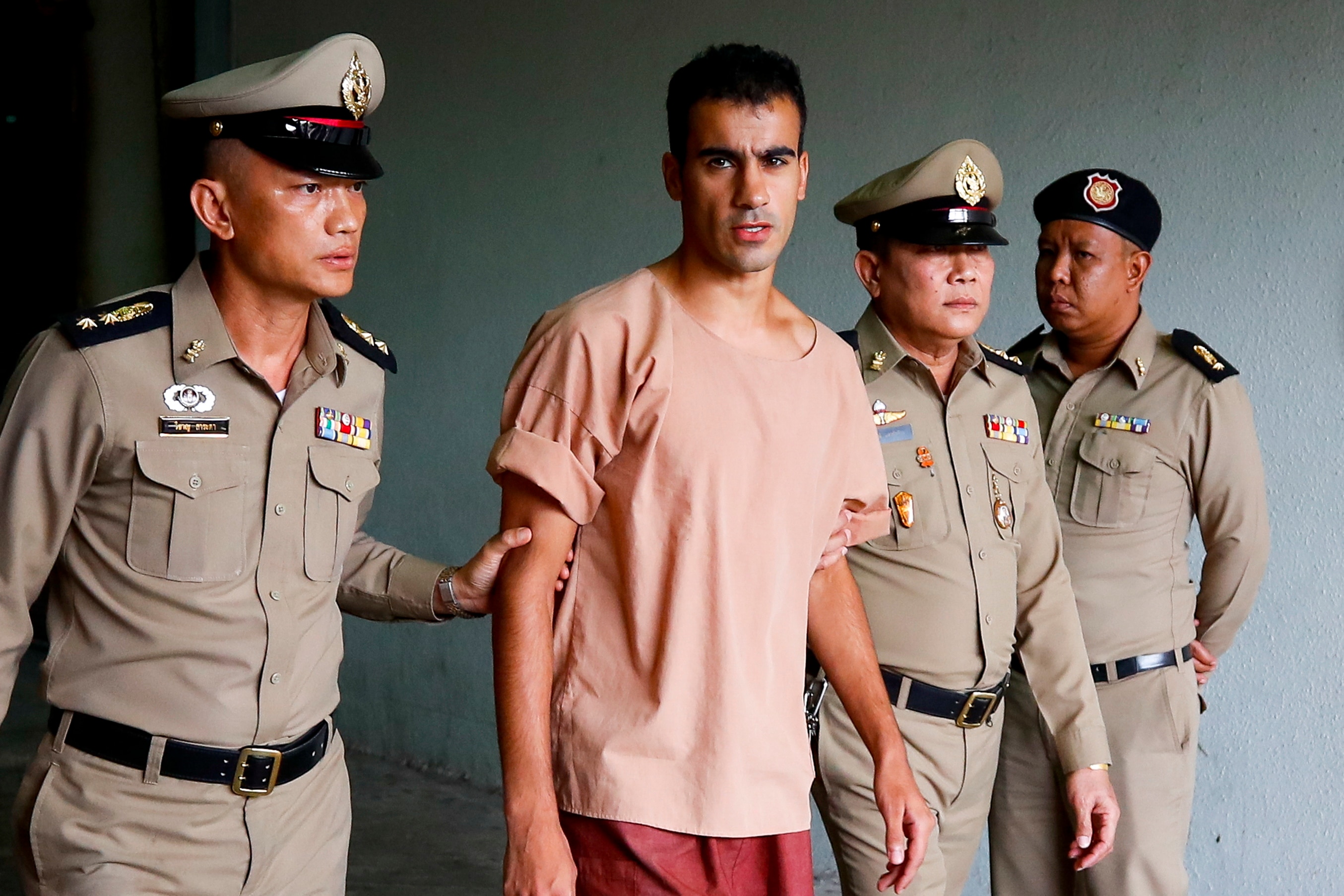 Hakeem Al-Araibi is escorted out of court by Thai prison officers following an extradition hearing at the Criminal Court in Bangkok.

A statement of claim filed in the Supreme Court of Victoria by Holding Redlich lawyers on behalf of Mr Al-Araibi, said he has suffered injury, loss and damage – including post-traumatic stress disorder – because of the ordeal.

“The Plaintiff was in a position of extreme vulnerability, being a person with a well founded fear of persecution by the Bahrain Government, a confirmed refugee and unaware of the Red Notice,” the writ says.

The statement of claim alleges the Department of Home Affairs had been notified about the Interpol red notice on 8 November 2018, prior to his departure to Thailand on 27 November.

After being detained, Mr Al-Araibi remained behind bars even after the Department of Home Affairs had confirmed his refugee status.

Thailand is not a signatory to the refugee convention and had considered Bahrain’s extradition request prior to his eventual release on 11 February.

The writ filed in court asserts that the federal government failed in its “duty of care” to Mr Al-Araibi by not taking reasonable steps to convey his refugee status to Interpol to prevent his arrest.

The writ also suggests if it weren’t for this negligence and breach of duty of care, the Interpol notice would have been cancelled more quickly and Mr Al-Araibi never detained.

Mr Al-Araibi had worked as a carpenter and an Uber driver at the time and his extended detention led to a loss of income, the court has been told.

He has also incurred and will continue to incur medical expenses, according to the writ from his lawyers.

Bahrain had sought his extradition because it claimed that he was involved in vandalising a police station in 2012.

Mr Al-Araibi fled to Australia in 2014 and had played for Pascoe Vale FC in Melbourne with the campaign for his release from detention in Thailand led by former Socceroo Craig Foster.

He became an Australian citizen once he returned to Australia in 2019.

A spokesperson for the Australian Federal Police said it would not be appropriate to comment given the matter is before the courts.