The end of the financial year is near. So all of us — especially those scrambling at the last minute to get their receipts in order — should keep an eye out for the accompanying onslaught of tax scams.

Posing as the Australian Taxation Office in particular has been a key vehicle for scammers to target victims, with considerable success over the years.

According to an Australian Competition and Consumer Commission report, scams targeting Australians last year cost an estimated A$851 million. Reported financial losses over the past five years show a clear upward trajectory. 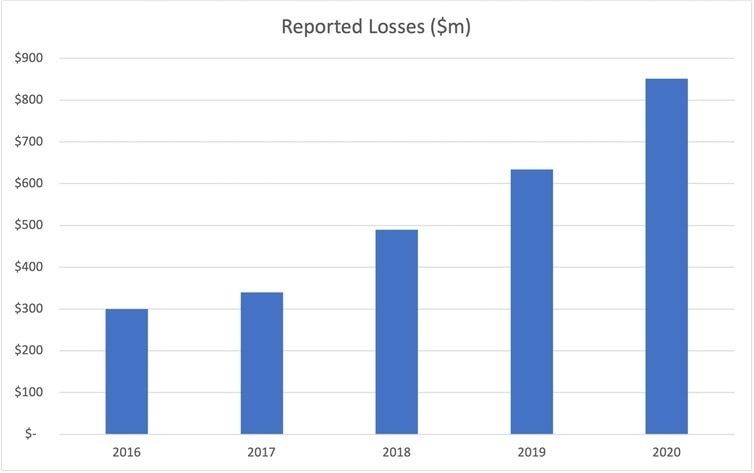 Reported financial losses from scams over the last five years, based on data from the ACCC.

And while this is clearly concerning, it only represents a proportion of the overall problem, as many victims are unlikely to report being scammed.

Scams come in various forms. Often they will use social engineering to convince victims to reveal personal information or to participate in their scheme. They rely on the same emotional triggers marketers use to encourage purchasing.

The excitement of chasing (and getting) a good deal leads to a feeling of self-satisfaction that’s hard to resist. Bargain-hunting, in other words, makes us feel smart. But it doesn’t mean we are smart.

Criminals rely on this to bypass a potential victim’s rational brain and appeal directly to their emotions. Scams will often frighten victims with threats of financial or even criminal penalties.

Scammers will use any event or entity as an opportunity to undertake fraudulent behaviour. The ATO therefore presents them a valuable opportunity, as having to interact with it at some point is a near-universal experience for Australians.

Scams based on the ATO are so common that the body has a dedicated page to alert taxpayers with examples from the preceding two years.

Phone scams in particular have attracted a lot of attention. The ATO has even provided a real example online to warn the public.

Tax time is the perfect opportunity for scammers, as taxpayers are often time-poor, working to a deadline and are conscious of the legal consequences of failing to comply.

Receiving an email, SMS or voice call at this time of year with a tax-related matter has an air of legitimacy (we expect them) and a sense of urgency (we don’t want to be fined).

But illegitimate demands for payment and requests for information can lead to huge financial losses and identity fraud.

How to spot scams

While the ATO does phone and send text messages to individuals, it will never ask you to make a payment to nullify an arrest warrant, nor will it threaten you with revoking your Tax File Number, as is done in some scams. It also won’t ever call you using prerecorded messages.

These messages are known as “RoboCalls”. They can range from sounding quite genuine to being almost laughable. In either case, if you ever wish to follow up you should contact the ATO directly. Do not respond to the message, and do not provide any information.

Moreover, don’t trust an email or website based simply on its appearance. Anyone can copy the ATO’s website and branding.

Requests for unusual payment methods, such as via Western Union or cryptocurrency, are also indicators of a tax scam. Similarly, any requests to pay your tax with gift cards should be reported.

If you are suspicious of a communication you’ve received, the best way to react is to not react. Take a breath, count to five and ask yourself whether what you’re looking at seems legitimate. Is it unusual in any way?

Scammers rely on victims acting quickly on impulse. Pausing and reflecting is the best weapon against social engineering. Take time to consider who the message is from. What are they asking you to do, and why?

The ATO provides a useful set of examples and advice regarding how scammers try to convince victims of their legitimacy.

What to do if you get scammed

If you know you’ve been scammed, or suspect you may have been, the first step is to contact the ATO (always using the phone number on the official website). You can also report the incident directly via the ATO’s report a scam page, or through ScamWatch.

If you’ve already lost money to scammers, unfortunately there are limited options because most scams send stolen money to offshore accounts, making recovery almost impossible. If you’ve bought gift cards you can talk with the retailer, but most are non-refundable.

If you have made a funds transfer or credit card payment, you should contact your bank to see if the funds can be recovered (and speed is crucial here).

Year after year, we can’t avoid doing our taxes. But if we’re careful, calm and aware, we can at least avoid being taken advantage of by scammers.

Republican Party should ‘rightly be called the Trump Party’