ATLANTA (AP) – Giannis Antetokounmpo scored 15 points in his return to the Milwaukee lineup and got plenty of help from his teammates as the Bucks cooled off the surging Atlanta Hawks 120-109 Thursday night. Antetokounmpo had missed six games with an ailing left knee before getting cleared to return in Atlanta, where he starred in the NBA All-Star Game last month. He played 25 minutes in his return, hitting 7 of 12 shots with five rebounds, three steals, two assists, and a block. He didn’t have to carry too much load as the Bucks put seven players in double figures, led by Jrue Holiday with 23 points. The Hawks got as close as 113-105 with just over two minutes remaining, but the Bucks sealed the victory with a sequence in which they claimed three straight offensive rebounds, the last leading to a put-back dunk by Brook Lopez.

Summary show
Pat Connaughton finished off the Hawks with a 3-pointer.
The Hawks lost for only the sixth time in 22 games since Nate McMillan took over as interim coach.
Milwaukee led as many as 14 in the first half, settling for a 64-52 edge at the break.
TIP-INS
UP NEXT
Hawks: Host the Indiana Pacers on Sunday.
Sign up for Daily Newsletters

Pat Connaughton finished off the Hawks with a 3-pointer.

Bogdan Bogdanovic led the Hawks with 28 points, hitting six 3-pointers. After missing two games with a calf injury, Trae Young returned but had a terrible night, connecting on just 3 of 17 shots.

The Hawks lost for only the sixth time in 22 games since Nate McMillan took over as interim coach.

Antetokounmpo added another excellent memory from State Farm Arena. He was MVP of the All-Star Game, hitting all 16 of his shots for 35 points – the most baskets without a miss in the history of the midseason showcase. The Bucks stretched their lead for third place in the Eastern Conference to 6 1/2 games over the fourth-place Hawks.

Getting hot from long range, Atlanta quickly erased the deficit in the third. Bogdanovic knocked down a 3-pointer to put the Hawks ahead 74-73 near the midway point of the period – Atlanta’s first lead since the opening minutes. But, in a game of spurts, Milwaukee quickly regained the momentum and pushed the margin at the end of the third to exactly where it stood at halftime, 94-82.

The Bucks wrapped up a stretch in which they played nine of 10 on the road.

Bucks: Lopez had 19 points and 12 rebounds. … Connaughton made four 3-pointers and finished with 14 points.

Bucks: Return to Milwaukee on Saturday for just their second home game in the past three weeks. They will host the Memphis Grizzlies to start a four-game homestand. 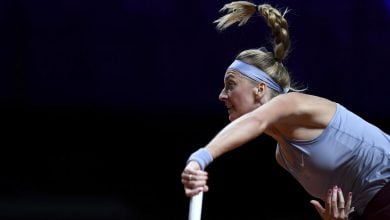 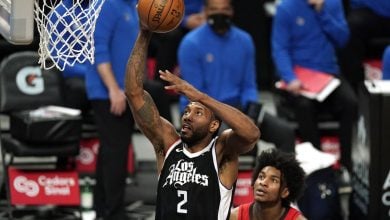 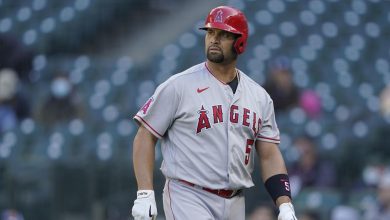 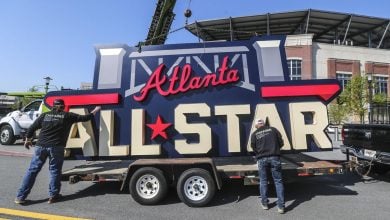