The little girl’s father, Moshe Williams, 30, and his girlfriend, Carolyn Aune, 28, have been charged with aggravated child abuse, and they are being held on $1 million bonds at the Park County Detention Centre Cody. The investigation began on March 27 when Paisleigh was rushed to the Cody Regional Health Emergency Room by her dad, according to court documents seen by the Powell Tribune.

Williams and Aune told cops Paisleigh was constantly throwing up, and they thought it might be a stomach bug.

But doctors noted she was unresponsive and had several bruises on her face, back, head and legs, and charging documents said the toddler’s bowel had been separated in two places.

A doctor at Children’s Hospital Colorado said the injury resulted from “severe blunt force trauma to the abdomen”. The toddler also had two compressed vertebrae in her neck, and one of her ribs appeared to have been broken one or two weeks earlier. Her right leg had to be amputated due to lack of circulation after she went into cardiac arrest during a flight to Denver’s children’s hospital.

She was reportedly taken off life support on Sunday after doctors deemed her to be brain dead.

The girl’s mother, Rebecca Holtsman, paid tribute to her “sweet little girl” after confirming her death at the hospital. “She was such a sweet little girl. She was so outgoing and so happy. She’s so loving; she was well-loved by so many people. She had an impact on so many different lives,” she told KTVQ. 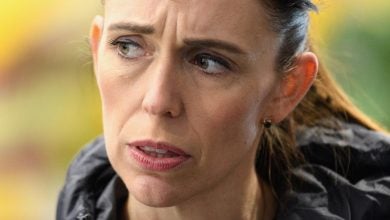