Government officials have dodged questions about what specific action Australia is taking to respond to concerns over the widespread use of forced labor in Xinjiang.

A parliamentary committee is considering an import ban on products and components produced in the western Chinese province under proposed laws by independent Senator Rex Patrick.

The United Nations has urged companies and countries to closely scrutinize their supply chains over concerns about ethnic-minority Uighurs’ alleged detention and forced labor in China.

Experts and Uighurs in Australia have raised concerns that Australia does not have specific measures to combat forced labor in Xinjiang.

The committee examining proposed laws to bolster its response on Tuesday heard that the Australian government’s broad laws to address modern slavery don’t go far enough in responding to concerns in Xinjiang.

Senator Rex Patrick speaks during a Senate inquiry at Parliament House in Canberra.

In the hearing, Senator Patrick pressed government officials on how government agencies communicated with Australian companies concerned about importing goods from Xinjiang.

“What specific advice does DFAT or Border Force give to companies that are concerned about importing goods from Xinjiang?” Senator Patrick asked.

In response, Australian Border Force official Frances Finney did not give specifics, pointing to publicly-available advice on the website relating to the Modern Slavery Act.

“In the business advice we have on our internet, it doesn’t go to particular regions or locations – it goes to risk factors,” she said.

“The Act is not set up to be pointing to particular advice on regions at this point in time.”

The United Nations has cited credible reports that allege up to one million Uighurs have been held in political re-education camps in Xinjiang. China vehemently denies allegations of human rights abuses.

The UN warned that Uighurs have been forcibly transferred to work in factories in Xinjiang and elsewhere in the country.  Amid increasing concerns over the documented forced labor of Uighurs, Britain, Canada, and the United States have now all made moves to slow the importation of goods from Xinjiang.

These countries have implemented targeted measures directly to prevent imports from being sourced from forced labor in Xinjiang.   Senator Patrick questioned government officials over whether they had examined a US Department of Commerce blocklist of nearly 50 companies over alleged Xinjiang violations.

Again, government officials provided no firm answer on whether the government had inspected the list to determine any connections to Australian companies.

Senator Patrick questioned officials about why the government appeared not to have shown the due diligence to pursue this matter.  “[It] appears to me there is a list that has been complied that you are aware of, but you haven’t even gone down the simple pathway of seeing if those companies have Australian connections,” he said.

“Is there any reason why the people inside DFAT have not looked at this list and said – noting the concerns that we have – [that] we need to examine this?”

Peter Dutton's use of defamation law is 'cause for real concern', say lawyers defending refugee advocate 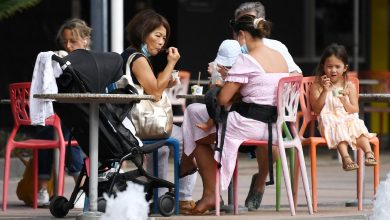