It was another week with another horrific mass shooting. Democrats and Republicans argued over the causes.

But beneath the timeworn political cycle on guns in the United States, the country’s appetite for firearms has only been increasing, with more being bought by more Americans than ever before.

While gun sales have been climbing for decades – they often spike in election years and after high-profile crimes – Americans have been on an unusual, prolonged buying spree fuelled by the coronavirus pandemic, the protests last summer and the fears they both stoked.

In March 2020, federal background checks, a rough proxy for purchases, topped one million in a week for the first time since the government began tracking them in 1998. And the buying continued until a week this spring broke the record with 1.2 million background checks.

“There was a surge in purchasing unlike anything we’ve ever seen,” said Dr Garen J Wintemute, a gun researcher at the University of California. “Usually it slows down. But this just kept going.”

Not only were people who already had guns buying more, but people who had never owned one were buying them too.

New preliminary data from Northeastern University and the Harvard Injury Control Research Center show that about a fifth of all Americans who bought guns last year were first-time gun owners. And the data, which has not been previously released, showed that new owners were less likely than usual to be male and white. Half were women, a fifth were Black and a fifth were Hispanic.

In all, the data found that 39 per cent of American households own guns. That is up from 32 per cent in 2016, according to the General Social Survey, a public opinion poll conducted by a research centre at the University of Chicago. Researchers said it was too early to tell whether the uptick represents a reversal from the past 20 years, in which ownership was basically flat.

“Americans are in an arms race with themselves,” said Marqueece Harris-Dawson, who represents South Los Angeles, where the surge in gun violence has been particularly sharp, on the City Council. “There was just as much a run on guns as on toilet paper in the beginning of the pandemic.” 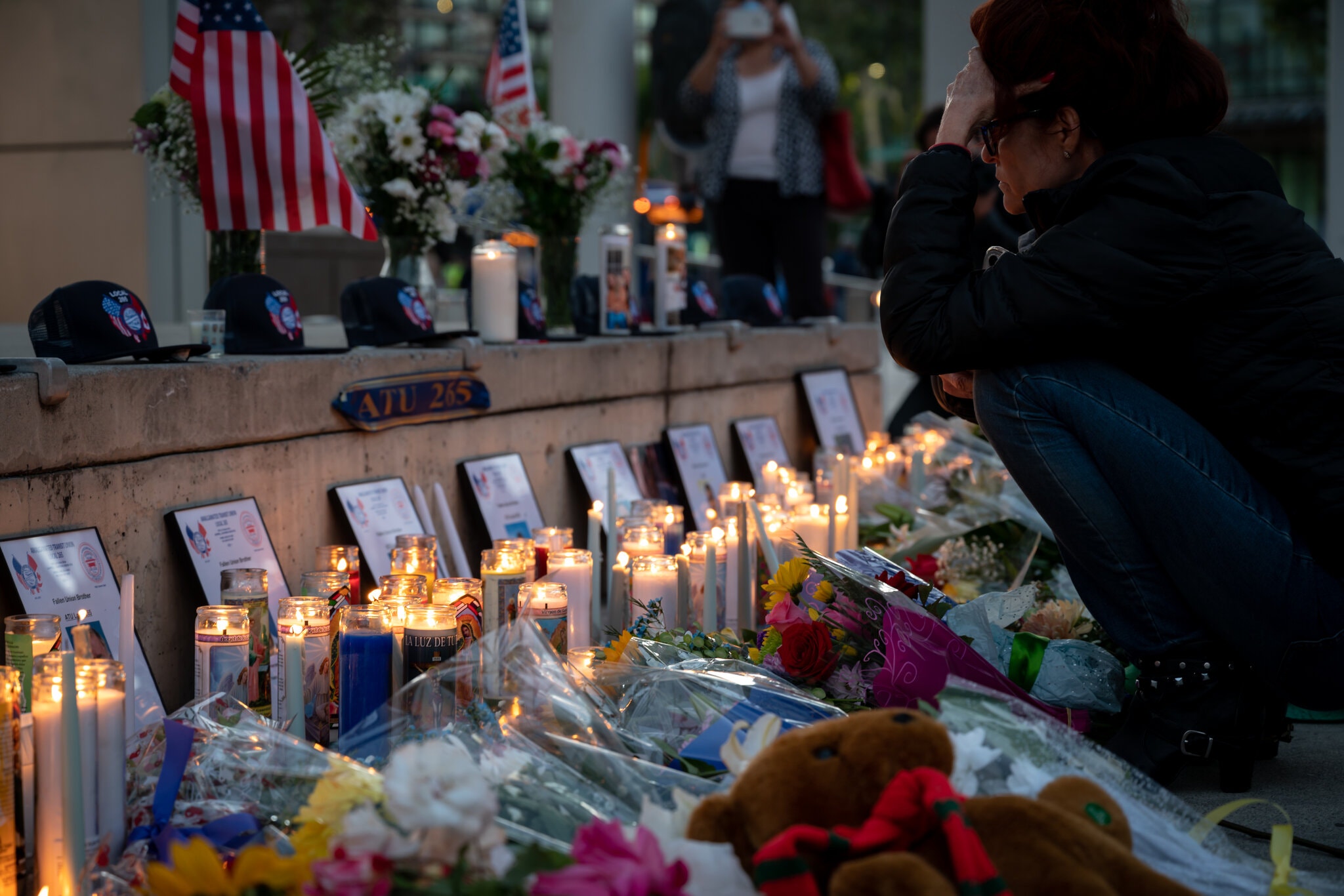 The mother of Jose Dejesus Hernandez at a vigil to honour the nine people, including her son, who were killed during a shooting in San Jose, California.

Now the gun debate is, once again, taking centre stage, this time at a moment of hardening political division and deepening distrust. Sales usually spike around elections, but the sheer volume this time is notable. It also gives a worrying glimpse into the way Americans view one another – as people they want to protect themselves from.

As the country’s major political parties move further apart, so does the legislation that flows from them – and like voting rights and abortion, guns are no exception. This month, Texas became the 20th state to pass legislation that says a permit is not required to carry a concealed handgun, according to Anne S Teigen, an expert at the National Conference of State Legislatures. Illinois and the city of San Jose, California, where nine people were killed in a mass shooting this past week, are considering bills that would tax things like ammunition, and certain types of guns.

There is no single reason for the surge, but social scientists point to many potential drivers.

Many gun store workers reported that last year set records for sales and also that they noticed different types of buyers walking in the door. Thomas Harris, a former law enforcement officer who works at the gun counter at Sportsman’s Warehouse in Roanoke, Virginia, said that around March last year, the customers he would speak with began to include more white-collar workers, such as people from insurance firms and software companies. He said many of the buyers were not conservative and most had never handled a gun.

“Outside of seeing something on TV or in a movie, they knew nothing about them,” he said, adding that they did not know how to load a gun or what a caliber was. He said many of these apparent first-time buyers purchased more expensive guns, in the range of $US400 ($A519) or more. The purpose, he said, was not to carry the gun around in public, but to keep it at home.

“They were saying: ‘We’re going to be locking down. We’re constrained to our homes. We want to keep safe.’”

The Northeastern and Harvard data come from a survey of 19,000 people conducted in April. Researchers found that about 6.5 per cent of American adults bought guns in 2020, or about 17 million people. That was up from 5.3 per cent in 2019, said Dr Matthew Miller, a professor of epidemiology at Northeastern, who conducted the study with Deborah Azrael, a researcher at Harvard.

While about a fifth of gun buyers last year were first-time buyers, the share was about the same in 2019, he said, suggesting that the trend did not start with the pandemic.

The pandemic accelerated a trend of rising gun sales. According to The Trace, a news outlet that tracks gun sales, purchases have been rising steadily over the past decade, with a jump around the beginning of 2013, after the Sandy Hook shooting. Sales did not change much under former President Donald J Trump, but they exploded in 2020, up by 64 per cent from the previous year. The single highest month last year was in June, as protests swept across the country after the murder of George Floyd.

Daniel Nass, data and graphics editor at the organisation, said that the raw numbers from the federal background check database include things like checks for concealed carry permits, and that The Trace adjusts the numbers to strip that out.

The government does not track the number of guns sold in the United States. Even the federal background check data do not give a complete picture, as many sales are private. Estimates of the total number of guns in circulation range as high as 400 million. 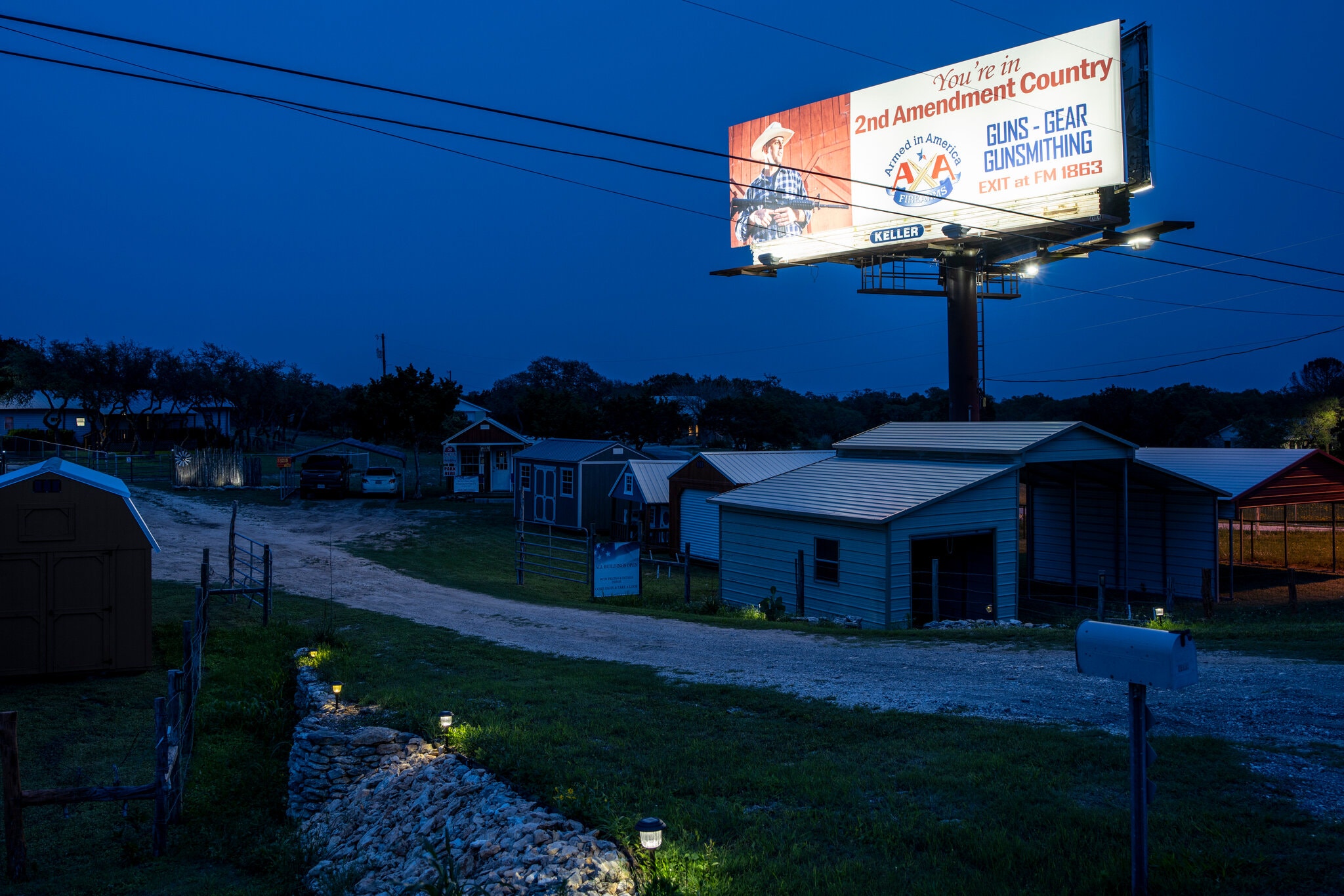 But while research has shown that higher gun prevalence is associated with a higher rate of gun deaths – including suicide – the question of whether a sudden surge in gun sales prompts a corresponding rise in gun violence does not have a clear answer.

Dr Wintemute, of the University of California, said he recently tried to find out. He analysed federal background check data from January 2018 through the first months of the pandemic. His research showed that more violence happened in states where gun purchases were up the most – but that many factors were at play, including lockdowns and job loss, and that it was not clear that gun sales in particular were the driver.

Nevertheless, he said, the buying surge was worrying, given just how sharp the rise in homicides was last year, up by a quarter, according to data from the FBI. An overwhelming majority of homicides in the United States are from guns. The jump has continued this year, up by about 18 per cent in a sample of 37 cities in the first three months, compared to the same period last year. Historically, however, the rate is still far below the ones from the 1990s.

“We have just turned the corner into some really awful territory,” he said.

Homicides in Los Angeles rose 36 per cent last year, and the city is seeing no let up in gun violence. Through mid-May, the number of shooting victims was up 68 per cent, while the number of reported shots fired was up 56 per cent.

Chief Michel Moore of the Los Angeles Police Department said it had recovered more than 3,000 guns through the end of April. He said that on average, officers in Los Angeles are recovering 25 guns per day, and that gun arrests are up by 60 per cent this year.

“The number of guns out there is just astonishing,” Chief Moore said.

Gun control advocates argue that more weapons in circulation means more Americans dying from guns, and that stronger regulations and gun buybacks would save lives. Gun rights advocates say restrictions end up obstructing law-abiding citizens and argue for more policing instead. Many Americans have expressed a hopelessness that the country will ever get a handle on the violence.

“There’s this fatalism,” said Dr Mark Rosenberg, an epidemiologist who helped establish the National Center for Injury Prevention and Control at the Centers for Disease Control and Prevention. “We’re so stuck,” he said, describing the thinking. “We have so many guns.” 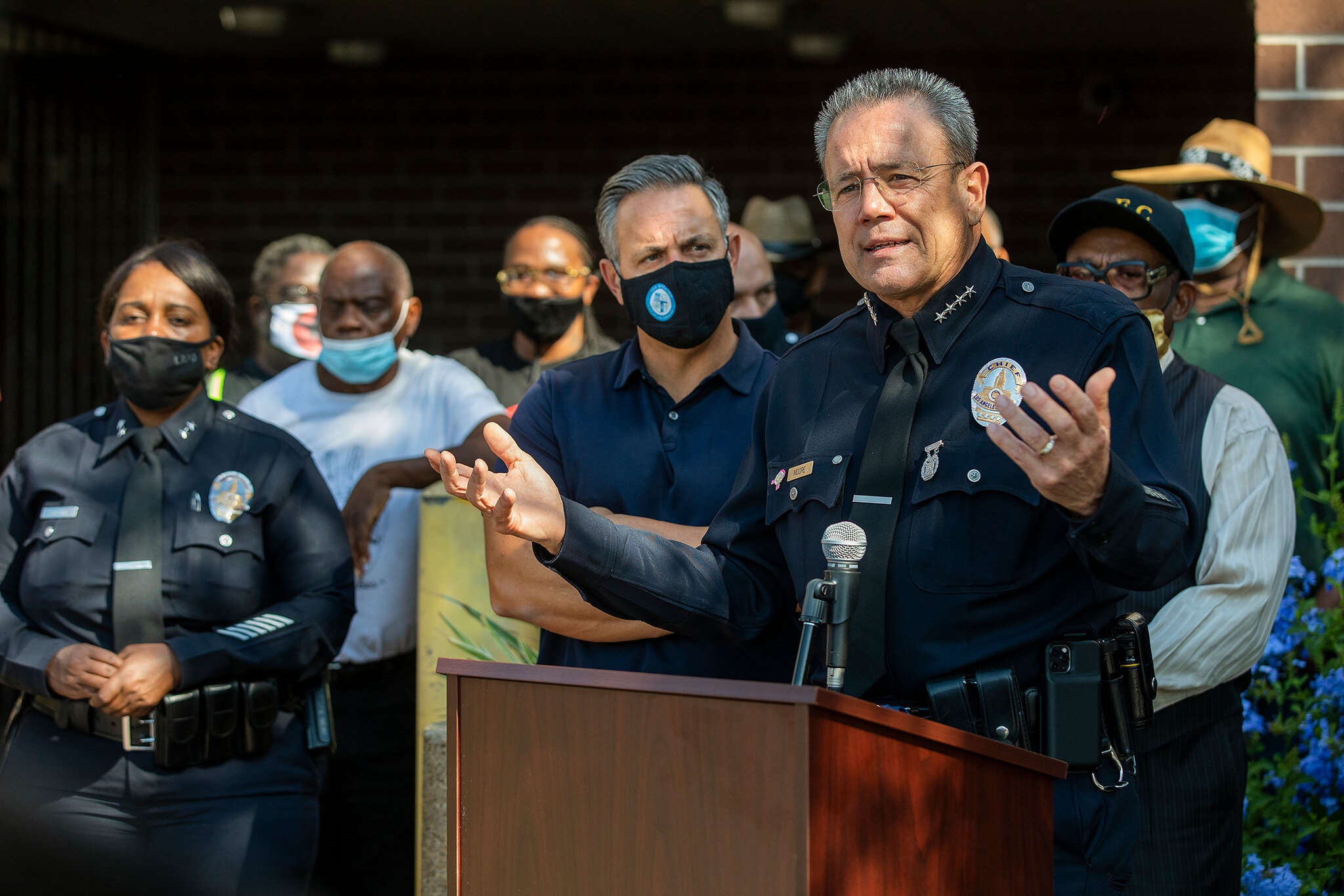 Chief Michel Moore of the Los Angeles Police Department said it had recovered more than 3,000 guns by the end of April.

But Dr Rosenberg and many epidemiologists pushed back on that thinking, saying there are interventions that reduce gun violence while also protecting gun rights. In California, whose gun laws are some of the strongest in the country, the per capita gun death rate has actually gone down over the years. Violent gun death rates in the state dropped by about half from 1989 to 2019, said David Hemenway, director of the Harvard Injury Control Research Center, compared to a 13 per cent drop for the nation.

Gary Kleck, a professor of criminology at Florida State University, said laws were often less effective than gun control advocates say. He said controls that targeted high-risk individuals, like mentally ill people, seemed to work better than those that sought to prevent young people from buying guns. Mass shootings, he said, were the least likely type of violence that laws would be effective against.

“Mass shooters in many cases are willing to die, working on a plan for weeks and months,” he said. “That’s the last person a law is going to stop. Gun control works with more casually motivated violence.”

Richard Rosenfeld, a criminologist at the University of Missouri in St Louis, said the focus on the sheer number of guns was misplaced.

“The critical issue is not simply the increase in the supply of guns but in the nature of the weaponry that’s being used in violent crime, and that has really changed,” he said.

Police departments across the country are reporting seizures of more powerful automatic or semiautomatic-style guns with larger magazines, he said, weapons that have a much higher probability of killing because of how quickly the rounds can be fired. He said it is not uncommon for dozens of casings to be found at a crime scene.

This article originally appeared in The New York Times.

England’s end of restrictions met with ‘disquiet from doctors’