Activists opposed to Myanmar’s military junta have called on people to stop paying electricity bills and agricultural loans, and to keep their children away from school, scorning the top general’s pledge at a regional summit to end the post-coup crisis.

Scattered protests took place in Myanmar’s big cities on Sunday, a day after Senior General Min Aung Hlaing reached an agreement at a summit of the Association of Southeast Asian Nations in Indonesia.

The junta chief did not submit to calls for the release of political prisoners, including the leader of the ousted civilian government, Aung San Suu Kyi, and the ASEAN accord lacked any timeline for ending the crisis.

An activist monitoring group says 751 people have been killed by security forces as the generals unleashed lethal force in the face of sustained protests against their 1 February coup.

Reuters is unable to confirm the death toll. The junta has significantly curbed media freedoms and many journalists have been detained.

A civil disobedience campaign of strikes has crippled the economy and raised the prospect of hunger, international aid agencies have warned.

Pro-democracy activists have called for an intensification of their effort from Monday by refusing to pay electricity bills and agricultural loans, and for children to stop going to school.

“All of us, people in townships, wards and then regions and states must work together to make a successful boycott against the military junta,” activist Khant Wai Phyo said in a speech at a protest in the central town of Monywa on Sunday.

“We don’t participate in their systems, we don’t cooperate with them.”

A spokesman for the junta did not answer calls seeking comment.

Hundreds of protesters were on the streets in several towns on Monday, media reported. There were no immediate reports of violence.

Activists criticised the agreement that came out of the ASEAN meeting, a so-called five-point consensus that included an end to violence, starting a dialogue among all parties, accepting aid, and appointing a special ASEAN envoy who would be allowed to visit Myanmar.

The agreement did not mention political prisoners although the statement said the meeting heard calls for their release. The Assistance Association for Political Prisoners advocacy group says 3,431 people are in detention for opposing the coup.

Ms Suu Kyi, 75, has been charged with various offences including violating a colonial-era official secrets act that could see her jailed for 14 years.

She won the Nobel Peace Prize in 1991 and has led Myanmar’s struggle against military rule for decades. Her party won a second term in November.

The election commission said the vote was fair but the military said fraud at the polls had forced it to seize power. 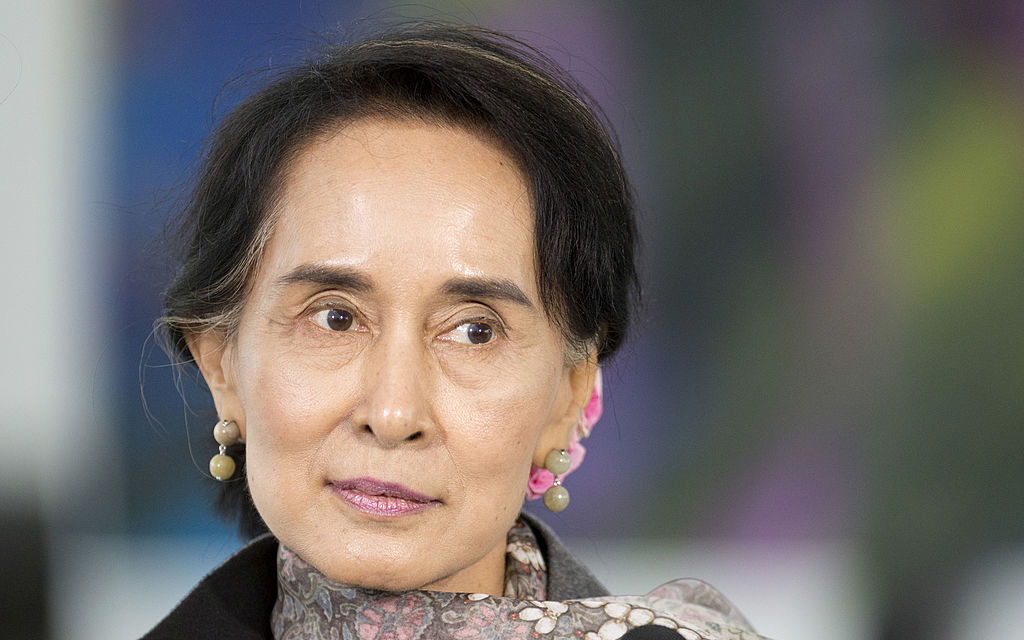 Aung San Suu Kyi has been charged with various offences including violating a colonial-era official secrets act that could see her jailed for 14 years.

Ms Suu Kyi appeared via video link for a hearing in her case on Monday and again asked the court that she be allowed to meet her lawyers in person, a member of her legal team said.

Police told the court they had referred her request to higher authorities and were “working on it step by step”, lawyer Min Min Soe told Reuters.

Ms Suu Kyi looked healthy but appeared to have lost weight, he said.

She has only been allowed to talk to her lawyers via video link in the presence of security officials and it is not known if she is even aware of the turmoil that has engulfed the country since the military seized power.

Her lawyers have said the charges against her were trumped up. The next hearing is on 10 May.

The European Union welcomed the five-point consensus as an encouraging step forward in ASEAN’s efforts to resolve the crisis and was ready to help support dialogue with “all key stakeholders”, EU foreign policy chief Josep Borrell said in a statement.

“The European Union will also continue to call for the immediate release of all political prisoners,” he said.