The partial collapse of a multi-storey residential building in the beachfront Florida town of Surfside has hit the area’s Jewish community especially hard, but it is united in the face of tragedy, even as frustrations mount over the slow search for survivors.

“We are a very tight community,” Zalmi Duchman, a 41-year-old who lives a few blocks away from the disaster scene at the Champlain Towers complex, told AFP. “We know many of the family members who live in the building, or relatives.”

Mr Duchman, who has lived in Surfside for 20 years after growing up in nearby Miami Beach, lent a helping hand Friday at a local community center, now a gathering point for those seeking information about the 159 people still unaccounted for.

“Something like this is just impossible to expect – you go to sleep at night and then…” Mr Duchman said.

“Obviously, it has hit us very hard, but there is still hope. As Jews, we believe heavily in miracles and never giving up, resilience, trying to stay positive in dark times.” Jewish faithful pray at the Shul of Bal Harbour after members of the community were reported missing in the partial collapse of a beachfront condo.

In Surfside, there are about 2,500 Jews – about half the town’s population – and many of them are members of the Hasidic Chabad-Lubavitch movement, according to the Israeli media.

But Mr Duchman says that number has surely grown since the eruption of the coronavirus pandemic, with many residents having children.

In many homes in the area, US and Israeli flags hang in windows or on doors.

‘Not enough is being done’

On one balcony, a resident has put up a homemade banner reading “Surfside Strong” – a phrase often adopted after tragedies in the United States.

Since the partial collapse of the building early Thursday, people have donated food, clothes, other supplies and toys at the community center or at the Shul, the local Jewish center.

The Shul is “really a pillar of the community,” Mr Duchman said.

But faced with the possibility that the death toll could rise much higher, and the painstakingly slow search and rescue operation, some are getting anxious and frustrated. 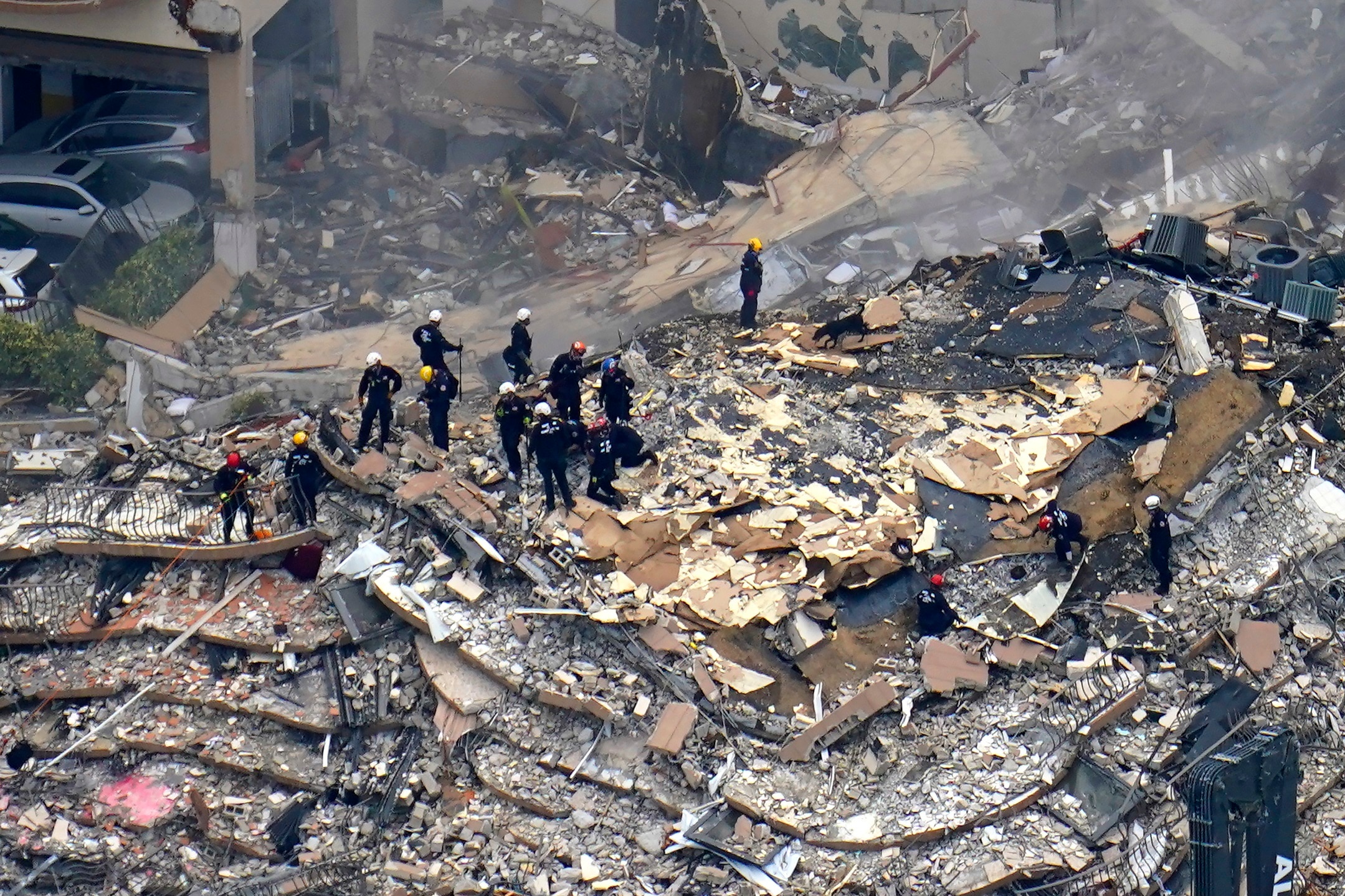 Rescue workers search in the rubble at the Champlain Towers South Condo.

“Not enough is being done,” said Mike Salberg, who came from New York after the accident. Five of his family members, including his parents, are unaccounted for.

“I want answers,” he told AFP. “The families are sidelined. We’re being told that they have the best crews but they don’t have the ability and the capacity… 40 hours later, four dead.”

He said he hoped engineers sent to the site by Israel would be able to take part in the search.

“The heat is rough – they’re trapped. Hopefully there is still hope. There is no question about it – there are survivors,” Salberg said.

'Spreading rapidly': The WHO studies extent of infectiousness of Delta variant