A new film about the 2019 Christchurch terror attacks has been criticised by members of New Zealand’s Muslim community, who say the film’s narrative has the wrong focus on white voices and the ‘White Saviour narrative’.

According to reports in US-based entertainment news outlets, a film is being produced in New Zealand by Kiwi director Andrew Niccol, with Australian actress Rose Byrne to be cast as the central character of New Zealand Prime Minister Jacinda Ardern.

The film’s producers said it has been developed in consultation with members of Canterbury’s Muslim community.

But members of the community said they were not aware of the film’s production and have criticised the emphasis on New Zealand Prime Minister Jacinda Ardern, rather than the Muslim community.

“It’s frustrating that this was tragedy that happened to the Muslim community and yet the story is starting a week after,” said Anjum Rahman from The Islamic Women’s Council of New Zealand.

“And it feels very much like we are props in someone else’s story. That is not appropriate for a tragedy of this nature. And I would really urge the producers to rethink their approach.”

She said community-based efforts to target racism and white supremacist sentiments should continue, noting that the threat still exists and film portrayals can damage efforts to build social cohesion.

“It is good that the government has formed a board to provide support to the victims. There is some movement. But this is part of a wider narrative [of white supremacist views].

“We just had two young Japanese people beaten up in Christchurch by two young white men. A couple of weeks ago, in the news there was a white supremacist video that was threatening to the Maori community.

“So there is still a lot of work to be done. And we can’t forget what history is – or minimise, or pretend it is not there, while we tell heroic stories.”

The film is entitled They Are Us, a phrase Ms Ardern used in the aftermath of the shootings, which killed 51 people and injured many more. 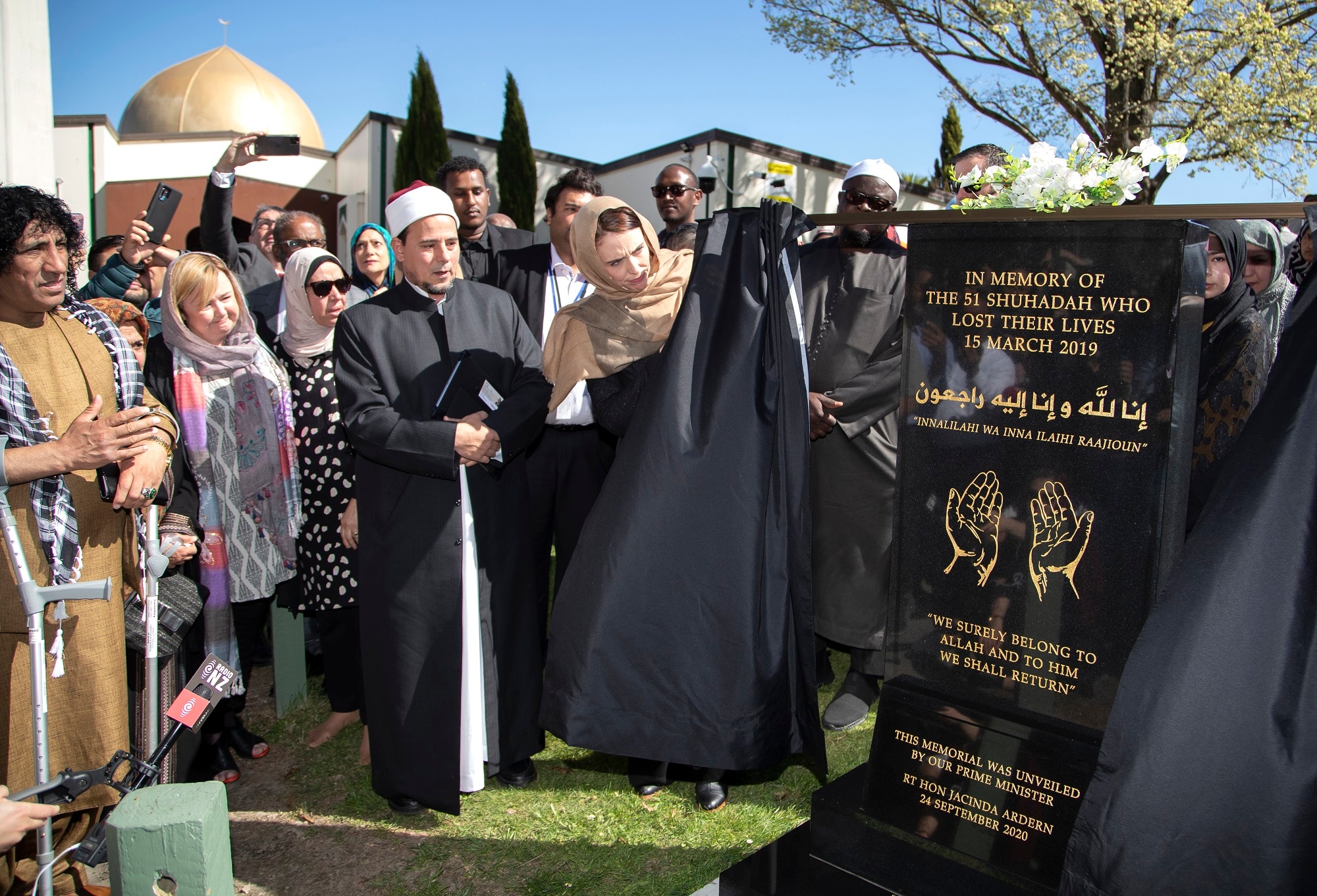 Ms Ardern has distanced herself from the movie, releasing a statement saying “the prime minister and the government have no involvement in the film”.

Scholar Guled Mire, a Somali-born Muslim refugee raised in New Zealand, said the whole vision of the film is problematic and offensive.

“This othering narrative, we ask who is ‘they’, and who is ‘us’?

“We still haven’t even talked about these families who are suffering. Can we talk about the bravery, the heroism that took place in the Muslim community, if such a film were to ever occur?”

“Some feel that perhaps it is even too soon for a film because we’re still feeling the effects from that day.”

He said this Hollywood film depiction does nothing to tackle the issue of racism or white supremacist views in New Zealand.

“We have bought into this idea that we are not as racist as Australia or US, so when an attack like Christchurch happened we were all shocked. We were all shocked because we living in complete denial about life in New Zealand.

“And I think something like this feeds into a false depiction of who we are as a country. Here in the US when I talk to people [as a New Zealander], all they want to talk about is Jacinda Ardern.

“And to have a movie like this in Hollywood… But I don’t need that gaslighting. Nobody needs that. New Zealanders place flowers outside the Al-Noor Mosque on second anniversary of the 2019 attacks.

“The rest of the world deserves to hear the reality of daily life in New Zealand.”

Aya Al-Umari, whose brother Hussein was murdered in the attack, said it was insensitive, tweeting the classic Kiwi-ism “Yeah nah”.

Auckland-raised Muslim poet and journalist Mohamed Hassan produced The Guest House podcast, which explores the grieving process of the New Zealand Muslim community in the aftermath of the Christchurch mosque attacks.

He said the commercial exploitation of a story that is still unfolding for grieving members of New Zealand’s Muslim community is distressing.

“It being sold as a feel good inspirational story. But this is a story about 51 people who were massacred in the worst terrorist attack in recent history in New Zealand.

“This is one of the most difficult things that we as a country as a Muslim community have had to deal with – and to see it turned it in a blockbuster that is so tone deaf in its approach – and that clearly did not take this community into account – is really upsetting.”

Earlier, he wrote on Twitter that the film’s focus on Ms Ardern seemed to come at the expense of the impacted community.

“This pain is still fresh and real. This is upsetting, obscene and grotesque.”

You do not get to tell this story.

You do not get to turn this into a White Saviour narrative.

This is not yours.

This pain is still fresh and real.

This is upsetting, obscene and grotesque. I am tired. https://t.co/WqyIbBWQ8p

Mr Niccol and the film’s producers said the project would focus on a “host of heroes” and is aimed at being uplifting.

“They Are Us is not so much about the attack but the response to the attack (and) how an unprecedented act of hate was overcome by an outpouring of love and support,” he is quoted as saying in entertainment news outlet Deadline.

“The film addresses our common humanity, which is why I think it will speak to people around the world.

“It is an example of how we should respond when there’s an attack on our fellow human beings.”

The National Islamic Youth Association in New Zealand has started a petition for the film to be “cancelled immediately”.

The co-chair of NIYA, Haris Murtaza, said the film is “insensitive” and “tokenistic” in its consultation and portrayal of the Muslim community.

“The shuhadaa’ (martyrs), their families, and the wider victim community deserve to be thoroughly consulted and at the heart of any projects that relate to the March 15th terror attacks.

“Entities and individuals should not seek to commercialise or profit from a tragedy that befell our community, neither should such an atrocity be sensationalised.”

In August 2020, Australian man Brenton Tarrant was sentenced to life imprisonment without parole for carrying out the attack.

Britney Spears’ dad claims she has dementia, according to new documentary