Critics have sounded alarm bells for the public as India’s brutal second wave of COVID-19 whittles away “whatever remains of democracy”.

India has been brought to its knees after five straight days of setting global infection records, surpassing 350,000 new coronavirus cases in a single day on Monday.

The brutal second wave has left politicians in a state of disarray as Prime Minister Narendra Modi attempts to steady his country’s reaction to the crisis.

Fronting the media on Sunday, Modi admitted the explosive resurgence of COVID-19 resulted from India becoming too complacent after stamping out the first wave in 2020. He urged the public to get vaccinated, advising they only get updates from “authentic sources” and not bite at any “rumors”.

“I urge people not to fall prey to any rumor about vaccines. You must be aware the government of India has sent free vaccines to the State governments,” Modi stated.

“The free vaccination program of the government of India will continue. I urge the State governments to utilize this scheme and ensure that maximum people have been vaccinated.”

The New York Times revealed that more than 100 posts from civilians criticizing the government’s handling of the latest outbreak have been removed from the internet. Authorities reportedly pressured social media companies, with Twitter falling in line and deleting dozens of dissident posts on request.

Employees in India face harsh punishments, including jail time for ignoring government requests to suppress political debate on their platforms.

The recent sweep came two months after the country announced new social media laws, forcing companies to hand over the name of the original sender of any message deemed “mischievous” and threatening the sovereignty of India.

Nikhil Pahwa, the editor of Indian tech publication Medianama, criticized the new reforms, saying they granted the government “disproportional” power over the public under the guise of national security.

“These are laws that are meant to control speech and give the government disproportional power over citizens,” Pahwa said via the ABC. “I strongly hope these rules will be challenged in the Supreme Court.” 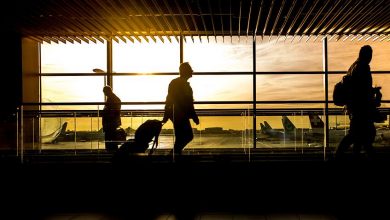