India’s virus caseload has topped an enormous number, but there is some hope the worst of the devastating wave may have passed. India’s coronavirus caseload topped 20 million on Tuesday as the relentless surge finally forced the suspension of the nation’s lucrative cricket competition involving some of the sport’s most prominent global stars. The South Asian nation’s plight was in stark contrast to Europe and the United States, where mass vaccinations have allowed the easing of many coronavirus restrictions.

More than 350,000 new cases were reported in India Tuesday, a drop from the peak of 402,000 last week, giving some cause for optimism that the worst of the devastating wave may have passed. But daily deaths are still high at 3,500. “If daily cases and deaths are analyzed, there is a very early signal of movement in the positive direction,” senior health ministry official Lav Aggarwal told reporters. “But these are very early signals. There is a need to further analyze it.

India’s healthcare infrastructure has struggled to cope with many cases, with severe shortages of medicines, hospital beds, and medical oxygen.

But the glitzy Indian Premier League, the world’s richest Twenty20 cricket tournament, had carried on in empty stadiums, sparking criticism that it was inappropriate under the circumstances.

Organizers said they did not want to compromise the safety of staff and players, including some of the world’s biggest cricket stars from India, Australia, England, and New Zealand.

“These are difficult times, especially in India, and while we have tried to bring in some positivity and cheer … it is imperative that the tournament is now suspended,” they said in a statement.

More states are beginning to implent lockdown across the country as its vaccination program falters after reaching an all-time high last month.

On April 5, the country hit a peak of 4.5 million, but that number has since dropped to below two million.

Clinics in one of its worst hit cities, Delhi, a handful of clinics have begun vaccinating young adults.

The wave in the South Asian nation — spurred by huge gatherings including the Hindu festival Kumbh Mela — has highlighted the danger of COVID-19, which has already claimed more than 3.2 million lives worldwide.

Religious events are a threat in neighbouring Pakistan too, where authorities are battling a third wave of infections and urging Muslims to observe precautions during the Islamic month of Ramadan. Despite the warnings, thousands of Shia Muslims — many not wearing masks — gathered in the eastern city of Lahore on Tuesday for an annual religious procession. Pakistani authorities have largely avoided clamping down on such religious activities in recent months even as markets and schools have been closed.

PM: Australia has ‘no greater friends’ than the US and the UK 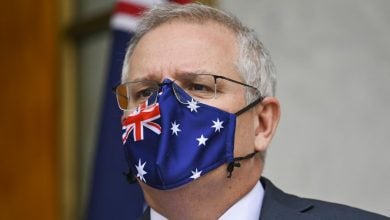 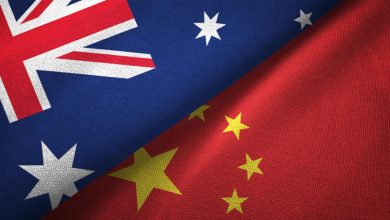