According to The Australian’s Greg Sheridan, India’s coronavirus crisis was caused by a mixture of “bad luck and bad management” as the Modi government “became complacent” after a relatively calm first wave.

India’s coronavirus death toll has officially surpassed 200,000, but experts and health workers warn the accurate scale of devastation is much worse. More than 360,000 new cases were reported in the past 24-hours, the seventh consecutive day where global records were beaten. Mr. Sheridan said the early form of coronavirus did not hit India particularly hard because it wasn’t well adapted to attack youth, which encompassed a large portion of India’s population.

“India became complacent and then this new mutant variety, the double mutant strain, is clearly much more deadly, much more infective, and much more likely to attack young people,” he said. “India has shipped out more than 70 million vaccine doses, it hasn’t made enough domestically, and it hasn’t bought enough internationally”.

“India is absolutely critical to Australia as a strategic partner and critical to the region in balancing China,” he said.

“The prestige of Indian state capacity is plummeting when Chinese prestige is rising”. 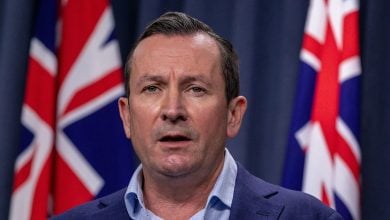