More than 50 years later, he’s every bit as popular. Heck, he might be more popular.

At age 84, the affable, silver-haired Plump remains one of the state’s top basketball ambassadors, and nothing, not a pandemic or an unprecedented NCAA Tournament, can keep those yearning to meet him away.

“I’ve had quite a few requests, mainly from fans,” he said. “We’ve had people come into our restaurant/sports bar (during the NCAA Tournament), and one group I remember was four students from Rutgers who drove 11 hours for the game, then had to go back to school the next day. They came all that way for one game.”

Summary show
Or perhaps just to meet Plump. It wouldn’t be the first time.
Around the state, Plump is revered for other reasons.
This year’s tourney has admittedly been different for the 1954 Mr. Basketball Award winner.
And yet, the one reminder things aren’t all that different is the continued clamoring to be near Plump.
Plump couldn’t stay entirely away from the games, either.
For Plump, it’s pure heaven.
Sign up for Daily Newsletters

Or perhaps just to meet Plump. It wouldn’t be the first time.

Most fans naturally link Plump with Hinkle Fieldhouse because of the last-second shot in 1954 to give Milan High School the state championship inside the venerable arena on the Butler campus. They know it as the shot that inspired the movie “Hoosiers.”

Around the state, Plump is revered for other reasons.

Old-timers remember him leading Milan to the 1953 semi-state round, Indiana’s version of the final four. They watched Plump and his high school teammate, Ray Craft, emerge as stars on Tony Hinkle’s Butler Bulldogs. After graduating from college, Plump became a Hinkle regular and enjoyed celebrity status and high school teammates during 2010 and 2015 Final Fours played in Indianapolis.

“I don’t think people who don’t live in the state really get the high-level interest we have in basketball,” Hall of Fame player George McGinnis said. “It starts at the high school level, and it’s all because of a guy like Bobby Plump, the guy that made the shot heard ‘round the world that really started this whole thing.”

This year’s tourney has admittedly been different for the 1954 Mr. Basketball Award winner.

While all 66 games have been played in Indiana with one remaining, Monday night’s title game between undefeated Gonzaga and Baylor, Plump has been less visible.

COVID-19 concerns prompted him to scale back public appearances months ago, and three fused discs in his back along with the occasional bout with vertigo have made it increasingly difficult to attend games. His restaurant, Plump’s Last Shot, was closed from late December until March 17, when warmer weather reopened. Plump calls it a coincidence the tourney started that week.

And yet, the one reminder things aren’t all that different is the continued clamoring to be near Plump.

“Here we are the first day of my involvement in the NCAA Tournament, and I get out of the car and who’s waiting for me but Bobby Plump aka Jimmy Chitwood in the movie ‘Hoosiers,’” longtime CBS broadcaster Jim Nantz told the network’s Los Angeles’ affiliate recently. “He (Plump) was waiting with a signed basketball from the 1954 Milan High School basketball team.”

Plump also enjoyed the photo op but wasn’t watching when Nantz mentioned it during his first telecast from Hinkle. Instead, a former teammate called Plump to explain Nantz sounded as if he was tearing up while telling the story on the air. It wasn’t the first time they met during the 2010 Final Four coaches banquet, nor was it the only request he accepted. The Plump doesn’t turn down many.

“I had somebody in there doing a commentary on Mr. Basketballs, and we talked for three hours,” Plump said. “They probably used three minutes of it, but it was fun.”

Plump couldn’t stay entirely away from the games, either.

When the fieldhouse historian invited him to join “Hoosiers” screenwriter Angelo Pizzo at the Villanova-Baylor regional semifinal game to celebrate the 35th year since the movie’s release, Plump couldn’t resist. He even got a new perspective on the old arena as he watched from a balcony suite.

“It’s the best seat in the fieldhouse,” Plump said. “Instead of seeing it sideways, you can see plays develop. I had never experienced that before. Angelo and I were looking at the plays and the development of the plays; it was just immaculate.” This week, Plump attended dinner with a family from Georgia. The family patriarch grew up in Indiana and always dreamed of meeting Plump.

So when another family member got Plump’s number, he called and set up the meeting that was sure to give Plump another opportunity to tell some of his boundless, entertaining tales of yesteryear as he seems to do every tourney season.

They wanted to go to the restaurant and wanted to look at the memorabilia. Still, really he wanted to talk about basketball and specifically the movie ‘Hoosiers and Milan and how it compared,” Plump said. “I get those calls all the time.” 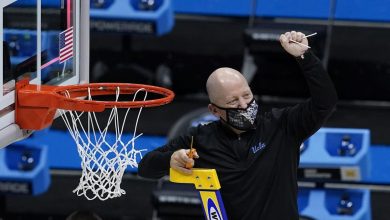 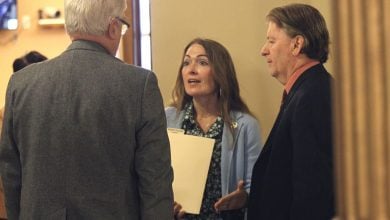 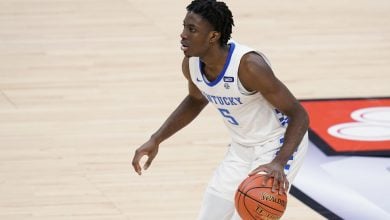