Summary show
The building is located near Indianapolis International Airport.
The gunman is also dead after taking his own life when police arrived on the scene.

The building is located near Indianapolis International Airport.

Indianapolis Metropolitan Police have confirmed eight victims have died from apparent gunshot wounds. They were pronounced dead at the scene.

The gunman is also dead after taking his own life when police arrived on the scene.

“We don’t feel there is an active threat to the community at this time,” Public Information Officer Genae Cook told reporters. “We have multiple people with injuries consistent with gunshot wounds. We have others that have been transported to various hospitals throughout the area.”

Earlier, police said there were “multiple victims”, though it was unclear exactly how many people were shot or the extent of their injuries. According to local news reports, the scene has been declared a “mass causality, Level 1”. This reportedly allows more emergency responders to be dispatched to the scene.

The Indianapolis FedEx facility employs more than 4500 people and is the company’s second-largest hub globally. Employees inside the FedEx revealed they saw the gunman just meters away from where they were hiding, Jeremiah Miller telling WISH he heard multiple shots being fired.

Seville could be alternative to Bilbao to host Euro 2020 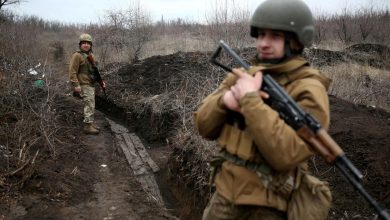