This week, it overtook Brazil to become the country with the second-highest number of cases worldwide.

In the past day, it also recorded over 1,000 deaths, health ministry data showed, taking its total to 175,000, although India is far behind many other countries on a per capita basis.

After a lockdown one year ago caused widespread misery and one of the sharpest downturns of any major economy, the central government is desperate to avoid a hugely unpopular second shutdown.

But many states are tightening the screws, particularly Maharashtra and its capital Mumbai, which introduced stricter restrictions for its 125 million people this week.

This had prompted many migrant workers to flee Mumbai and other cities in the state, in scenes reminiscent of the exodus from Indian towns and cities a year ago when the government halted all activity almost overnight.

Deserted roads are seen during restrictions imposed by the state government amidst rising COVID-19 coronavirus cases in Mumbai on 15 April 2021.

Hospitals around India are now struggling to cope, running short of beds, oxygen, and coronavirus medicines like remdesivir. The government on Wednesday postponed high school exams for 15 to 18-year-olds, which were to be held in May and June, amid the resurgence of the virus.

According to local authorities, India’s drive to vaccinate its 1.3 billion people has also hit obstacles, with just 114 million shots administered so far and stocks running low.

The government has also put the brakes on the Serum Institute – the world’s largest maker of vaccines by volume – exporting to other countries.

Poorer countries and some wealthy nations have relied heavily on Serum for supplies of the AstraZeneca vaccine. Still, last month New Delhi told the institute to prioritize domestic needs. 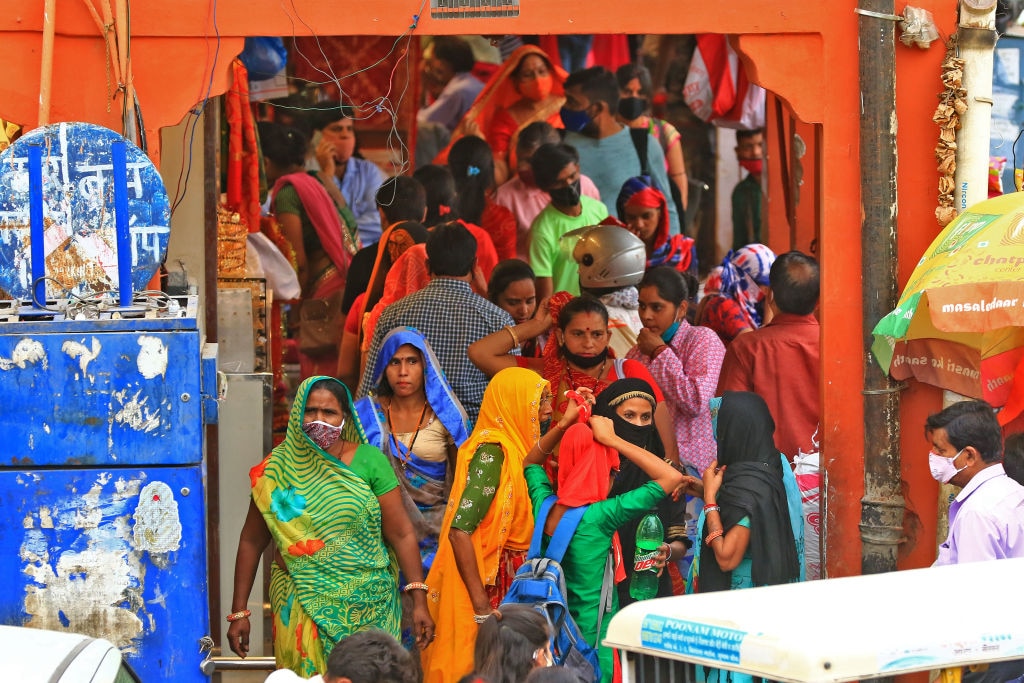 Visitors rush at a market of Badi Chaupar amid a surge in coronavirus cases, in Jaipur, Rajasthan, India, on 14 April 2021.

The ongoing religious festivals include the Kumbh Mela in Haridwar in northern India, which has seen millions of Hindu pilgrims – mostly without masks – massing on the banks of the holy Ganges river.

The virus was detected in more than 1,000 people in just 48 hours in Haridwar, officials said on Wednesday. “Our faith is the biggest thing for us. It is because of that strong belief that so many people have come here to take a dip in Ganga,” Siddharth Chakrapani, a member of one of the Kumbh Mela organizing committees, told AFP. “They believe that Maa (mother) Ganga will save them from this pandemic.”

With Western troops leaving Afghanistan, Afghan-Australians fear what could be around the corner