Egypt and Israel are holding high-level talks in both countries to shore up a fragile truce between Israel and the Hamas militant group and rebuild the Gaza Strip after a punishing 11-day war that left much of the enclave in ruins. Egyptian Foreign Minister Sameh Shukry met with his Israeli counterpart, Gabi Ashkenazi, who landed in Cairo on Sunday. According to the Egyptian Foreign Ministry, it was the first public visit by an Israeli foreign minister in over a decade.

The Israeli Embassy in Cairo said that Mr. Ashkenazi’s visit is the first for a top Israeli diplomat since 2008. It wrote that the two ministers would discuss topics including the ceasefire and the release of Israeli soldiers and citizens held by Hamas. 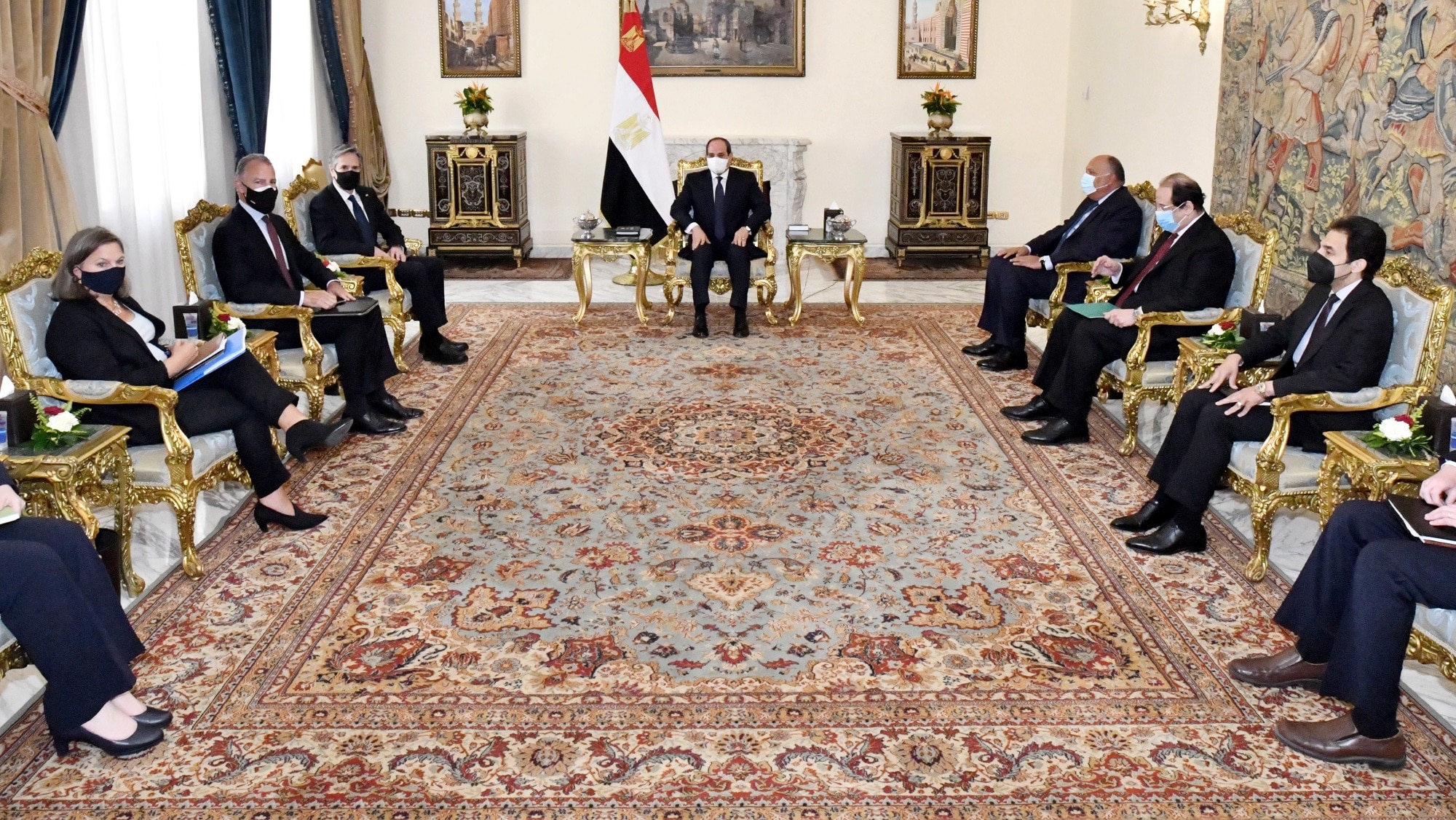 Egyptian President Abdel Fattah al-Sisi (center) meets with US Secretary of State Anthony Blinken (third left) in Cairo on 26 May 2021. The official said Mr. Kamel would discuss with Mr. Netanyahu and the Palestinian Authority how to rebuild Gaza. Mr. Kamel is then expected to meet with Hamas leaders in Ramallah.

The discussions with Israeli officials are also expected to touch on a set of measures that would allow materials, electricity, and fuel into the territory and the possible expansion of the maritime space allowed for Gaza fishermen, the official said. “The role of the Palestinian Authority is central in the talks,” he said. “Egypt is seeking to have it deeply involved in the reconstruction process.”

The 11-day war killed more than 250 people, mostly Palestinians, and caused heavy destruction in the impoverished coastal territory. Preliminary estimates have put the damage in the hundreds of millions of dollars. Egypt was critical in mediating a deal between the two sides.

The official said Egypt would offer guarantees that rebuilding funds will not find its way to Hamas, possibly going through an international committee led by Egypt or the United Nations to oversee the spending.

Mr. Kamel will also discuss the situation in Jerusalem and ways to water down tensions in the holy city, including ease of Israeli restrictions at the Al-Aqsa Mosque and how to prevent the planned eviction of Palestinian families from the Sheikh Jarrah neighborhood in East Jerusalem.

The talks in Gaza and Tel Aviv would also look into the possibility of releasing Palestinian prisoners in Israel in return for Israelis held by Hamas, the official said.

Egypt last week invited Israel, Hamas, and the Palestinian Authority for separate talks in Cairo to consolidate the Cairo-mediated ceasefire and accelerate the reconstruction process in Gaza.

Hamas leader Ismail Haniyeh is expected to visit Cairo this week, according to the group’s spokesman Abdelatif al-Qanun, who also said Hamas is open to discussing a prisoner swap with Israel.