We had a lot of chances to score more goals. Unfortunately, we didn’t manage to,” Mancini said.

Italy moved three points ahead of idle Switzerland atop the group as the Azzurri remained on pace to reach the 2022 tournament in Qatar – having failed to qualify for the 2018 World Cup.

Northern Ireland and Bulgaria now have a point apiece after drawing 0-0. Lithuania remained on zero points. The Azzurri, who have also qualified for the Nations League final four, extended their unbeaten streak overall to 25 games. After two opening victories, Mancini opted to rotate the squad, having lost Marco Verratti and Alessandro Florenzi to injuries.

The Azzurri struggled to carve out chances in the first half. However, Švedkauskas had to make a flying save to keep Emerson Palmieri’s effort from going into the top right corner shortly before the interval.

However, Italy was a different team after the break as Mancini brought Federico Chiesa and Sensi, and the two substitutes combined to break the deadlock.

Chiesa’s shot was saved by Švedkauskas, and Manuel Locatelli slotted the loose ball out to Sensi, who controlled it before firing into the bottom left corner.

“I think certainly the coach urged the players on, gave them the right indications to start the second half strong,” Sensi said. “I don’t know precisely what he said because I was out warming up, he had told me to get ready, that I would come on from the first minute of the second half.

Summary show
“So I think he gave them indications to turn the match around.”
Sign up for Daily Newsletters

“So I think he gave them indications to turn the match around.”

Italy almost doubled its lead immediately, but Švedkauskas pulled off a double save to deny first Matteo Pessina and then Immobile. Švedkauskas made several other saves while Azzurri also sent several chances wide.

Lithuania almost scored a shock equalizer in the 66th minute, but Fedor Černych headed past the right post under Italy debutant Rafael Tolói.

Italy finally doubled its lead with the last kick of the match as Immobile drilled a penalty into the bottom left corner after Donatas Kazlauskas tripped Nicolò Barella. 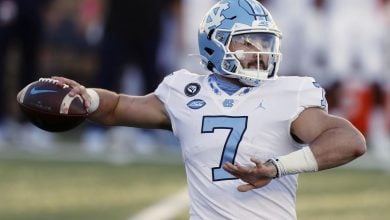 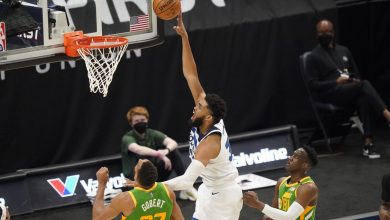 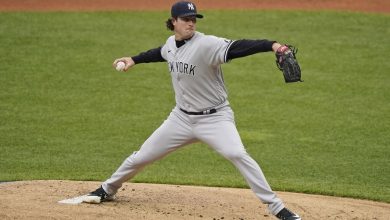 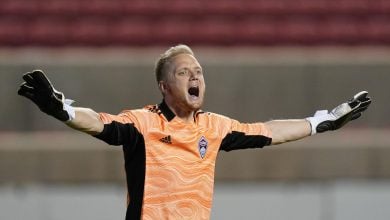