HARRISONBURG, Va. (AP) – Percy Agyei-Obese rushed for 128 yards, two touchdowns, and freshman Antwane Wells Jr. had TD receptions of 19 and 63 yards, helping James Madison beat North Dakota 34-21 in the FCS playoffs on Sunday night. Top-ranked James Madison (7-0) visits No. 4 Sam Houston in the semifinals on Saturday. James Madison is the No. 3 seed, and Sam Houston is the second seed.

The Dukes never trailed. Agyei-Obese made it 10-0 midway through the first quarter when he capped a 13-play, 80-yard drive with a 3-yard touchdown run. The 6-foot-1, 200-pound Wells set career highs with seven receptions for 143 yards. Cole Johnson was 14-of-17, passing for 251 yards for JMU.

Otis Weah had 13 carries for 96 yards for North Dakota (5-2), including a 10-yard TD run that made it 17-14 with 1:40 left in the second quarter. But Ethan Ratke made a 32-yard field goal for James Madison as time expired in the first half. Wells bounced off a would-be tackler at the 7 before scoring his first TD, making it 27-14 late in the third quarter. North Dakota punted on its ensuing drive and then made a crucial mistake. With James Madison in punt formation on fourth-and-3 from its own 27,

the Fighting Hawks jumped offside, handing James Madison a fresh set of downs. Three plays later, Johnson hit Wells, streaking down the left sideline to give the Dukes a 20-point lead with 10:06 to play. Wells, who had 15 receptions for 239 yards and two touchdowns in five regular-season games, has combined for 275 yards receiving and three TDs on 11 catches in the first two rounds of the playoffs. 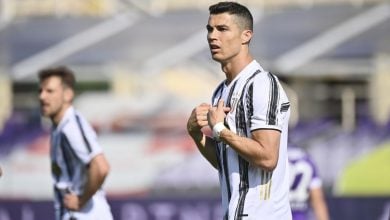 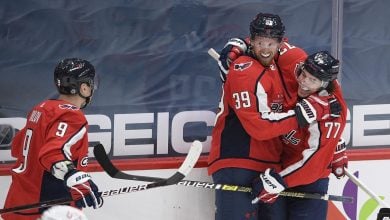 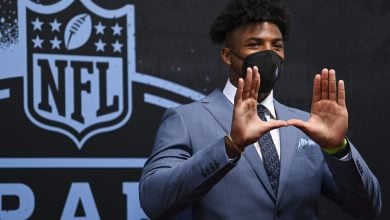 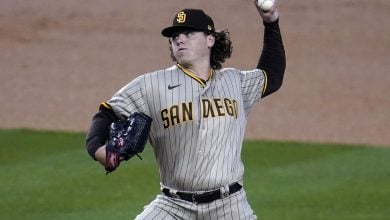