US President Joe Biden has recognised the 1915 killings of Armenians by Ottoman forces as genocide, a watershed moment for descendants of the hundreds of thousands of dead as he defied decades of pressure by Turkey.

Mr Biden became the first US president to use the word genocide in a statement on the anniversary, a day after informing Turkish leader Recep Tayyip Erdogan of the decision and seeking to limit the furore from the NATO ally.

“We remember the lives of all those who died in the Ottoman-era Armenian genocide and recommit ourselves to preventing such an atrocity from ever again occurring,” Mr Biden said.

“We affirm the history. We do this not to cast blame but to ensure that what happened is never repeated.”

The statement is a massive victory for Armenia and its extensive diaspora. Starting with Uruguay in 1965, nations including France, Germany, Canada and Russia have recognised the genocide, but a US statement has been a paramount goal that proved elusive under previous presidents.

Australia is yet to recognise the genocide. On Saturday, hundreds rallied in Sydney and Melbourne to call for Prime Minister Scott Morrison to formally recognise the massacre of Armenians at the hands of the Ottoman Empire more than a century ago.

Mr Erdogan, in a statement to the Armenian patriarch in Istanbul, said debates “should be held by historians” and not “politicised by third parties.”

“Words cannot change or rewrite history,” Turkish Foreign Minister Mevlut Cavusoglu tweeted moments after Mr Biden’s statement. “We will not take lessons from anyone on our history.”

We have nothing to learn from anybody on our own past. Political opportunism is the greatest betrayal to peace and justice.

We entirely reject this statement based solely on populism.#1915Events

Explaining Mr Biden’s thinking, an administration official pointed to the Democratic president’s vows to put a new priority on human rights and highlighted his outspokenness on systemic racism in the United States.

Across the world, “people are beginning to acknowledge and address and grapple with the painful historical facts in their own countries. It’s certainly something that we are doing here in the United States,” the official said. 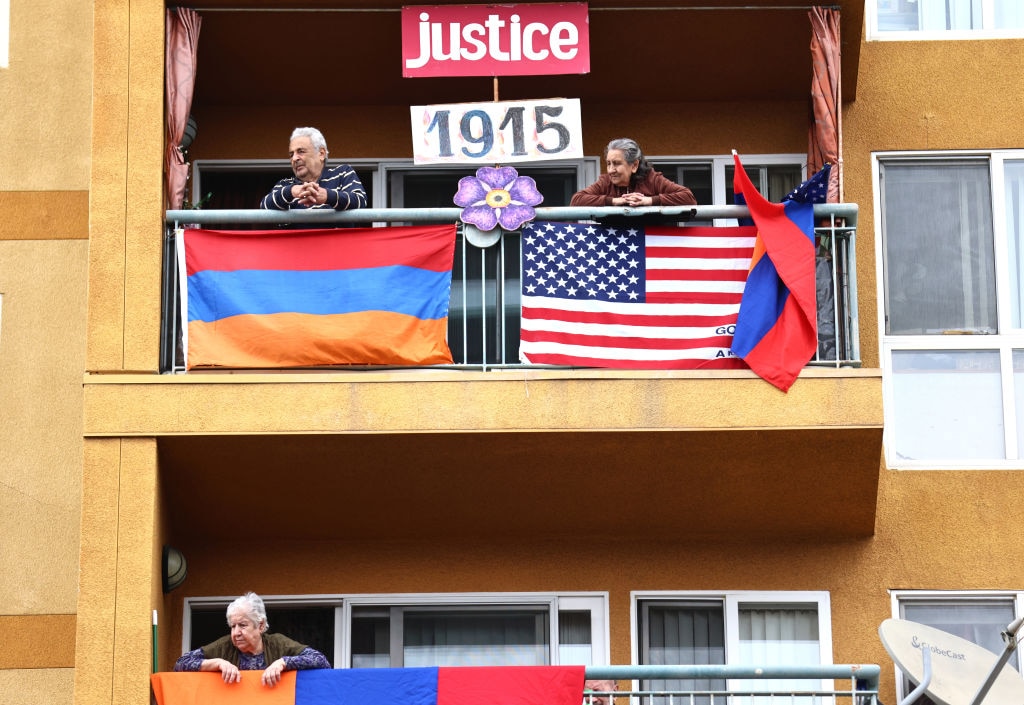 President Joe Biden has become the first sitting US president to declare the mass killings of Armenians by the Ottoman Empire in World War I as genocide.

A century of waiting

As many as 1.5 million Armenians are estimated to have been killed from 1915 to 1917 during the waning days of the Ottoman Empire, which suspected the Christian minority of conspiring with adversary Russia in World War I.

Armenian populations were rounded up and deported into the desert of Syria on death marches in which many were shot, poisoned or fell victim to disease, according to accounts at the time by foreign diplomats.

Turkey, which emerged as a secular republic from the ashes of the Ottoman Empire, acknowledges that 300,000 Armenians may have died but strongly rejects that it was genocide, saying they perished in strife and famine in which many Turks also died.

Recognition has been a top priority for Armenia and Armenian-Americans, with calls for compensation and property restoration over what they call Meds Yeghern – the Great Crime – and appeals for more support against Turkish-backed neighbour Azerbaijan.

The Azerbaijani foreign ministry said Mr Biden’s statement “distorted the historical facts about the events of 1915” and echoed Turkey’s call for the killings to be “studied by historians, not politicians”.

Azerbaijan defeated Armenia last year in a war over the disputed Nagorno-Karabakh region, in which Ankara backed its ally Baku and which left Armenia traumatised.

Armenian Prime Minister Nikol Pashinyan thanked Mr Biden for his “powerful step towards justice and invaluable support to the heirs of the Armenian genocide victims”.

In the Armenian capital Yerevan, Taline Nourian, 41, said her people have been waiting for this moment for years.

“We wanted it before Biden,” she told AFP. “I think Turkey will be afraid now because all countries are going to start recognising (the genocide).”

Mr Biden, whose call to Erdogan to inform him of the genocide recognition was their first conversation since the US leader took office three months ago, signalled he hoped to contain the fallout.

They agreed in their call to meet in June on the sidelines of a NATO summit in Brussels, officials said.

Beyond statements, Turkey did not immediately announce any retaliatory steps – in contrast to angry measures taken over previous Western moves to recognise the genocide.

Tensions have risen sharply with Turkey in recent years over its purchase of a major air defence system from NATO adversary Russia, and its incursions against pro-US Kurdish fighters in Syria. People take part in a demonstration to commemorate the 1.5 million Armenians killed in the Ottoman-era slaughter, near the Turkish consulate in Los Angeles.

The US Congress in 2019 voted overwhelmingly to recognise the Armenian genocide, but the Trump administration made clear that the official US line had not changed.

Alan Makovsky, an expert on Turkey at the left-leaning Center for American Progress, said that the 2019 congressional resolution had “no discernible impact” on US-Turkey relations – and paved the way for Mr Biden to go ahead.

At a pro-Armenia rally in New York on Saturday, the crowd of several hundred included Aram Bowen, 33, whose great-great-grandfather was beheaded by the Ottomans during the massacres.

“Turkey is never going to recognise it as genocide,” he said.

“So for us on so many levels, the closest thing to that actually becoming official worldwide, it was when the United States and the president himself acknowledged the genocide.”

Astros' Odorizzi out after 5 pitches with forearm tightness