Traditional owners in the Northern Territory are celebrating the return of land rights over the Kakadu township, Jabiru.

Jabiru was established as a mining town and sits just over 250km southeast of Darwin.

The town is home to a vibrant traditional art centre, the home of the notorious Cahills Crossing where fishermen battle crocs for a catch, and on the doorstep of World-Heritage listed Kakadu National Park.

It is hoped the handback will bring certainty to the town’s future after mining operations ceased in January.

Senior Mirarr traditional owner Yvonne Margarula spoke at the ceremony in the Indigenous language of Kundjeyhmi, with her message of joy translated as she spoke.

“I want to thank everybody who has been working with us to assist us to have this land returned to us,” said Ms Margarula.

“This land was left to us by our ancestors and now it comes back to us again.”

A traditional ceremony and dance marked the occasion with Federal Minister for Indigenous Australians Ken Wyatt calling it a “monumental moment in history”. “I watched the joy in Yvonne’s eyes – that conveyed a lot of emotion to me,” he said.

“I was thinking about all those who are now gone and wanted their land back after fighting against the mining.

“Their children are now the recipients of the future (they wanted) and generations to come.”

The Mirarr people have been fighting for their land for more than four decades.

Last year, federal parliament unanimously passed amendments to the Aboriginal Land Rights Act which paved the way for the handover.

The application for native title was first lodged in the Federal Court on 1 September 1997.

Corben Mudjandi is a younger traditional owner and said the Mirarr people hope to gain back economic independence and turn the township into a vibrant hub for tourism and culture. 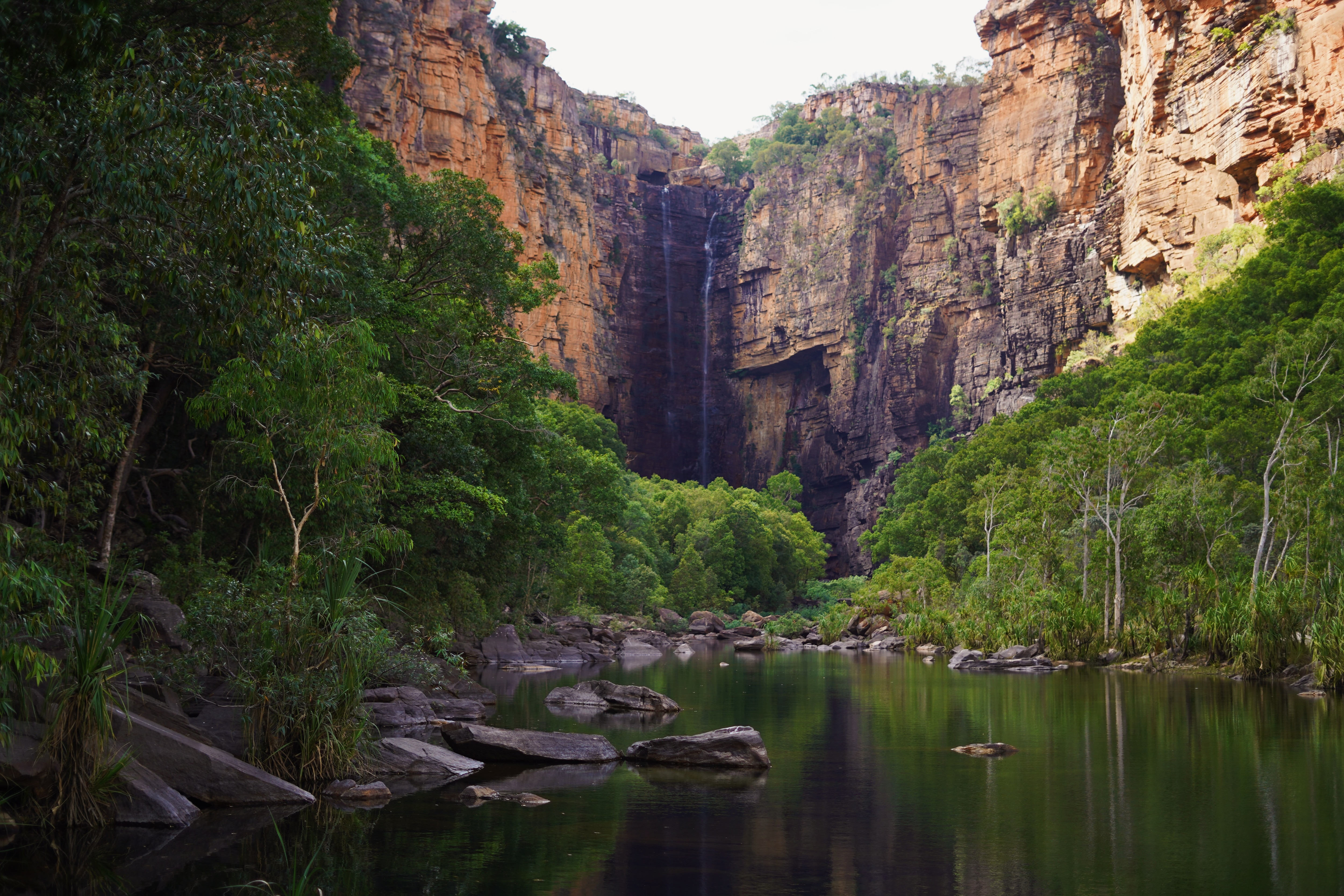 The Jabiru site is near the World Heritage-listed Kakadu National Park.

“My aunties have been fighting for this since before I was born, and I started looking into what we’ve been doing and now it’s finally here,” he said.

“I feel it is going to be a very bright future. People are already talking about tourism and other government buildings.”

Jabiru was built in 1982 to house hundreds of miners working in the nearby Ranger Uranium Mine.

After operations ceased in January, the town’s future became unclear.

Federal Minister for Environment Sussan Ley said she is confident of the town’s survival.

“In other parts of Australia when a mine closes the town closes too. We’re determined that doesn’t happen to Jabiru,” said Minister Ley. An artist at Marrawuddi Arts & Culture centre in the Kakadu National Park.

“Working together will make sure that this becomes the gateway to the World Heritage-listed Kakadu National Park and it will become an incredibly special place, not just for Australians but for the rest of the world.”

Mine operator Energy Resources of Australia is required to rehabilitate the mine site over the next five years so it can be incorporated back into Kakadu National Park.

Minister Ley guaranteed the site will be monitored carefully.

“That monitoring will go on very long term until we’re absolutely certain that no effects have leaked out from the mine site,” she explained.

“The conversations that I’ve had with ERA are about making sure that the investment they make assures that.”

About $276 million dollars in federal funding has been granted to support the town’s transformation, as well as $135 million from the Northern Territory government.